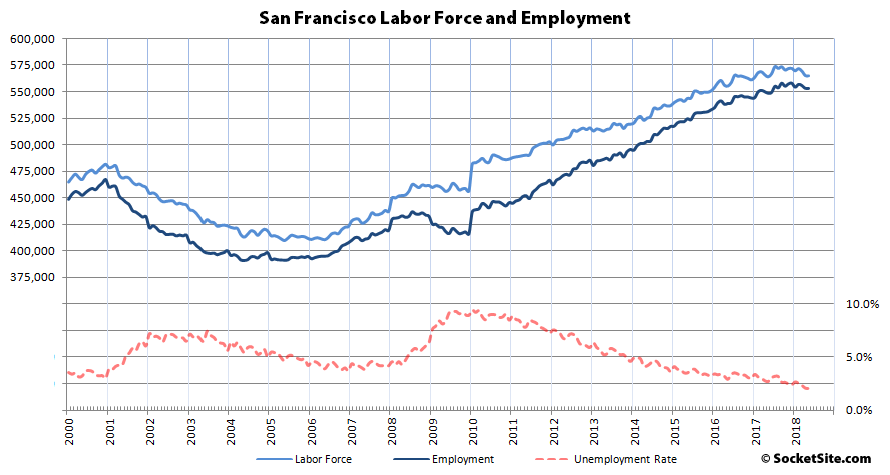 While the unemployment rate in San Francisco is holding at a record low 2.1 percent, the number of people living in the city with job has actually dropped by 4,900 to 552,900 since the beginning of the year. And while the estimated change in employment last month was a negligible slip of 100, San Francisco was the only Bay Area County to record a slip and employment in the city typically ticks up in May, averaging a gain of around 1,000 over the past six years.

That being said, there are still 4,600 more people living in San Francisco with paychecks than there were at the same time last year and 116,200 more since the start of 2010.

In Alameda County, which includes the City of Oakland, the estimated number of people living in the county with a paycheck has dropped by 4,600 since the beginning of the year to 820,400 but did gain 1,300 in May and remains 5,600 higher on a year-over-year basis with a gain of 127,600 since January of 2010 and the unemployment rate has dropped to a record low 2.6 percent. 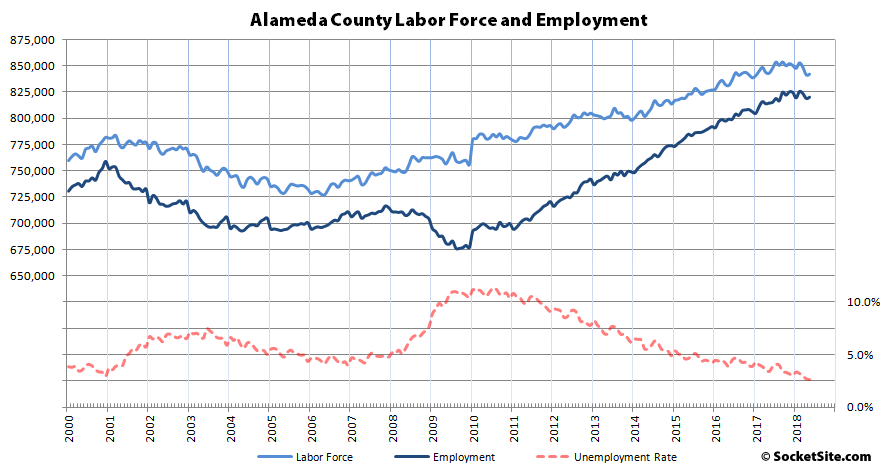 Up in Marin, the number of employed residents inched up by 700 to 137,000, which is even on a year-over-year basis while the unemployment rate has dropped to a record low 2.1 percent.

And down in the valley, employment in San Mateo County was unchanged in May but remains 3,900 higher on a year-over-year basis and the unemployment rate has dropped to a record low of 1.9 percent, while the number of employed residents in Santa Clara County inched up by 1,100 last month to 1,019,100, which is 19,800 more than at the same time last year and the unemployment rate dropped to a new record low of 2.3 percent.