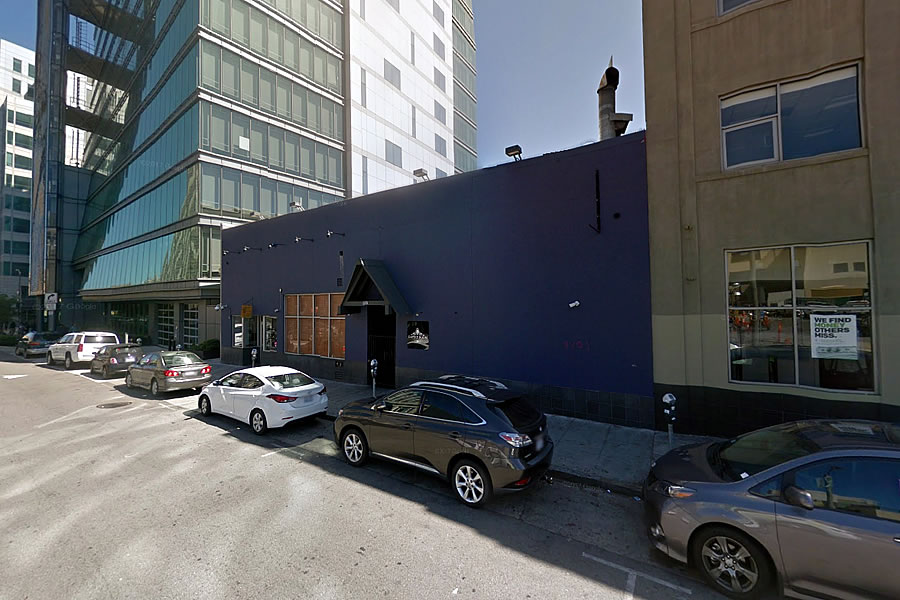 The new plans for an eleven-story building to rise on the site of the former Stars/Trader Vic’s/Maestro building turned Empire Room at 555 Golden Gate Avenue could be approved next week.

As now designed by RG-Architecture, versus Natoma Architects as previously rendered, for JS Sullivan Development, the proposed project now includes 55 condos (a mix of 17 one-bedrooms, 35 twos and 3 threes) over 1,600 square feet of retail/cafe space and a garage for 21 stacked cars and 55 bikes with its entrance on Redwood Alley behind. 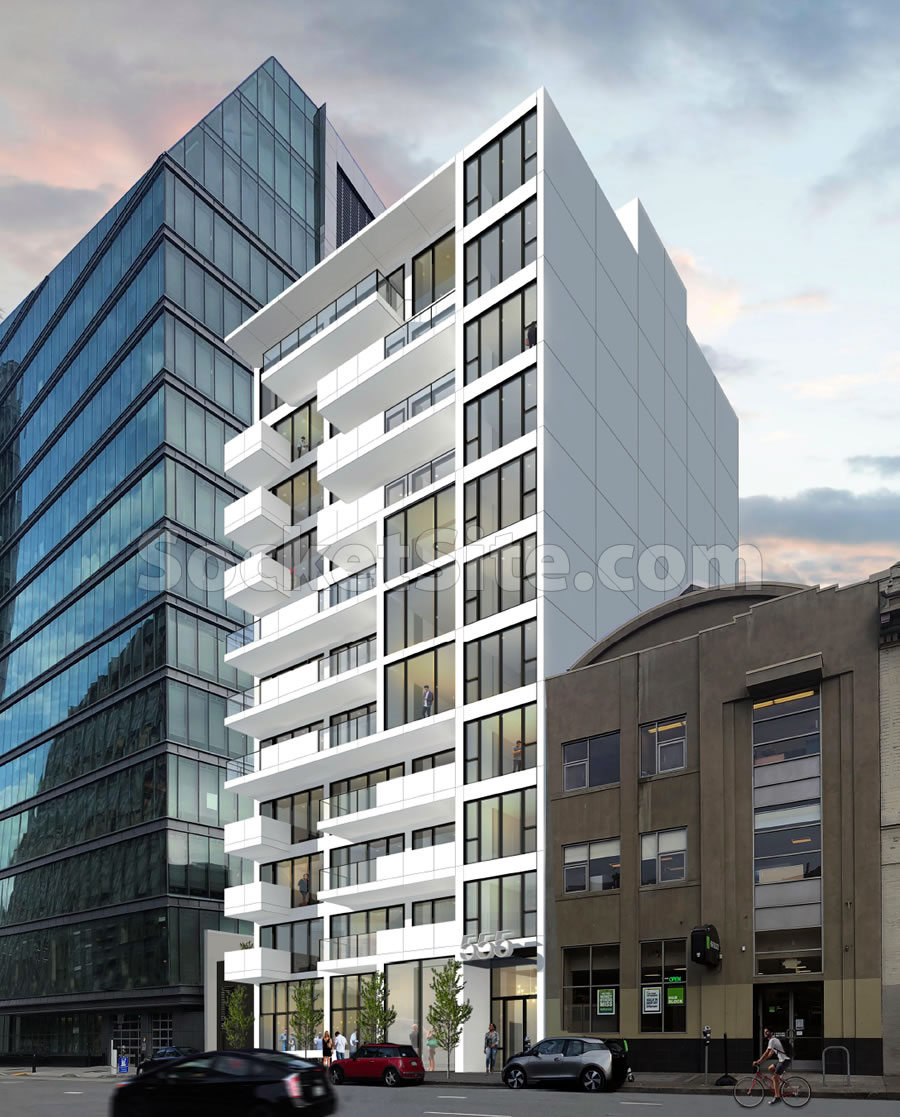 And the previously proposed public passageway between Golden Gate and Redwood has been eliminated, but the project’s two commercial spaces would still front both streets. We’ll keep you posted and plugged-in.