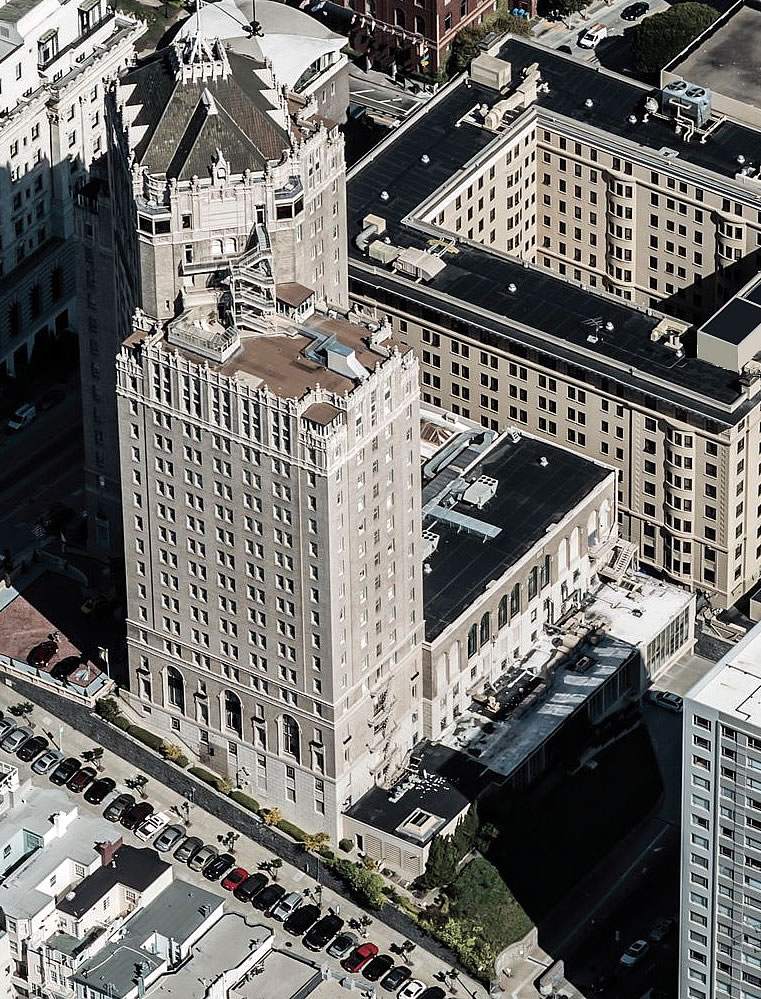 Plans to expand the historic InterContinental Mark Hopkins Hotel atop Nob Hill at 999 California Street, which was sold to Leadwell Global Property for $206 million last year, are in the works.

As envisioned, the single-story office addition to the south of the hotel’s landmark 19-story tower would be demolished and four-story “annex” would be added along Pine Street. 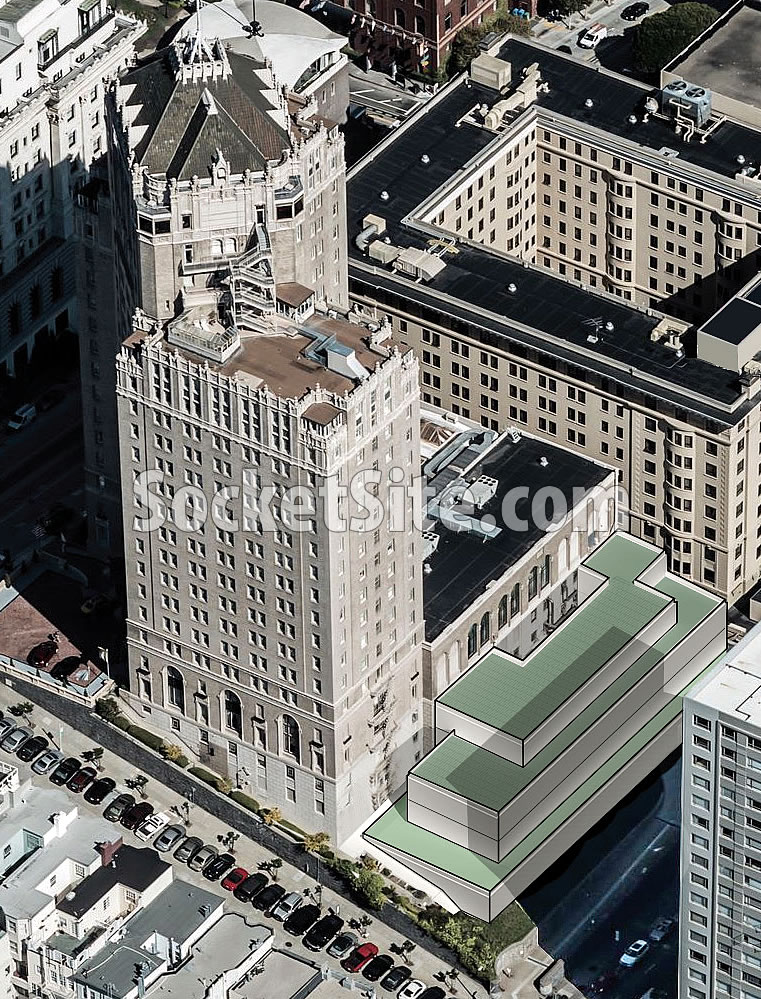 In addition to 15-20 new suites, the 32,000-square-foot addition would yield an 11,000-square-foot wellness center and new rooftop terrace adjacent to the hotel’s existing Peacock Court ballroom.

According to the project team, the addition would rise to a height of 50 feet, topping out just shy of the ground level floor of the ballroom, “nestle[d] into the sloping contours of the site, [and] gradually stepping back with a series of terraces from Pine Street to minimize the visual impact of the addition.”

And the architecture of the Annex, which is being designed by Skidmore Owings & Merrill (SOM), is slated to be compatible with the historic features of the landmark hotel building, “while avoiding any false historicism, in keeping with the Secretary of the Interior’s Standards.”

Nine-Story NoPa Development in the Works