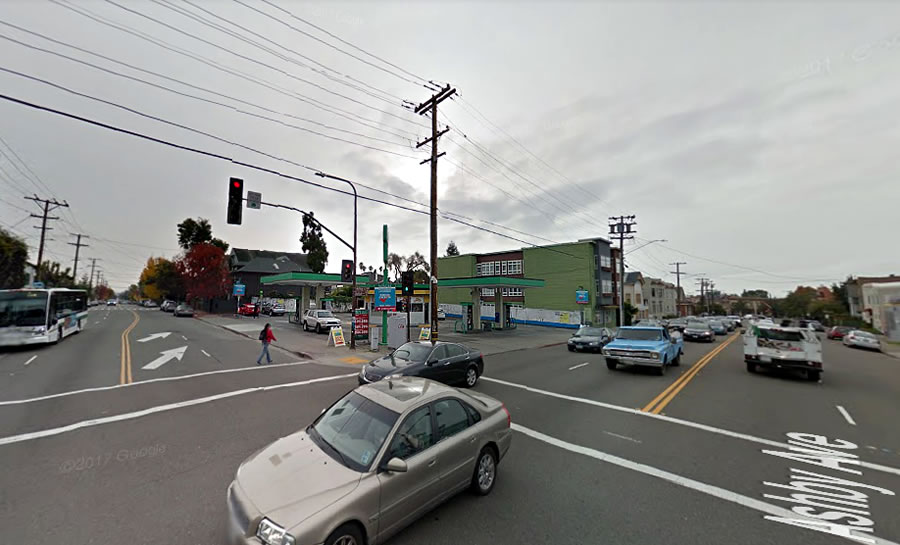 Plans to level the Berkeley Gas & Smog station on southwest corner of Shattuck and Ashby Avenues have been in the works since 2015, at which point a five-story development with 44 residential units and a total of 53 bedrooms, counting a studio as one, had been envisioned to rise over 4,000 square feet of ground floor commercial space. 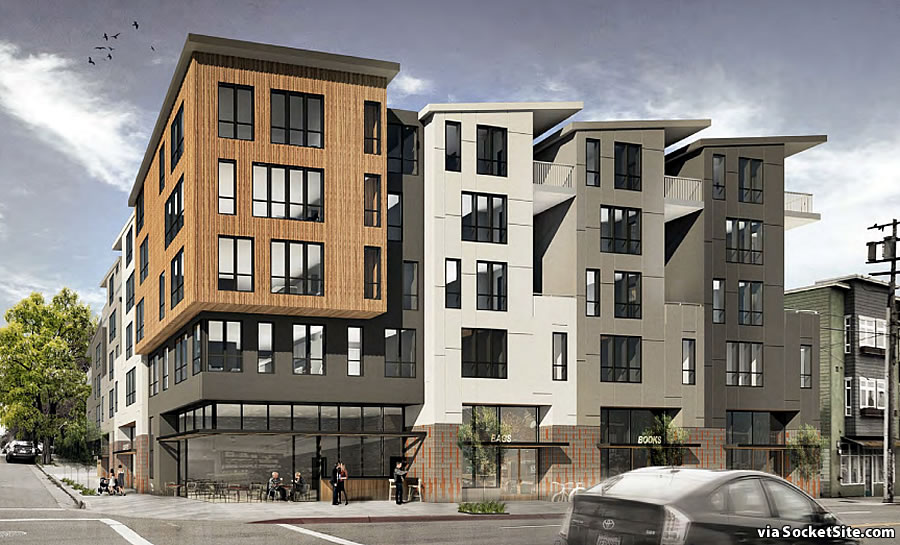 But as newly rendered by Devi Dutta Architecture below, the proposed development has been redesigned.

And while the number of residential units has been reduced to 23, the effective leaseable bedroom count is up to 80, with 18 of the units designed as three to six-bedroom “co-living” units, with shared living rooms, kitchens, bathrooms and a central courtyard. 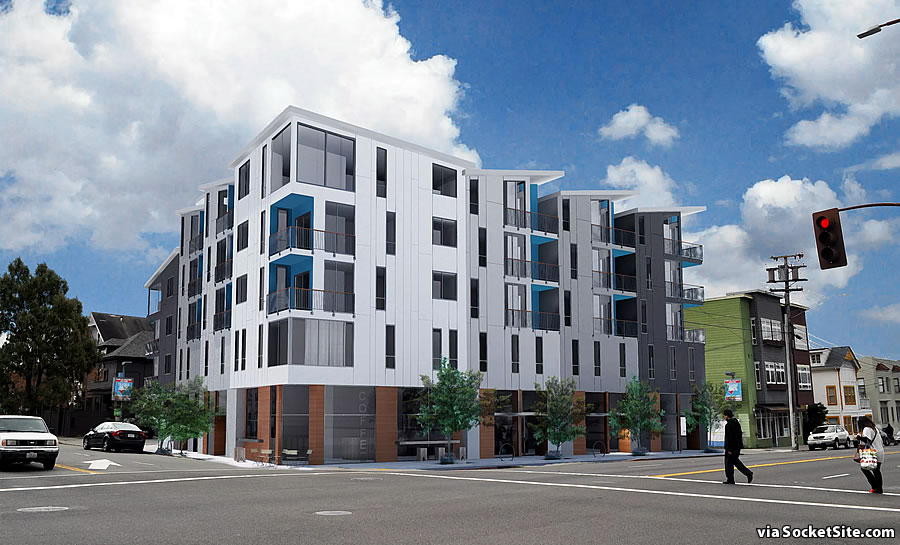 The ground floor commercial space has also been reduced to 3,600 square feet, with a 1,700 square foot café on the corner. And in terms of parking, while there’s a six-car garage for the employees and patrons of the café, there’s no off-street parking for the building’s residents, other than for 45 bikes.

Pending Home Sales Inch up in the U.S., Drop in the West