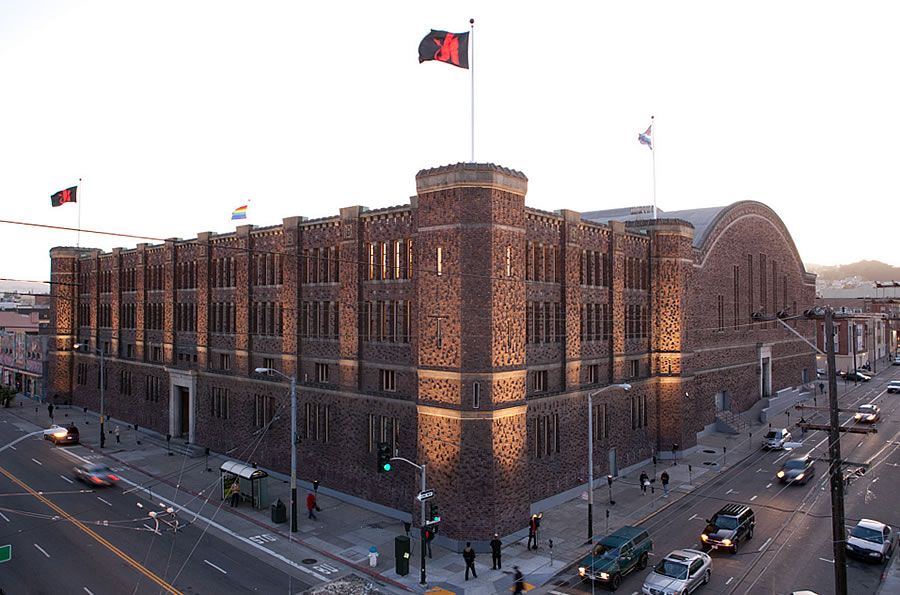 While the developer who recently paid $65 million for the landmark San Francisco Armory in the Mission has ties to the Soho House chain of private clubs and hotels, the zoning of the parcel upon which the Armory sits (Urban Mixed Use) would have to be changed to allow for its conversion into a hotel.

In addition, while the Armory’s 40,000-square-foot drill court has been legally converted to allow for its use as a nighttime entertainment venue, the remainder of the 178,000-square-foot Armory complex, which includes a 54,000-square-foot basement level, remains classified as Production, Distribution and Repair (PDR) space.

And while San Francisco’s Proposition X, which was adopted by voters in 2016, generally prohibits the outright demolition or conversion of large-scale PDR space in the Mission, there is a grandfather clause for the Armory, for which an office conversion was already being explored and which would allow up to 60 percent of its PDR space to be converted to another conforming use.