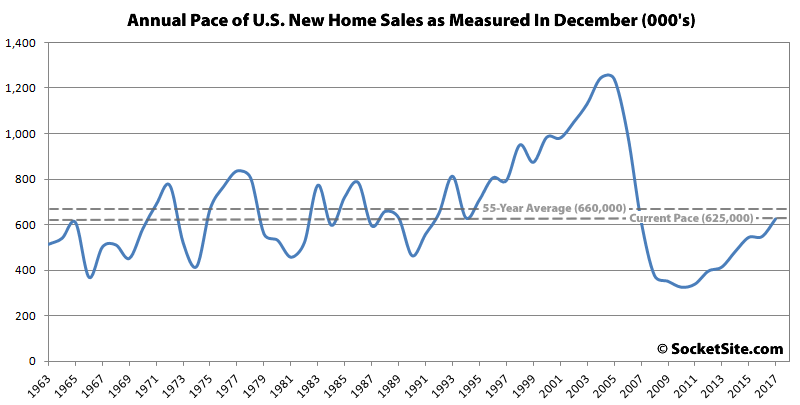 The seasonally adjusted pace of new single-family home sales in the U.S. dropped 9.3 percent from November to 625,000 in December but was still 14.1 percent higher versus December 2016, down from 26.6 percent higher on a year-over-year basis in November.

Out West, the annual pace of new single-family home sales dropped 9.5 percent in December to 190,000, which was still 18.8 percent higher on a year-over-year basis.  The pace of existing-home sales in the West declined at the end of the year as well.