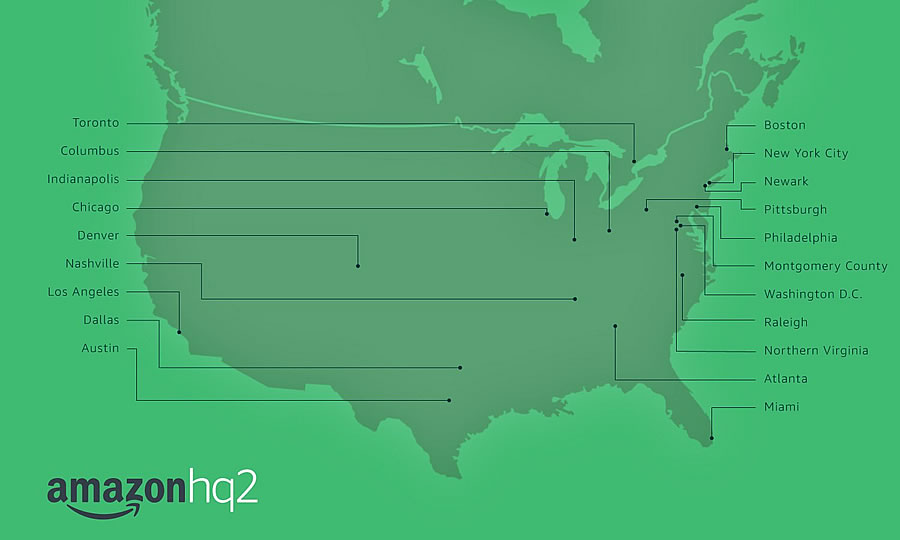 Having received proposals from 238 suitors, including a Bay Area Council-led bid which combined Concord, Fremont, Oakland, Richmond and San Francisco, Amazon has just released its short-list of 20 cities that are still in the running to land the behemoth’s second North American headquarters, a full equal to their current campus in Seattle, dubbed “HQ2.”

The 20 cities moving on the second round, which doesn’t include the aforementioned Bay Area coalition:

A key criteria for the $5 billion development is “the potential to attract and retain strong technical talent” and Amazon is planning to announce a winner by the end of this year.

Benchmark Mortgage Rate Back above 4%