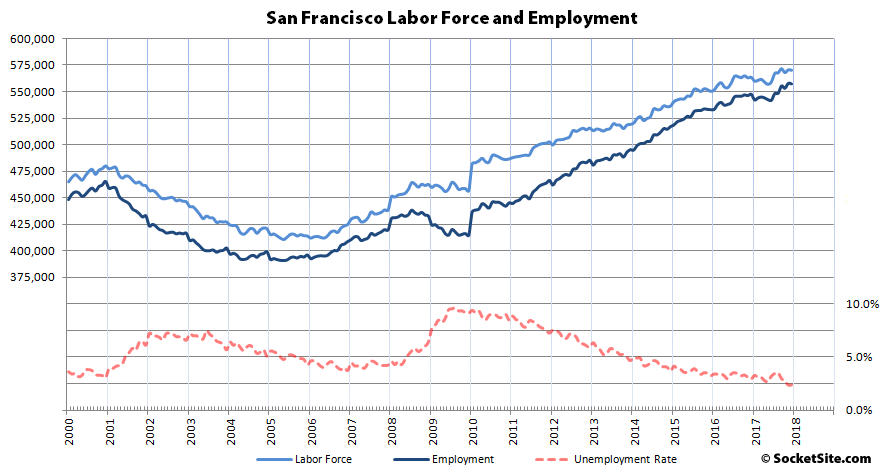 While seasonal hiring typically ticks employment up at the end of the year, the number of people living in San Francisco with a job slipped by 500 in December to 556,900 while the unemployment rate held at a record low of 2.3 percent as the size of the labor force atypically slipped as well.

In Alameda County, which includes Oakland, employment slipped at the end of the year as well, from a record 823,900 in November to 822,600 in December but remains 11,700 higher versus the same time last year. And as such, while the unemployment rate inched up from a record low 2.9 to 3.0 percent there are still 130,600 more people living in the Alameda County with paychecks since the beginning of 2010. 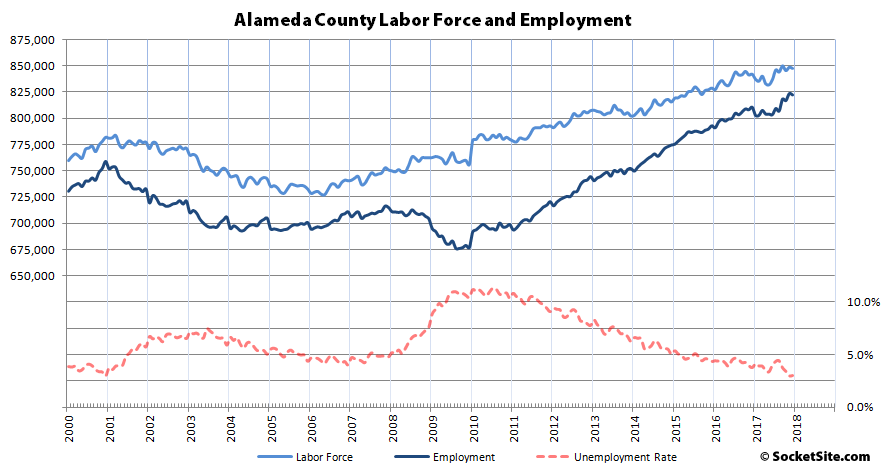 BrainWash Building on the Market in Western SoMa