A Century of Planning in San Francisco 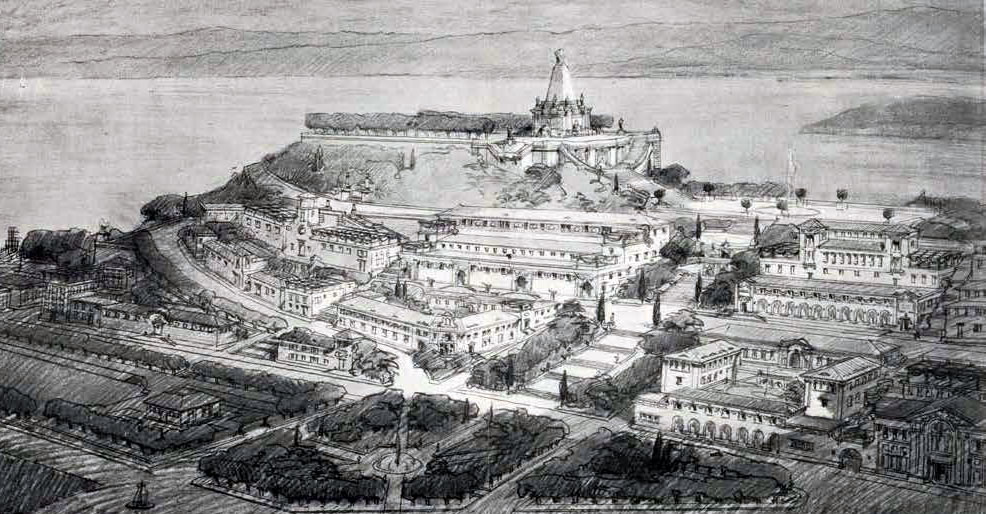 From a compendium prepared by San Francisco’s Planning Department, from which Burnham’s proposed treatment of Telegraph Hill, as rendered above, was taken:

Burnham proposed a grandiose re-thinking of San Francisco, much like Georges-Eugène Haussmann’s system for Napoleonic Paris.

The Burnham plan envisioned a new pattern of grand boulevards cutting through the City’s existing grid, expediting the flow of traffic, and terminating the most important civic spaces. Drawing on the styles of classical Greece and Rome, he envisioned the City’s hilltops as key visual markers, breaking the City’s topographically-blind street grid with a mixture of open spaces, terraced streets, and public monuments.

Less than a year after the plan was presented to the public, much of San Francisco was leveled by the catastrophic earthquake and fire of 1906. Though Burnham and the Reconstruction Committee saw the City’s destruction as the ideal opportunity to realize the plan, it was not to be.

Political instability, the lack of strong government authority over private development, and the overwhelming civic desire to rebuild quickly all meant that the City was rebuilt on an essentially unchanged grid. However, one key aspect of Burnham’s plan did become reality.

In 1909, Burnham took up the cause of a City Beautiful Civic Center at the site he had initially proposed at the intersection of Van Ness and Market. Though the public initially voted down a bond issue to cover the project, the idea was successfully revived in 1912, connecting the need for a grand civic center with the City’s upcoming plans to host a World’s Fair.

And in September of 1921, San Francisco’s new Planning Commission adopted the first comprehensive zoning ordinance for the whole of the city. 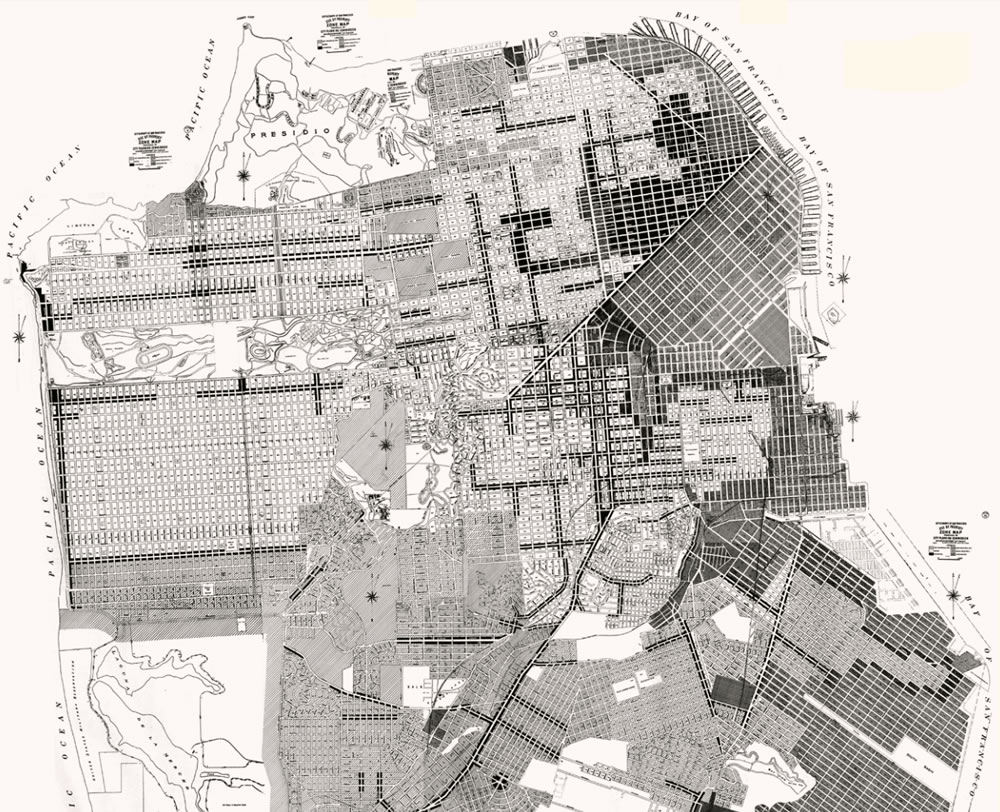 While the ordinance didn’t establish any set height limits, and largely mimicked how the city had already formed, it established a density limit for buildings in the single-family districts, limited heavy industrial uses to zones along the waterfront, and established formal commercial areas and corridors.

And from that first map, which effectively governed the development of San Francisco through the 1950s, the vision and planning for San Francisco have evolved, a terrific overview of which has been prepared in celebration of the centennial of San Francisco’s Planning Commission on the 28th.