While San Francisco is often considered to be one of the “greenest” cities in the world when it comes to renewable energy and zero-waste goals, San Francisco has one of the smallest tree canopies of any major city in the U.S.  And to quote the City’s Planning Department, San Francisco “suffers from a literal lack of green.”

But San Francisco has a plan to grow its Urban Forest.

Phase one of the plan focuses on street trees in the public right-of-way and proposes to establish and fund a new citywide street tree maintenance program and the planting of 50,000 new street trees – an increase of 50 percent – over the next 20 years, with a particular focus on greening those neighborhoods which are currently lacking the most. 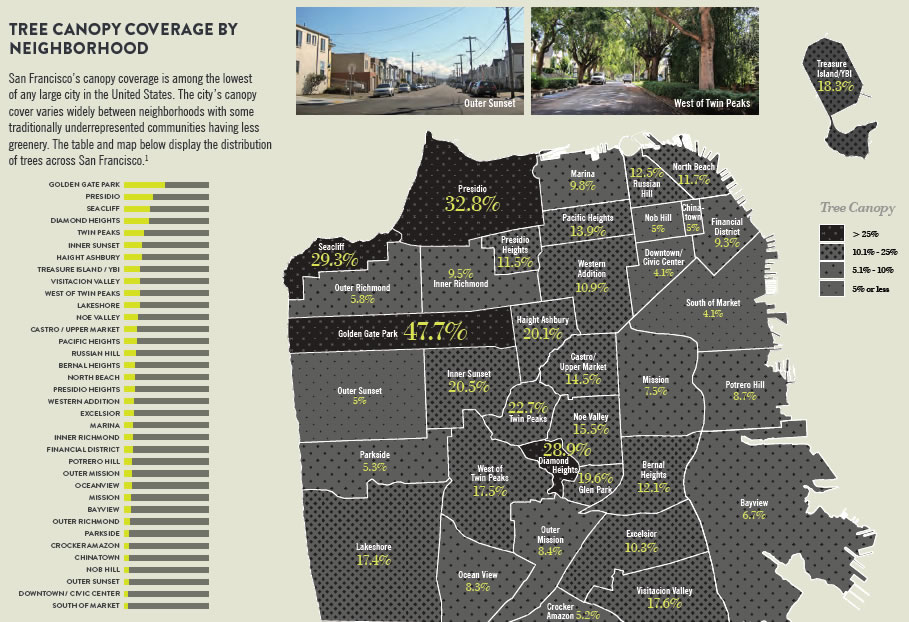 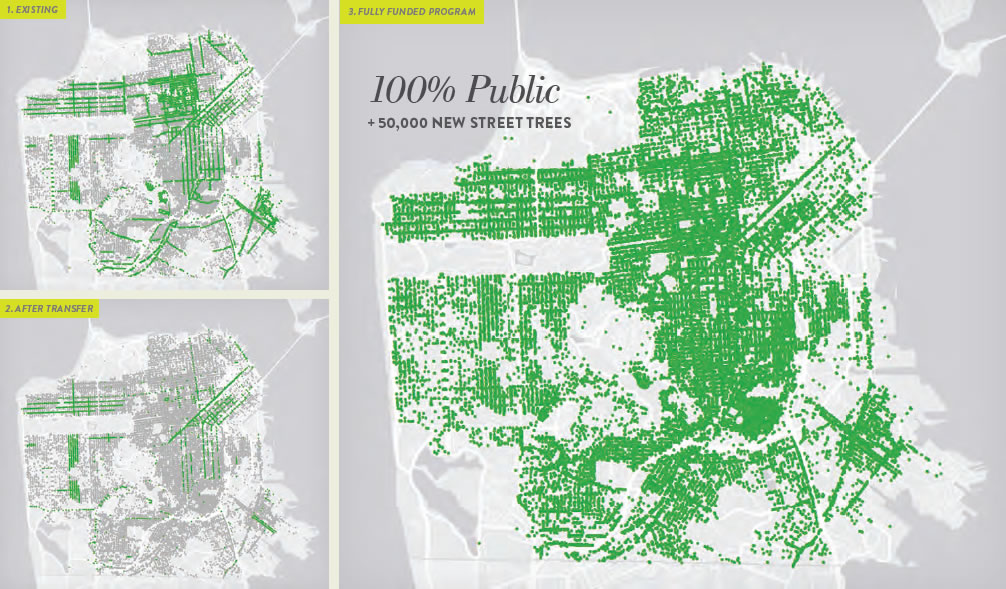 The proposed maintenance program – which would need to be funded by way of a parcel tax, assessment or General Obligation bonds – would transfer the responsibility for all of San Francisco’s street trees and related maintenance, including tree-related sidewalk repairs, from private property owners to the Department of Public Works.

Informally presented to the Planning Commission this afternoon, the Plan is expected to be brought before San Francisco’s Board of Supervisors for adoption later this Fall/Winter.

Phase Two of the plan will focus on parks and open space in the city.  And Phase Three will focus on recommendations for trees on private property and buildings, including programs to encourage more green roofs and walls.

Oakland’s Uptown Neighborhood Is Great, But It’s Not Number One