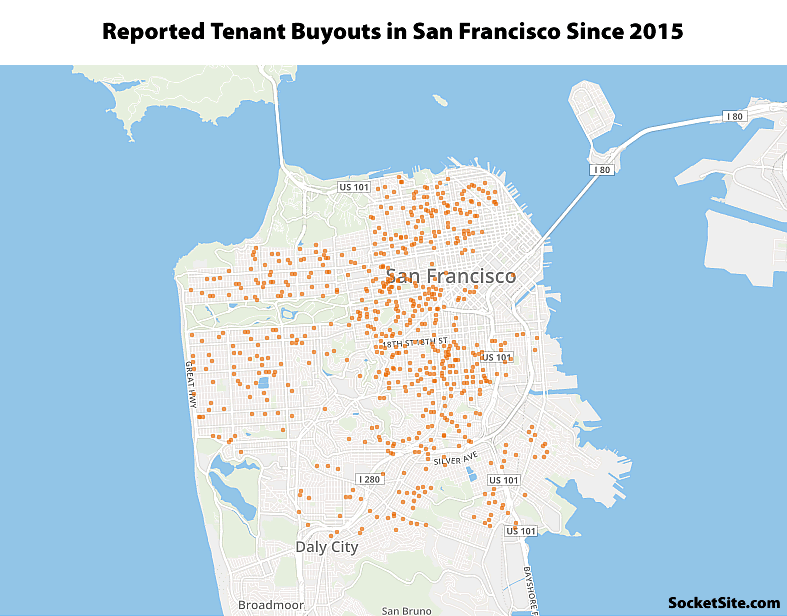 Since March of 2015, when San Francisco started regulating “buyout agreements” between landlords and their tenants, a total of 772 buyout agreements have been inked and reported, as mapped above.

The maximum buyout offer voluntarily reported to the San Francisco Tenants Union from 2008 to mid-2014, prior to San Francisco regulating said buyout agreements and requiring the disclosure of all offers, was $80,000 with an average offer of $20,823.

Details behind the City's Big Deal for Beleaguered McDonald's Site