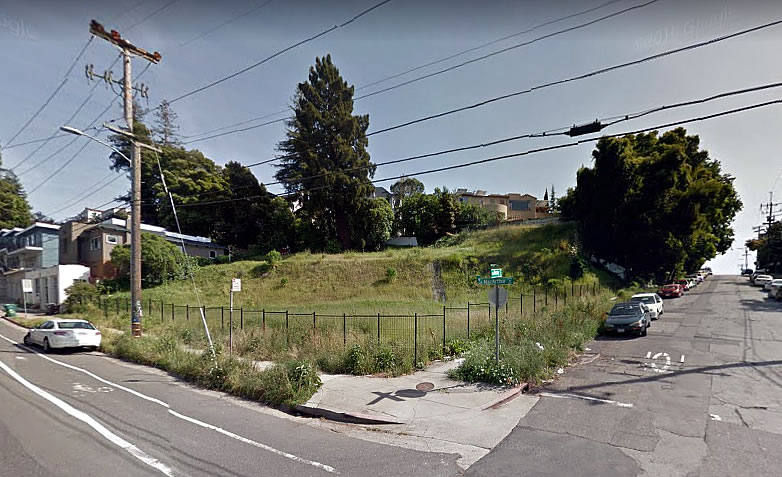 With false starts in both 1991 and 2002, at which points 34-unit and 32-unit buildings had been approved and permitted, and site prep had actually gotten underway but was subsequently abandoned, new plans for four-story building to rise at the corner of MacArthur Boulevard and Wesley Avenue, a couple blocks from Oakland’s Lake Merritt and Eastshore Park, will be presented to the city’s Planning Commission on Wednesday.

As designed by Kotas/Pantaleoni Architects for Yila Properties, which purchased the parcel from the former development team, the proposed “Lake House Development” consists of 25 condos, a mix of two and three-bedroom units ranging in size from 950 to 1,800 square feet, over a 33-car garage. 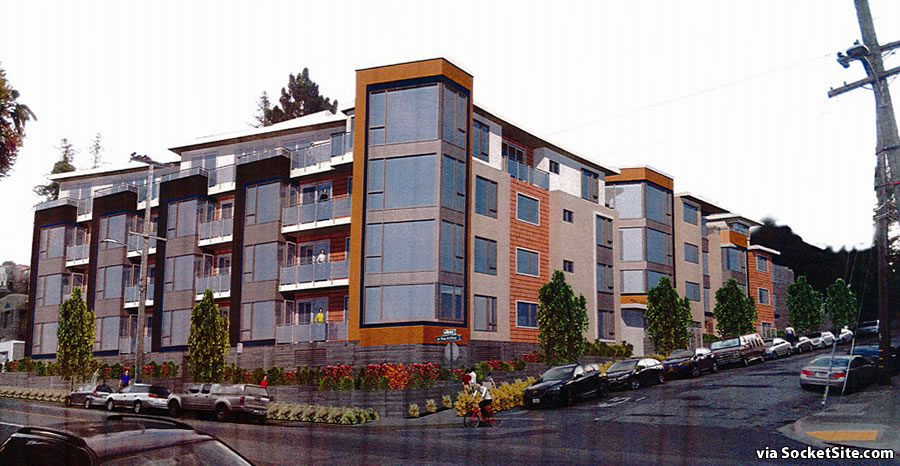 And if approved, the new project team will have two years to break ground or risk losing its entitlements, as has happened twice before following a period of exuberance.