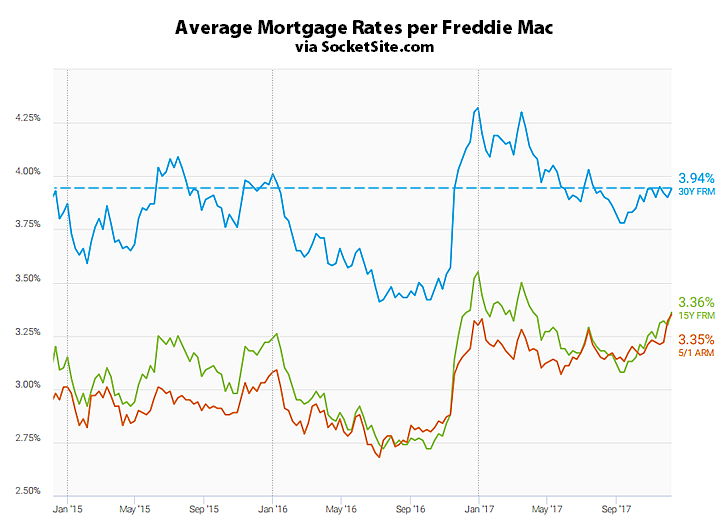 The average rate for a benchmark 30-year mortgage has held relatively firm over the past three weeks, slipping a single (1) basis points in the aggregate to 3.94 percent, which is 19 basis points below the 4.13 percent rate in place at the same time last year but 53 basis points above last year’s low of 3.41 percent, according to Freddie Mac’s Primary Mortgage Market Survey data.

At the same time, with six days to go before the next Federal Open Market Committee meeting, the probability of the Fed instituting another Federal Funds rate hike by the end of the year, which had dropped to around 30 percent in September before starting to rocket in October, is holding at 100 percent according to an analysis of the futures market with another hike expected (i.e., probability over 50 percent) in March.