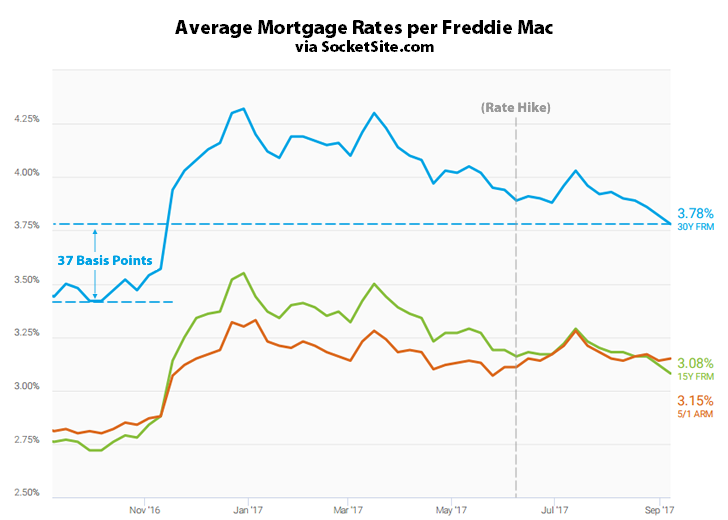 The average rate for a benchmark 30-year mortgage dropped another 4 basis points over the past week to 3.78 percent, which is a new year-to-date low for 2017.

And according to an analysis of the futures market, not only has the probability of the Fed instituting another rate hike by the end of the year dropped to just over 30 percent but the odds of another hike within the next twelve months just dropped to below 50 percent as well.

Want to Buy a Weed Shop in San Francisco?