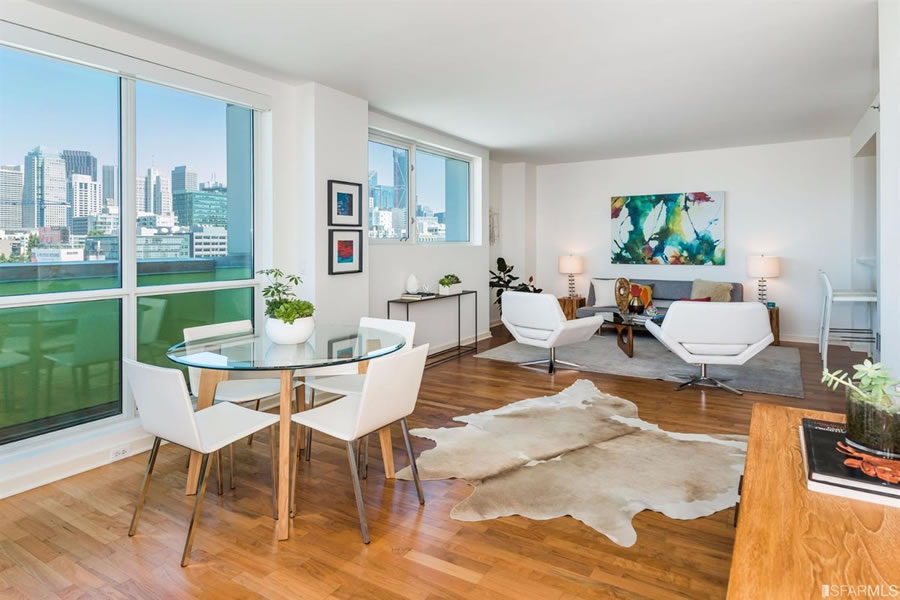 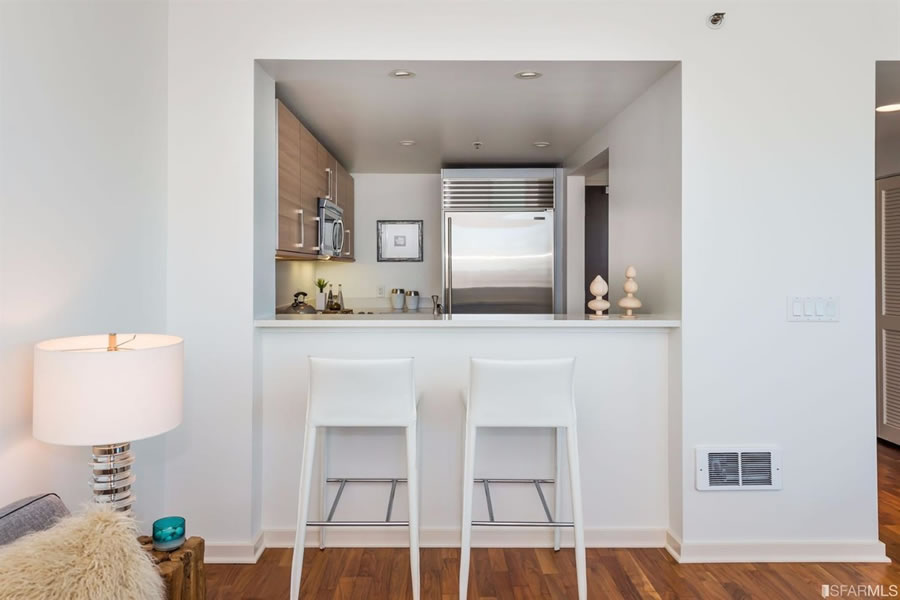 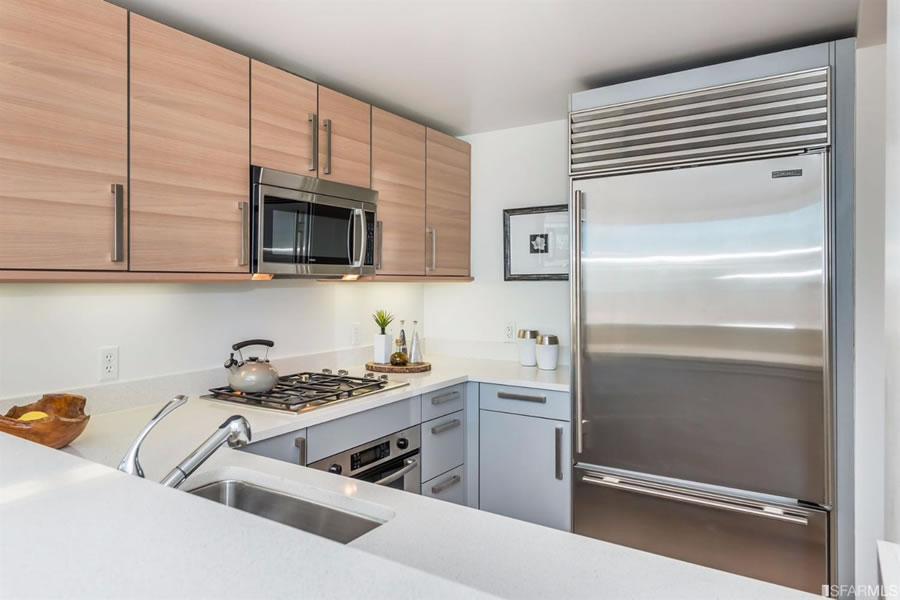 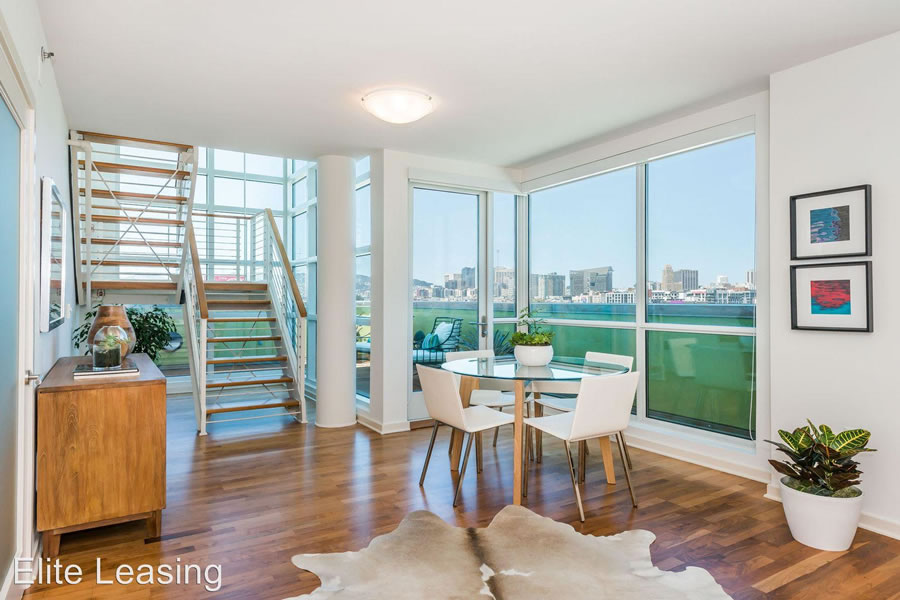 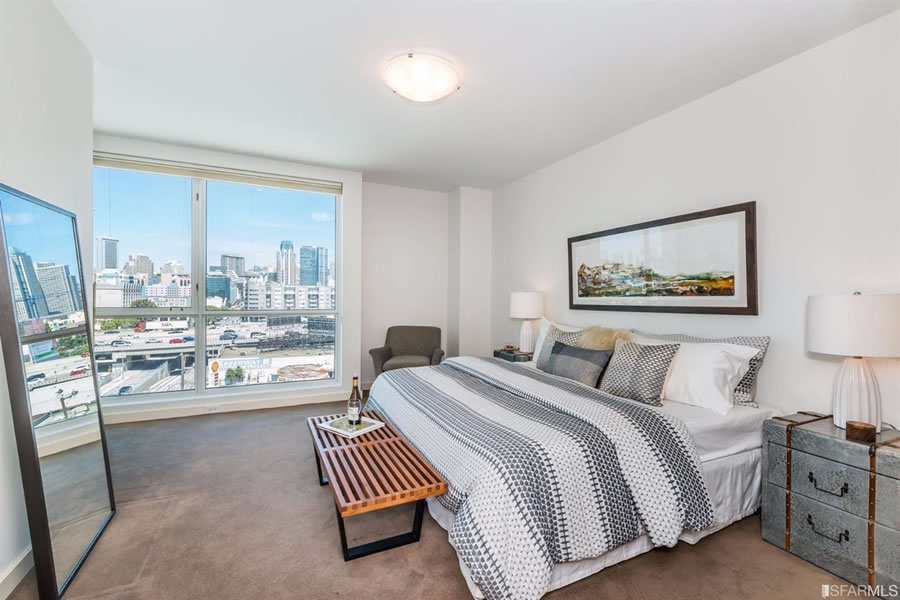 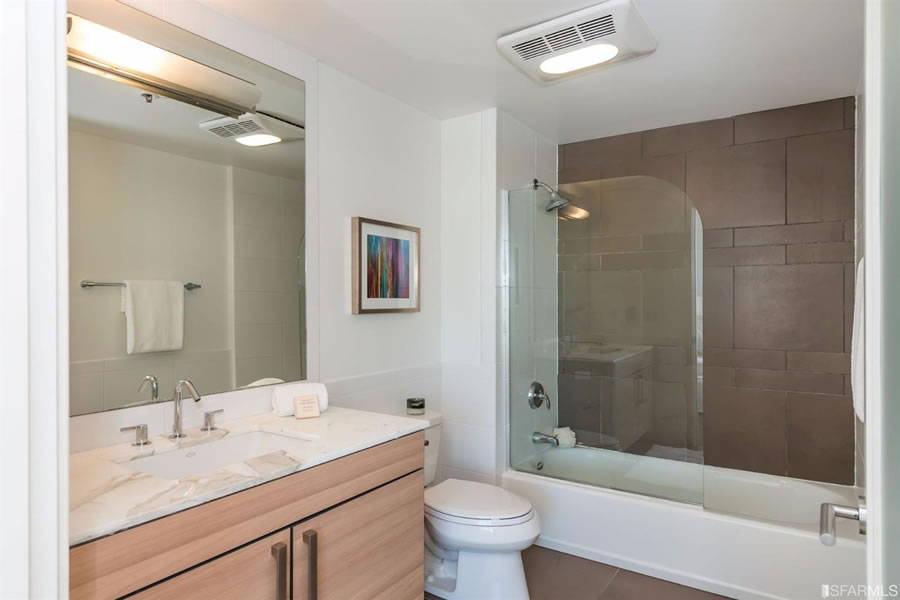 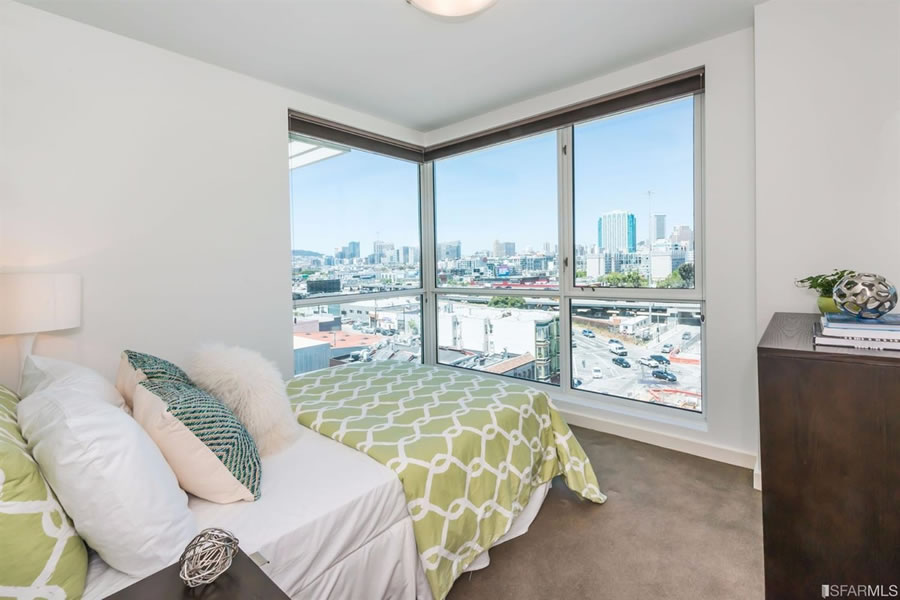 On an apples-to-apples basis, that’s total appreciation of 47.1 percent or $400,000 over the past six years, which is nearly as much on an absolute basis as the previous owner’s loss of $415,000 from 2007 to 2012 as the unit was purchased as new for $1.265 million ($1,016 per square foot) in March of 2007, which was a few months before the market for SoMa condos peaked and around a year before home values in San Francisco’s more expensive neighborhoods – including Noe, Bernal and the various Hills – turned in the second half of 2008.