Mortgage Rates Inch up, Odds of a Hike over 98 Percent 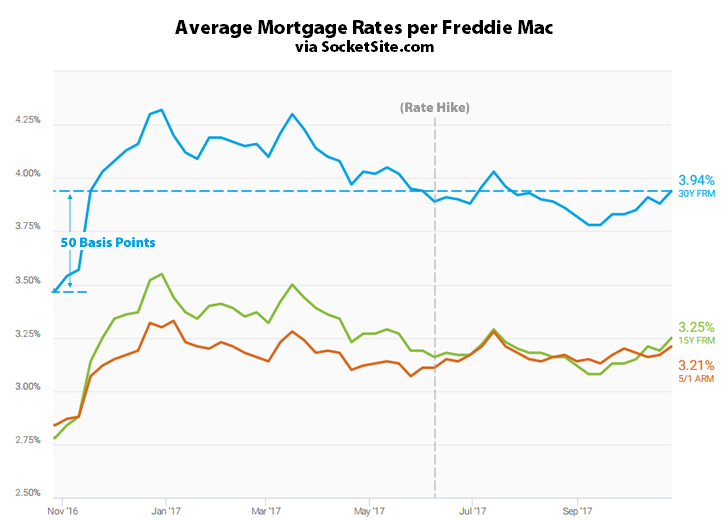 The average rate for a benchmark 30-year mortgage has ticked up 4 basis points over the past two weeks to 3.94 percent, which is 47 basis points above the 3.47 percent rate in place at the same time last year, 53 basis points above last year’s low of 3.41 percent, and the highest rate in three months according to Freddie Mac’s Primary Mortgage Market Survey data.

At the same time, the probability of the Fed instituting another rate hike by the end of the year, which had dropped to around 30 percent early last month before starting to rocket three weeks ago, is up to a near certain 98.2 percent according to an analysis of the futures market.

Big and Even Bigger Plans for 4.5-Star Mission District Site