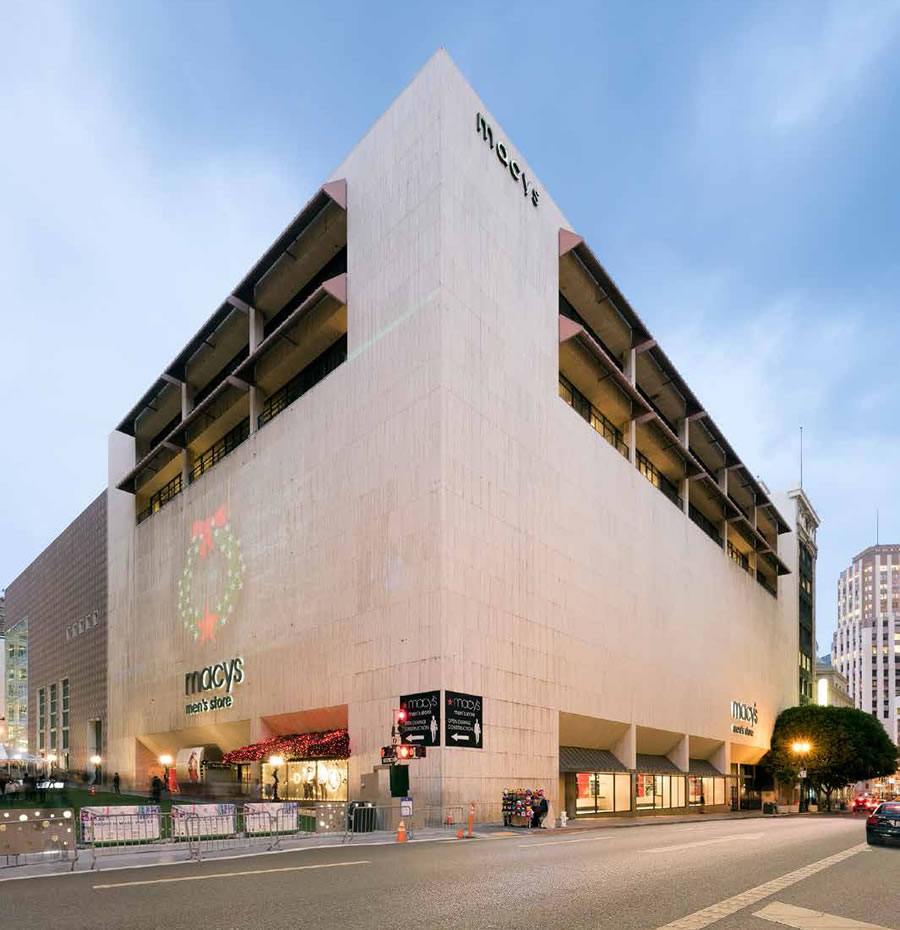 As envisioned by Morgan Stanley and designed by Gensler, the solid concrete and travertine skin of the Macy’s Men’s Store building at 120 Stockton Street will be replaced with a glass curtain wall and a series of floor to ceiling windows while the interior of the 250,000-square-foot structure will be reconfigured and re-purposed.

The proposed $59 million makeover calls for reconfiguring the building into six individual retail spaces, with individual storefronts fronting Stockton and O’Farrell and retail on four of the six floors above, as we first reported last year. 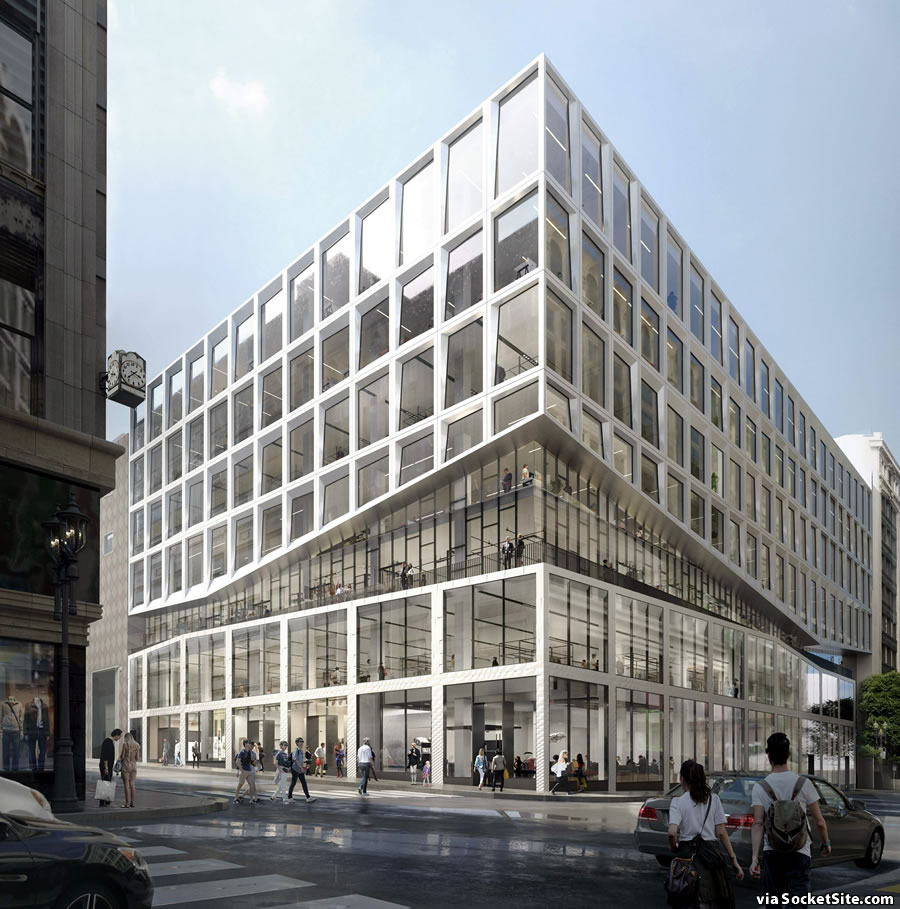 In addition, the majority of the building’s top two floors would be converted into 49,999 square feet of general purpose office space and a new 11,000-square-foot restaurant would be added atop the building. 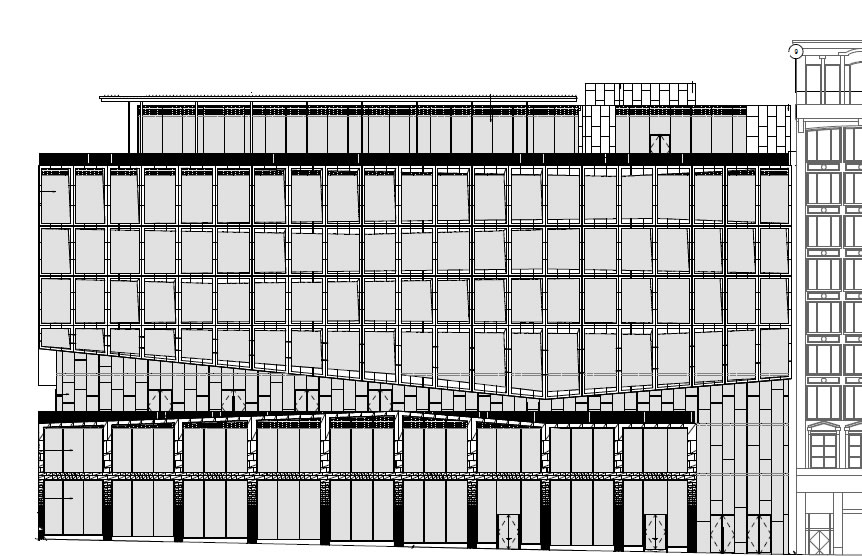 And in terms of timing, Macy’s is expected to consolidated its wares within its flagship store across the street and vacate 120 Stockton within the next couple of years.