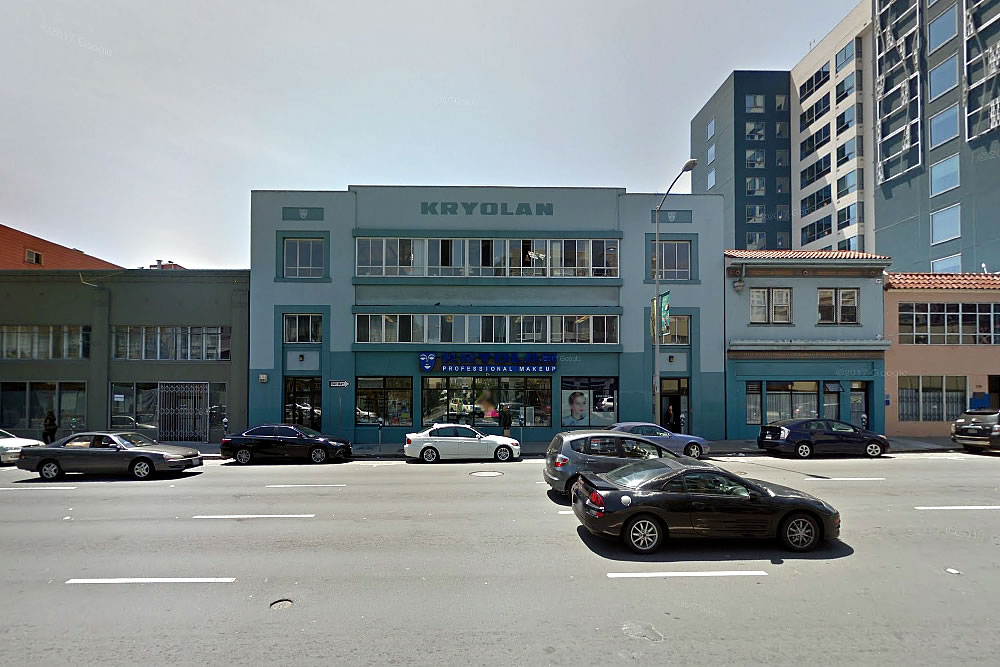 The three-story industrial building at 130-138 9th Street which has served as Kryolan’s west coast headquarters and showroom since 1987 is now on the market along with the adjacent, color-coordinated two-story building at 122 9th Street for a combined $15.5 Million.

While Kryolan is already on the way out, having already purchased another property to open a new Kryolan City in an undisclosed San Francisco location, there are three other tenants on the third floor of the 27,000-square-foot building (Methodics, Ariel & Artique and Knack) with leases that “mostly expire” in under 3 years. And the lease for the 2,550-square-foot building at 122 9th Street, which is occupied by the Reason Future Tech Escape Room expires in May of 2020 without an option to renew.

Both parcels are zoned for development up to 55 feet in height. And while both buildings were identified as potential historic resources and the two-story building “appears eligible” to be designated as such, the larger building was “found [to be] ineligible” for either a national or local designation based on San Francisco’s recent South of Market Area Historic Resource Survey.