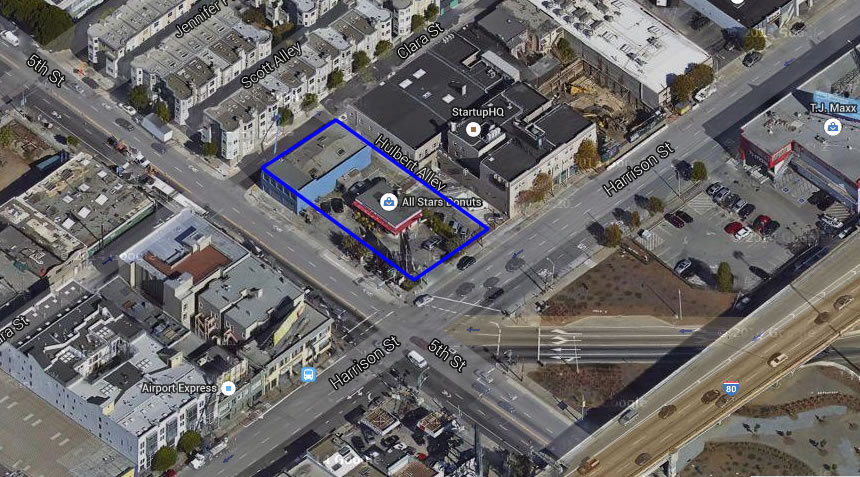 As we first reported last year, the development team behind the proposed redevelopment of the All Stars Donuts shop site at 5th and Harrison had shifted gears and drafted plans for a hotel, rather than housing, to rise upon the 399 5th Street parcel.

The plans for the eight-story, 196-room hotel have since been refined by Stanton Architecture, a redesign which included eliminating the hotel’s proposed basement garage for 14 cars and moving the hotel’s entrance on Clara. 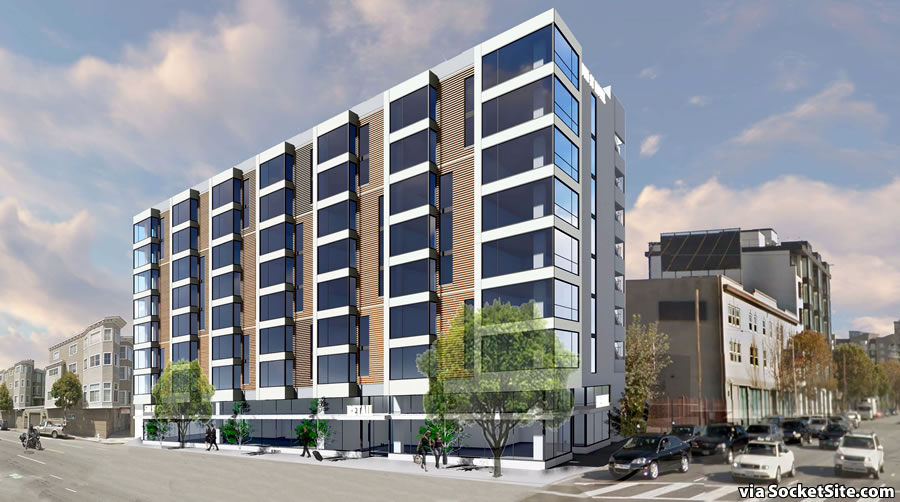 In addition, the formal application to move forward with the project has just been submitted to Planning.

But once again, while the site is currently only zoned for building up to 55-feet in height, the project team is counting on the passage of San Francisco’s pending Central SoMa Plan which is slated to upzone the corner for development up to 85 feet.

Development Redesigned to Look Less Muddled and Add a Floor