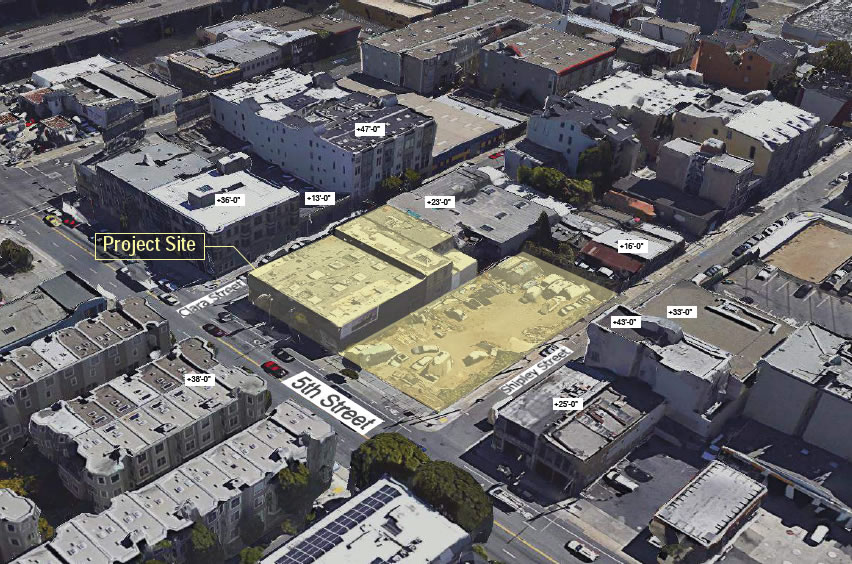 The proposed plans have since been refined by KTGY Architecture + Planning to include a total of 128 apartments over 1,200 square feet of retail; 8,000 square feet of PDR; and a basement garage for 41 cars and 110 bikes, as newly rendered below: 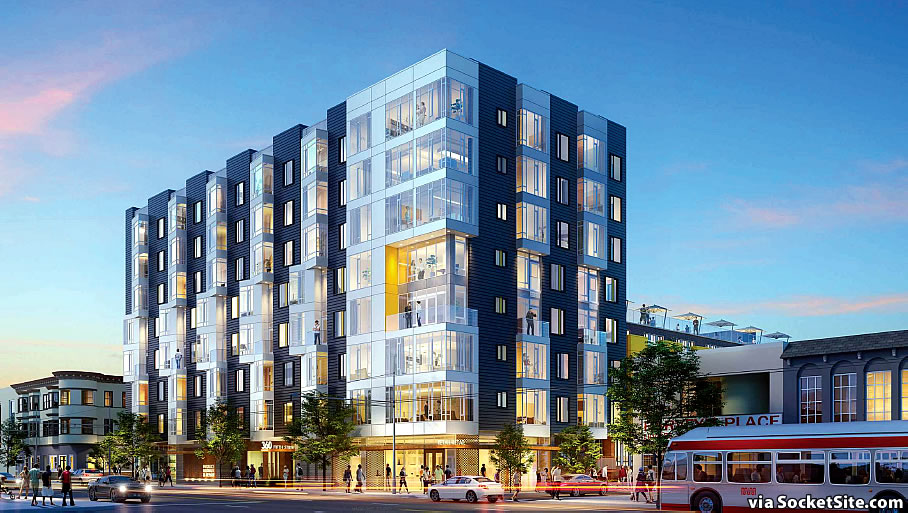 And the 360 5th Street project could be approved by San Francisco’s Planning Commission in three weeks time. 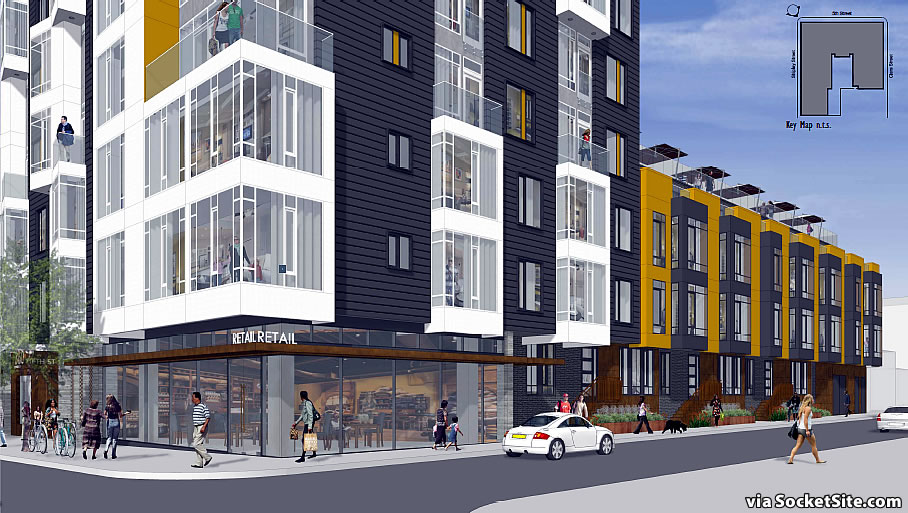 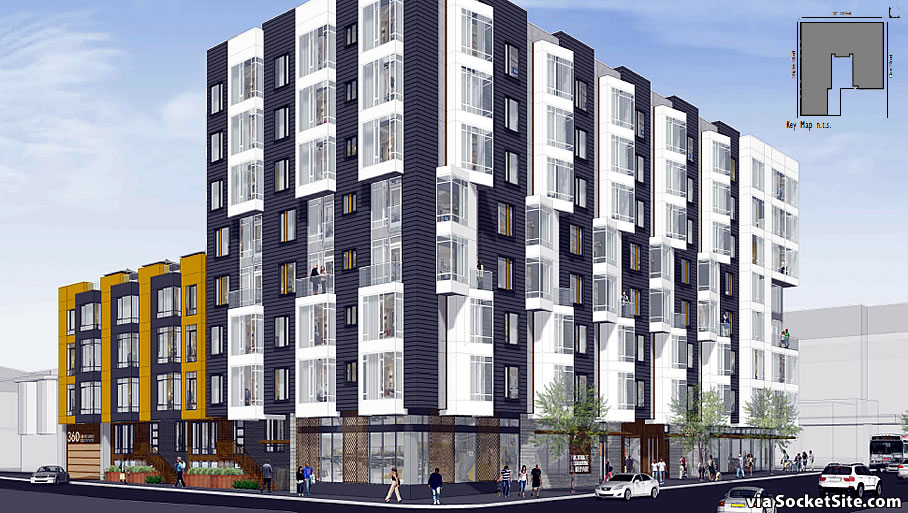