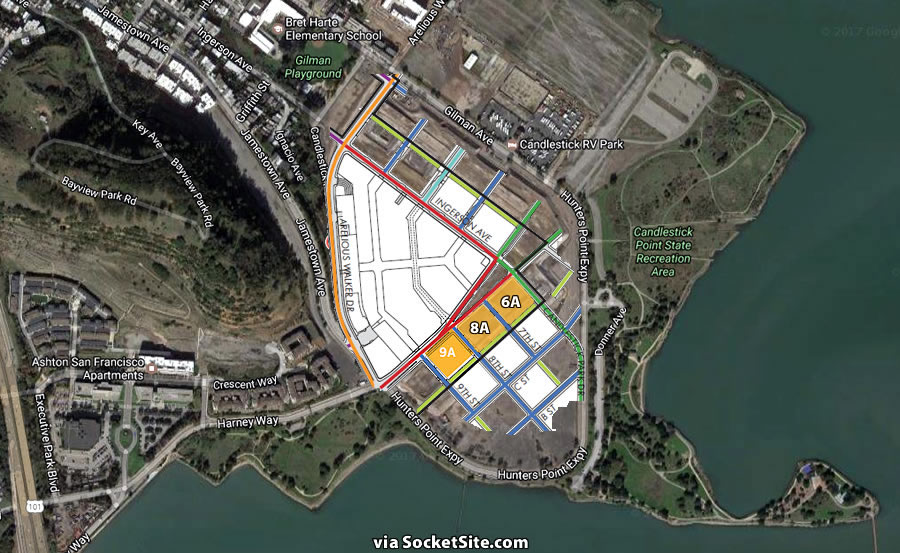 Having revealed the design for Candlestick Point, Block 9a, which is intended to set the “sense of place” for the neighborhood, we now turn our attention to the timing and plans for blocks 6a and 8a, both of which will front the future Wedge Plaza and transit hub and are slated to be two of the first Candlestick blocks to be redeveloped.

As designed by BAR Architects, the buildings on the two blocks will rise up to seven (7) stories in height, with a total of 255 condominiums over parking for 214 cars and nearly 30,000 square feet of ground floor retail space fronting the future Harney Way. 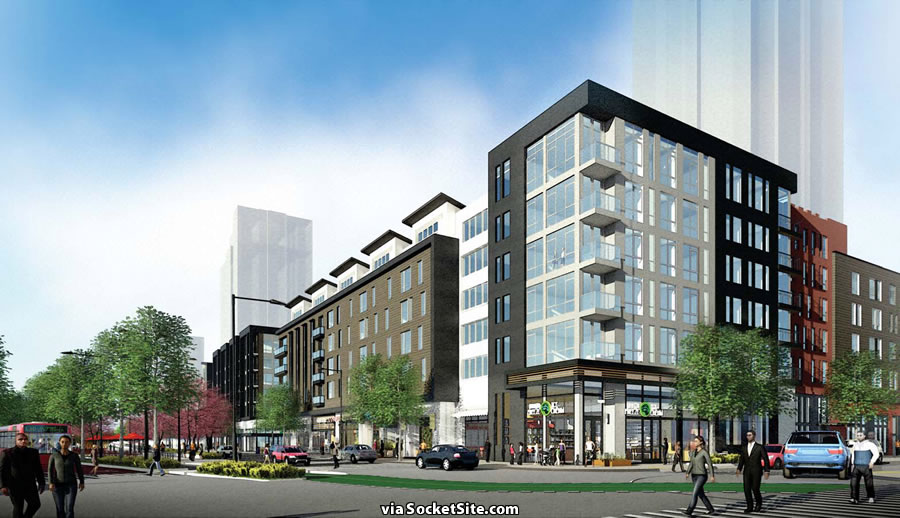 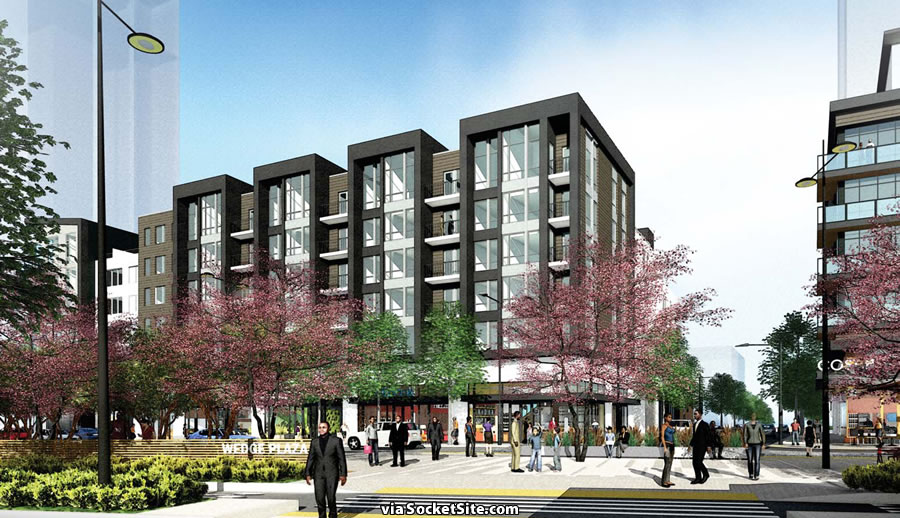 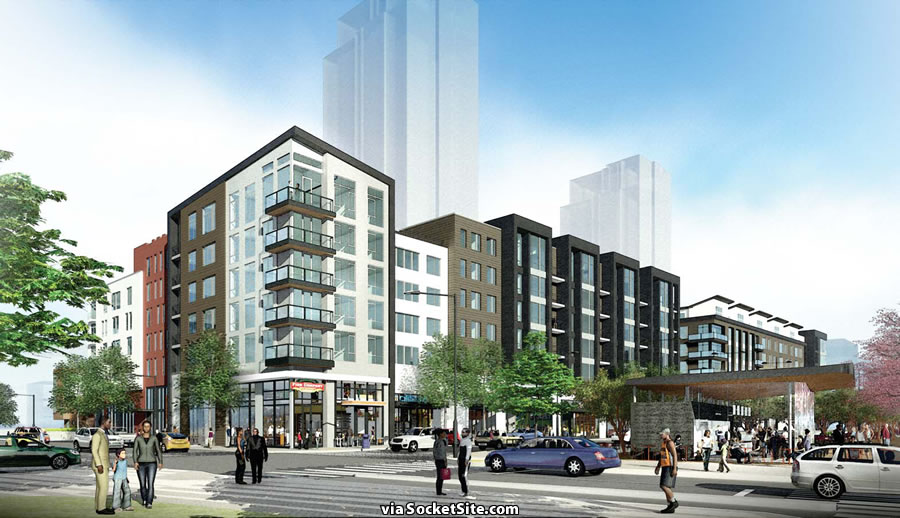 The development of the two blocks would step down along 8th Street, 7th Street and Candlestick Park Drive, leading to a row of 22 three-story town homes fronting a mid-block break between Harney Way and C Street. 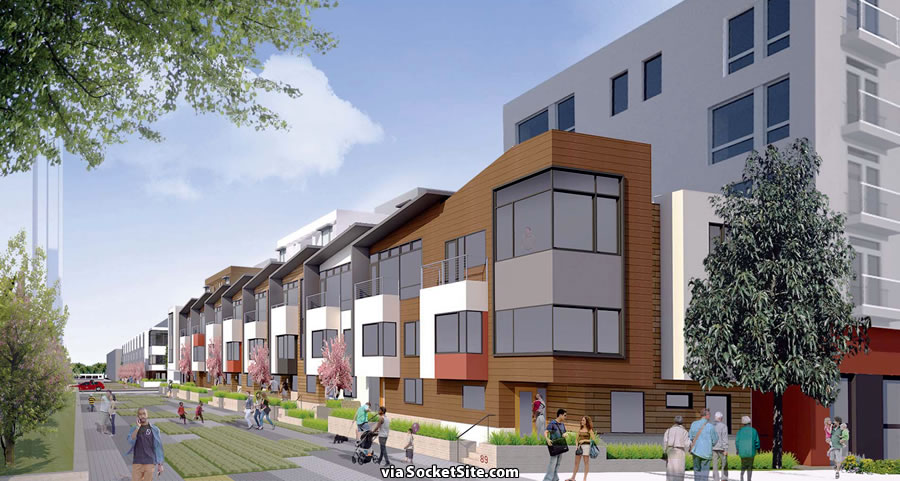 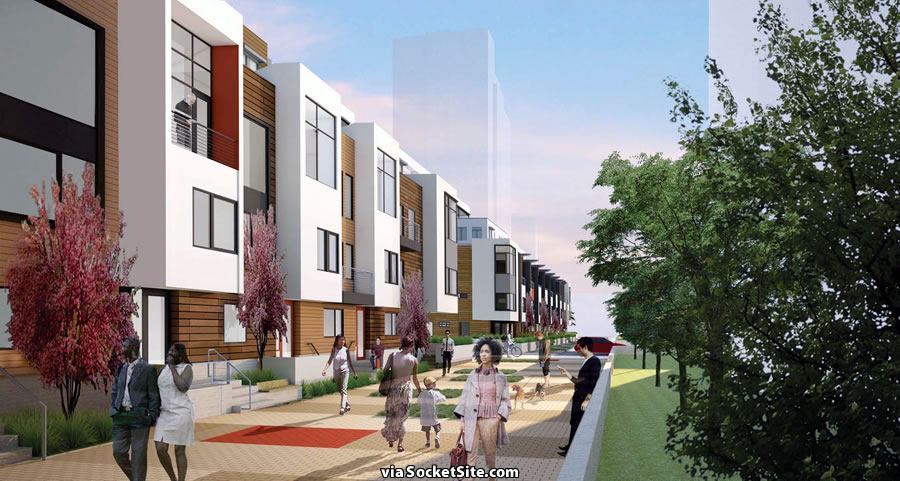 Construction of the two blocks is expected to commence in the fall of 2018, which would lead to the buildings being ready for occupancy around the end of 2019.

And once again, while the overall redevelopment of Candlestick and Hunters Point will take two to three decades to complete, the redevelopment will yield over 12,000 new or rebuilt homes, around 1,500 of which should be completed over the next five years.

Plans for Building up on West MacArthur Boulevard