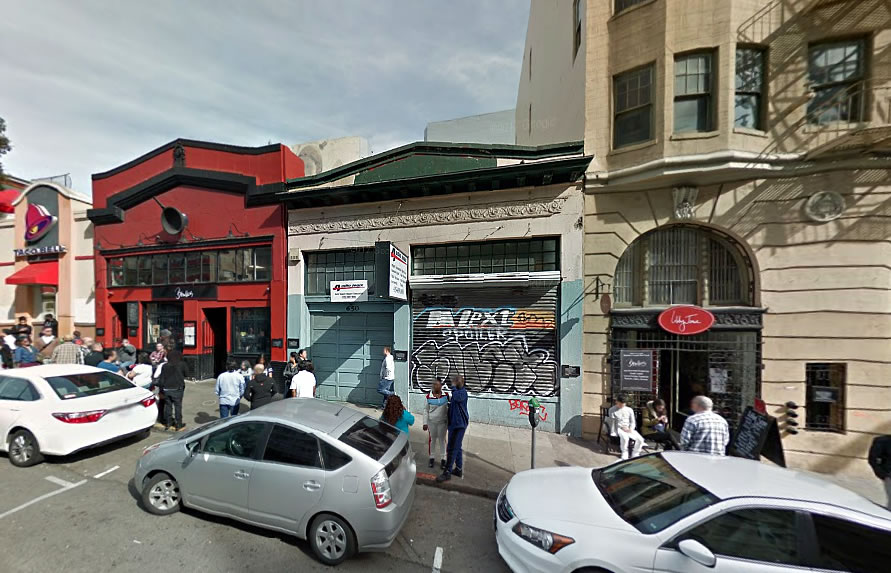 The proposed project would rise to a height of 66 feet and yield 2,950 square feet of new clinical space across its bottom three floors, with eight (8) micro units averaging a little over 250 square feet apiece across the top two floors of the building, dwelling units which would be rented to NEMS’ staff. 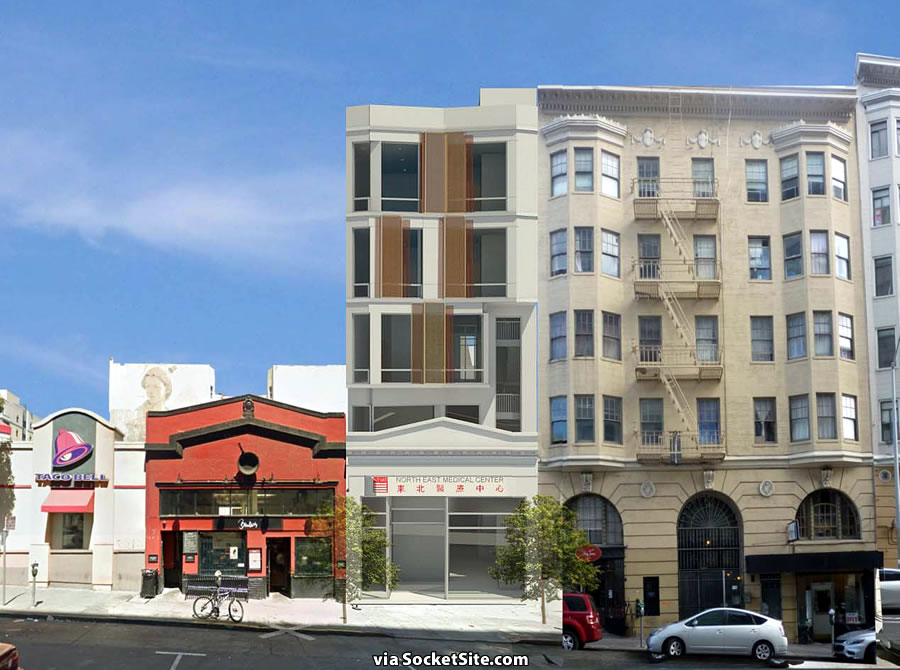 But there is a potential setback.

While the majority of the addition as proposed would be relatively flush with the existing garage’s façade, said garage, which was built in 1920, has been identified as a potential historic resource for the Van Ness Automobile historic district, a fact that shouldn’t catch any plugged-in readers by surprise.

And as such, based on Planning’s preliminary review of the proposed plans, “the Department has requested that new construction be set back from the primary façade by 20 feet,” which is roughly a quarter of the depth of the 650 Polk Street site. That being said, the site is also zoned for development up to 80 feet in height.

From Modern to Contemporary in Western SoMa