Expansion of San Francisco’s Ferry Terminal About to Get Underway 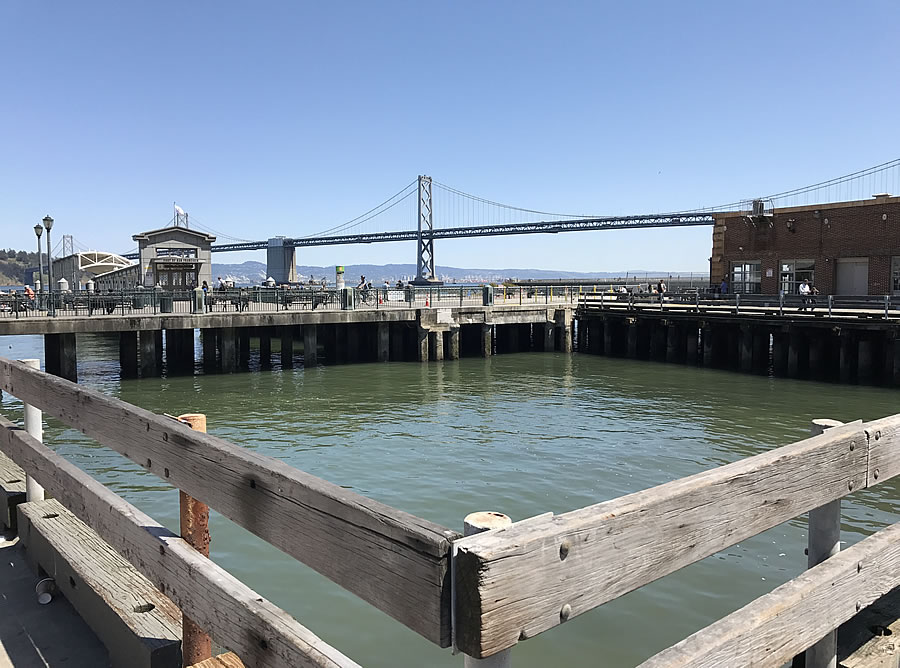 With Sinbad’s having been razed to make room for the San Francisco’s Ferry Terminal Expansion project, which includes the construction of two new berthing facilities (Gates F and G) and a new Bayside promenade with covered passenger queuing areas on the south side of the Ferry Building, the groundbreaking for the project has been scheduled for May 11.

In addition to the gate expansion, the project includes the infilling of the adjacent lagoon, as pictured above, to create a new Embarcadero Plaza which will serve as staging area for the San Francisco Bay Area Water Emergency Transportation Authority (WETA) in the case of a natural disaster. 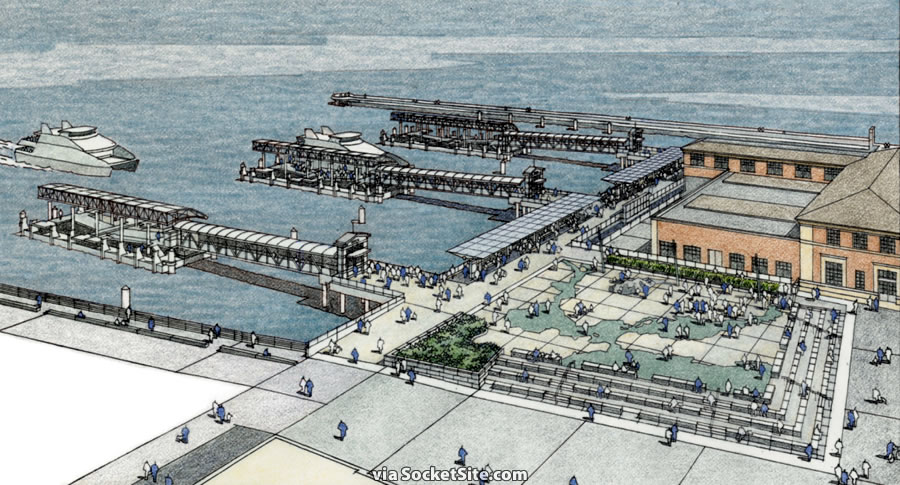 San Francisco’s ferry terminal will serve a projected 32,000 riders per weekday by 2035, including new service to Treasure Island and Mission Bay, which is up from around 10,000 passengers today.  And the expansion project, as rendered above, should be completed by the end of 2019.