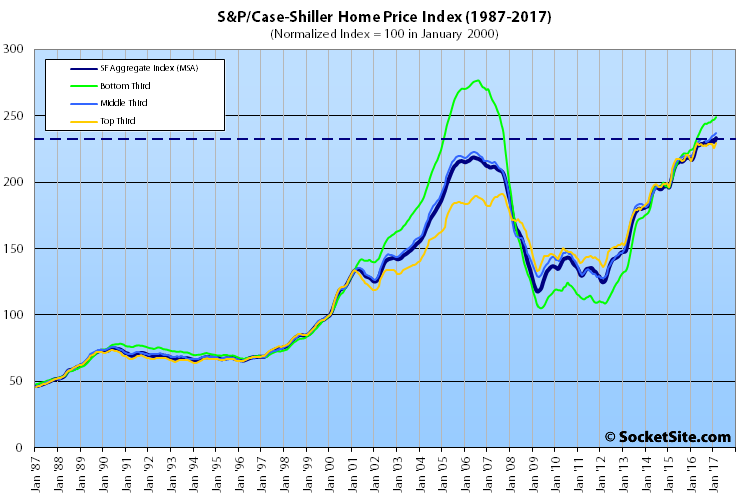 Having slipped at the beginning of the year, the S&P CoreLogic Case-Shiller Index for single-family home values within the San Francisco Metropolitan Area – which includes the East Bay, North Bay and Peninsula – ticked up 1.2 percent in February to an all-time high. 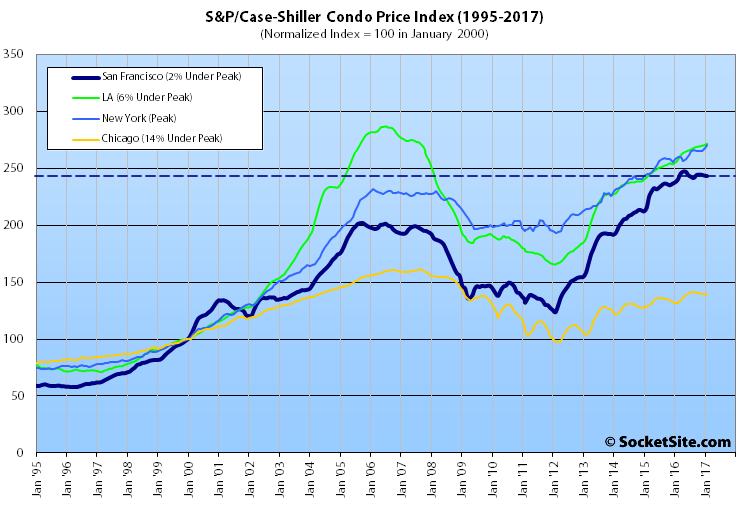 And for the twelfth month in a row, Seattle and Portland reported the highest year-over-year gains for single-family homes, up 12.2 percent and 9.7 percent respectively. But Dallas, which is now running 8.8 percent higher on a year-over-year basis, has displaced Denver (8.5 percent) for the third place spot.

Development Challenged for Looking Too Upscale

The Fallacy of Legacy Business Status in San Francisco