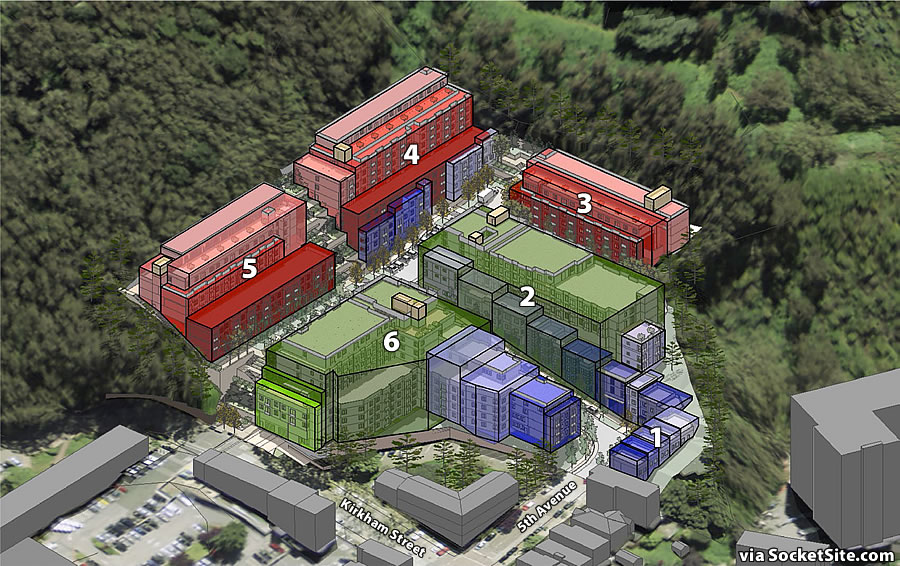 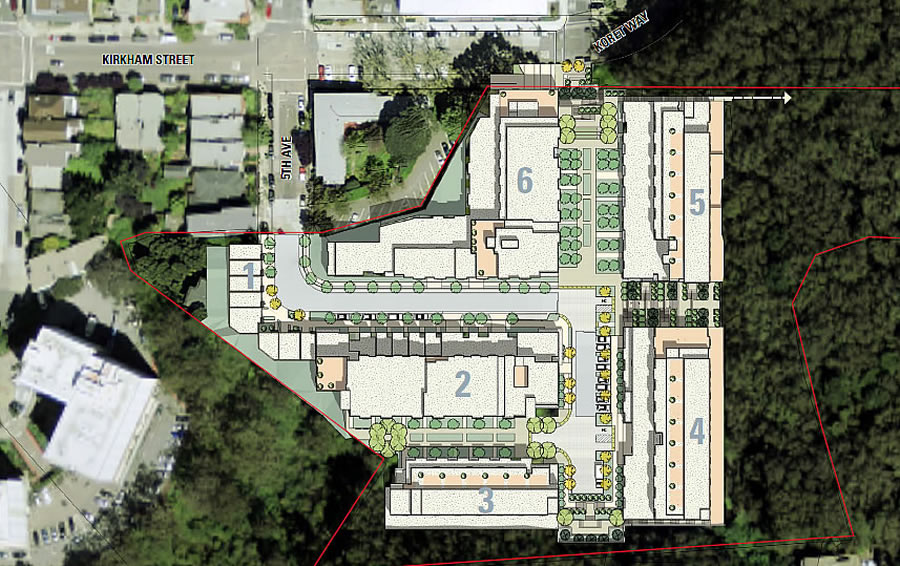 With the preparation of the proposed project’s Environmental Impact Report (EIR) now underway, we now have the anticipated timing for the massive 445-unit redevelopment of Kirkham Heights to share.

Assuming the development is approved by the City without any substantial delays, the project team is planning to break ground and demolish the existing structures on the site in early summer of next year (2018). The demolition would be quickly followed by a period of excavation, grading and site prep.

The six new buildings, as massed above and more detailed here, are slated to be constructed in the following order: Building 6, Building 2, Building 1, Building 3, Building 4 and Building 5.

All current residents of the existing 86-unit Kirkham Heights complex would need to be relocated prior to the Kirkham Project breaking ground but would have the option to return to new rent-controlled units as soon as Building 6 was completed. And the existing tenants would be granted “moving assistance” in both ways, but that doesn’t include securing a place to live during the two to three years of construction.

And with respect to the project’s proposed 252 off-street parking spaces, 30 are to be designated for returning residents.