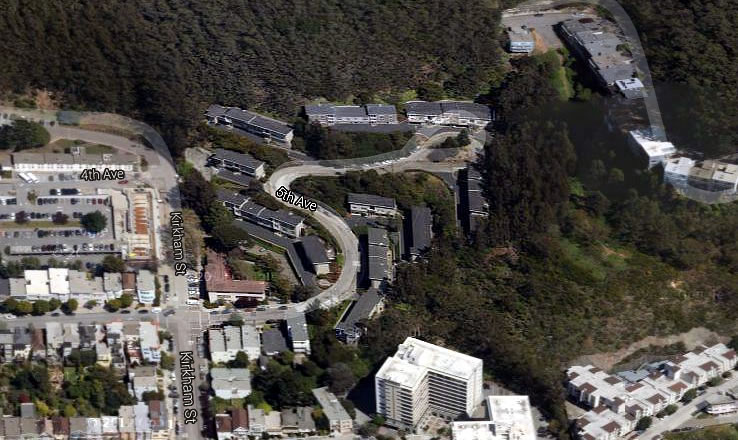 Westlake Urban, which purchased the 86-unit Kirkham Heights apartment complex at 1530-1585 5th Avenue back in 1976, is pushing forward with plans to level the existing 11-building complex and build up to 445 units across the 6-acre site, with six new buildings rising up to 40 feet in slope-measured height at the base of Mount Sutro. 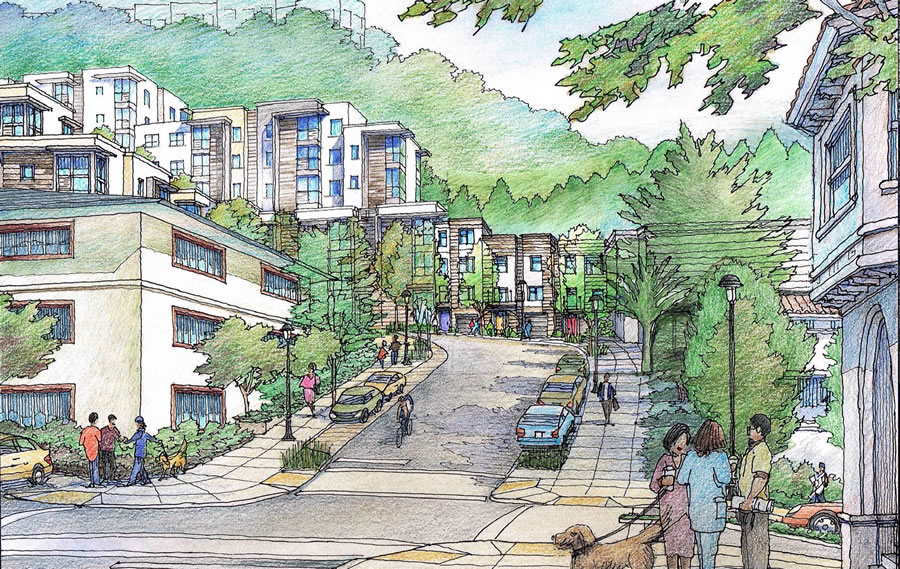 And speaking of the Environmental Evaluation, the Environmental Impact Report (EIR) for the project is about to be prepared, the notice for which is slated to be published tomorrow and the formal scoping meeting for which has been scheduled for the end of the month (March 30). 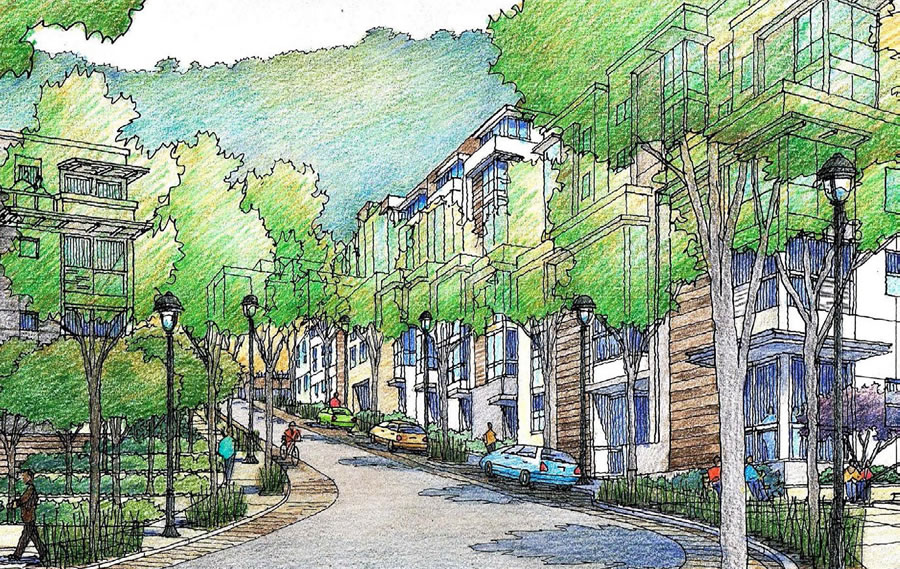 The Kirkham Project would be the largest residential development in the history of the Inner Sunset. 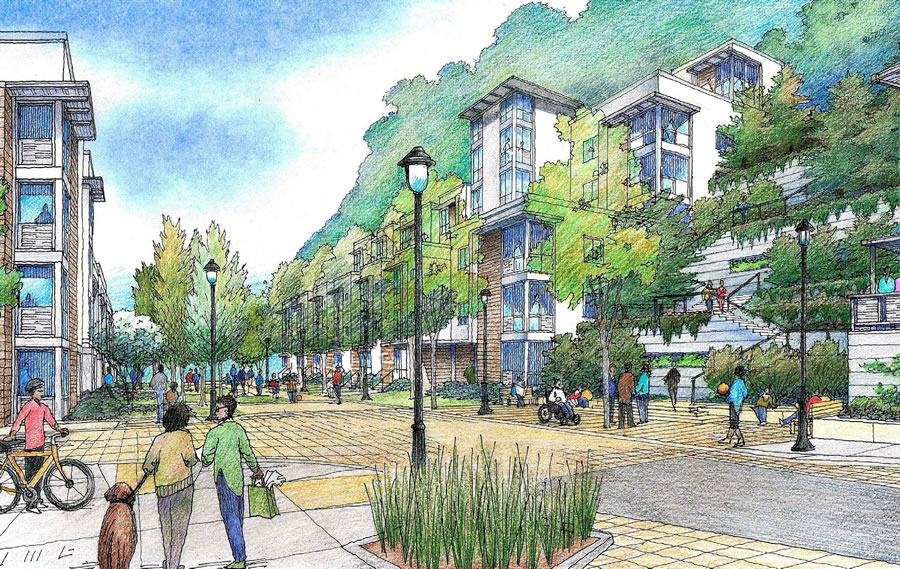 And in addition to the 445 apartments, the plans for the project as designed by Van Meter Williams Pollack includes off-street parking for 252 cars and 445 bikes, with a series of terraces, paths and steps connecting the development to the Mount Sutro trail network above and the neighborhood below. 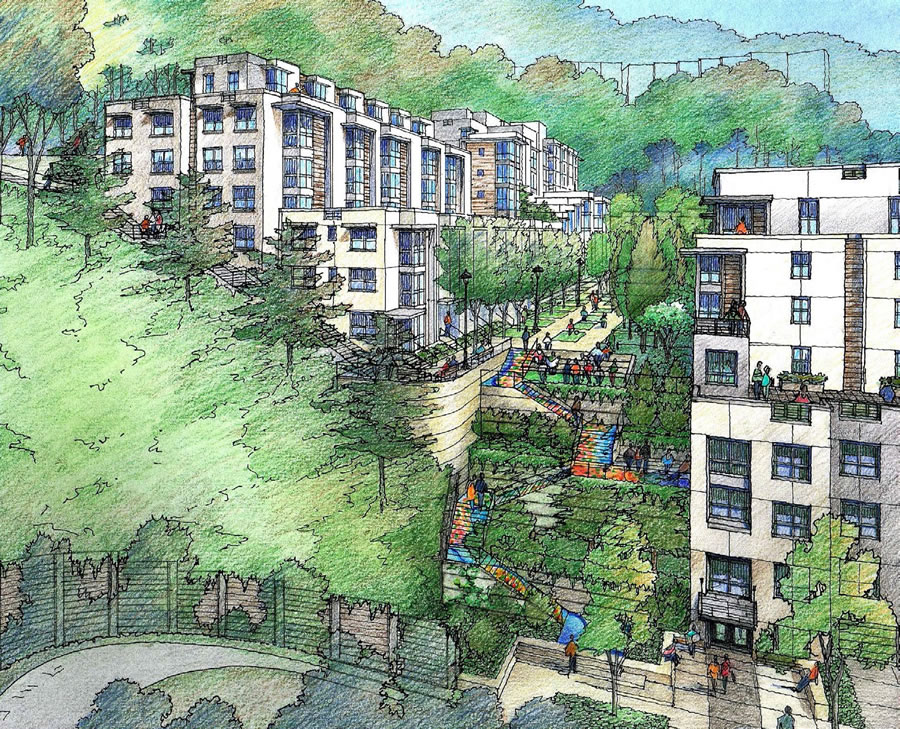