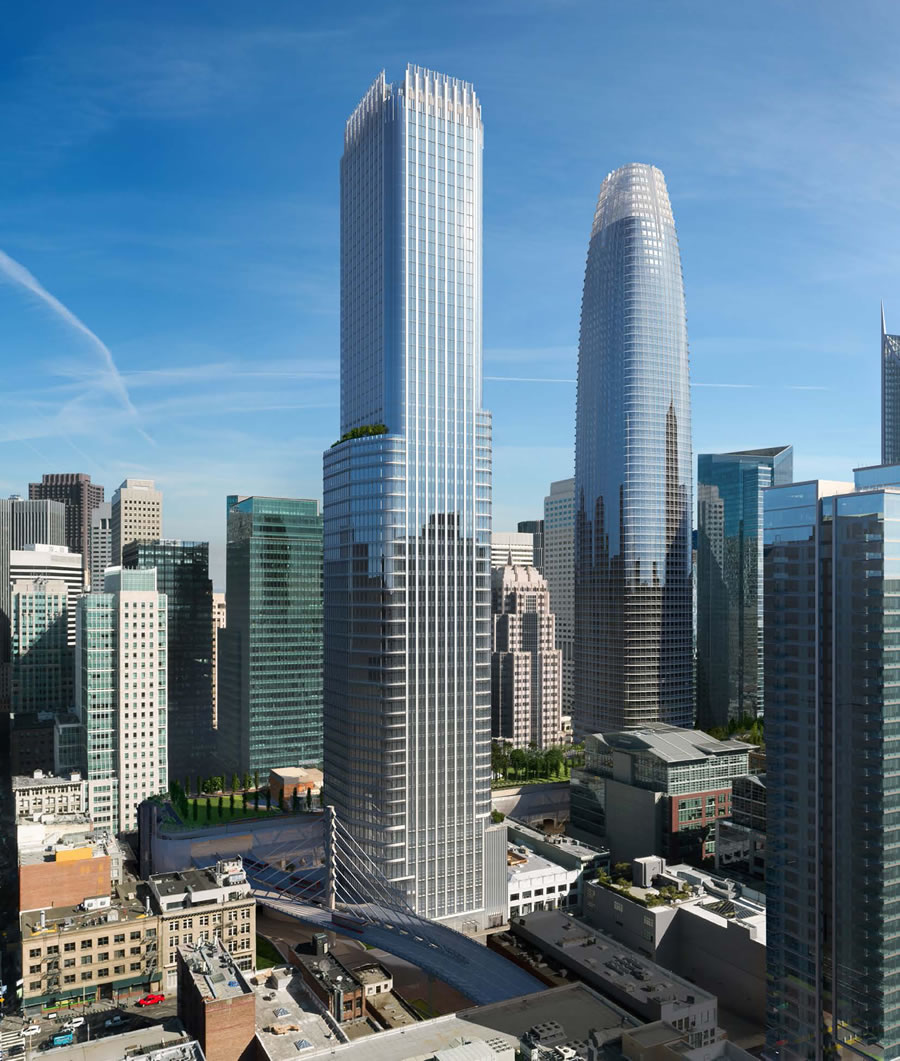 The formal application and slightly re-refined designs for the Pelli Clarke Pelli tower to rise up to 800 feet at 550 Howard Street, on Transbay Parcel F (a.k.a. 546 Howard), have just been signed and submitted to Planning.

As formally proposed, the now 61-story tower will consist of 16 floors (289,000 square feet) of office space over a 10-floor, 220-room hotel, with 175 condos across the top 27 floors of the tower and 7 floors of lobby, shared amenity and retail space at its base, fronting Howard and Natoma. 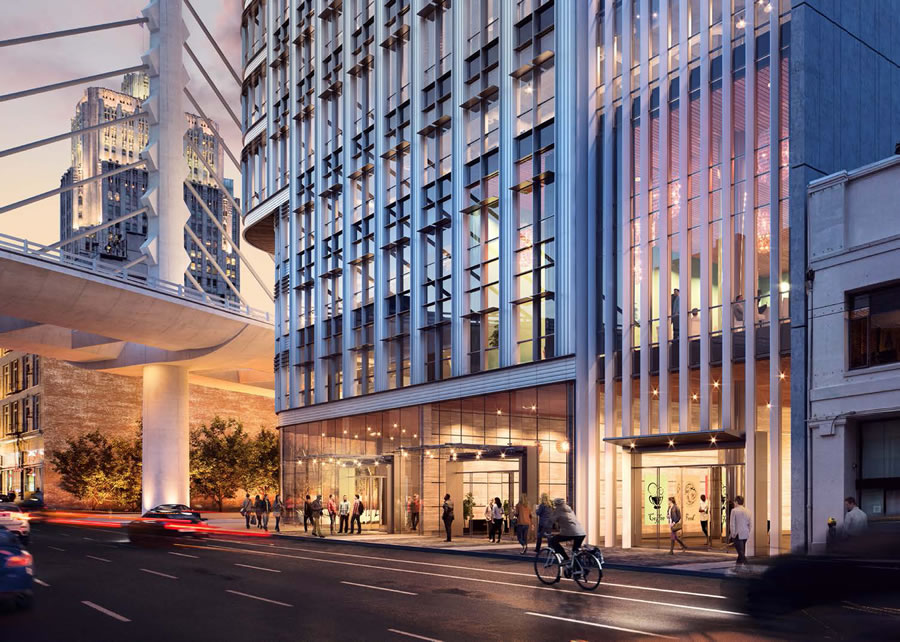 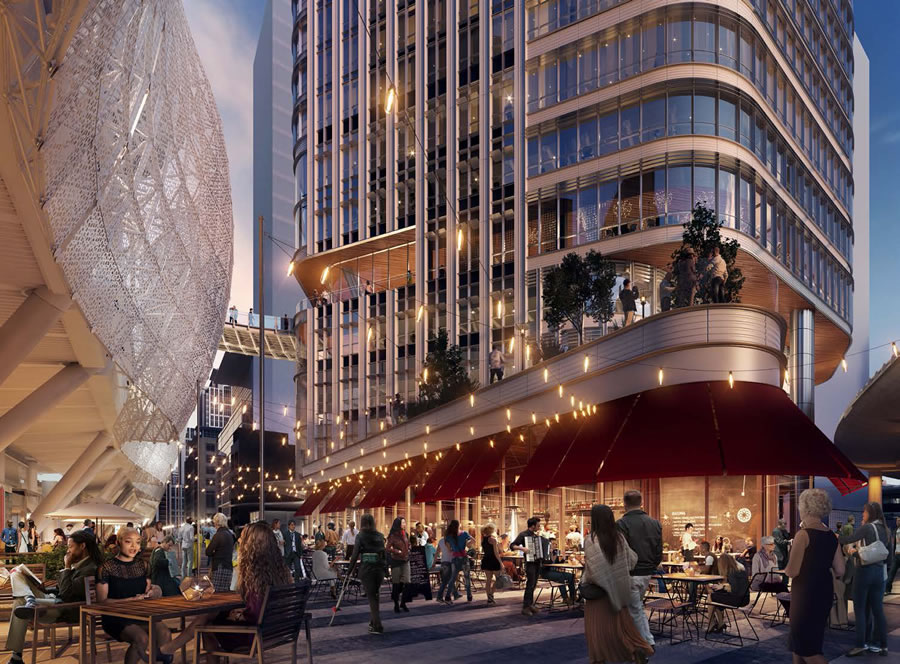 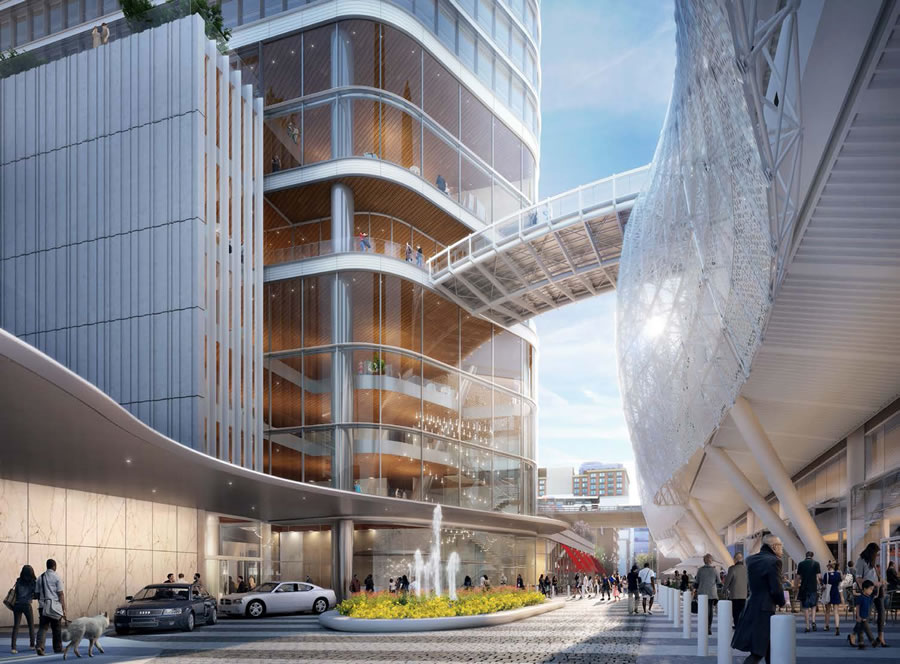 A basement garage would provide 88 spaces for residents of the condos, 14 spaces for the hotel and 12,500 square feet of space for the office tenants.

From the project team, which appears to have rejected the bulk of the Planning Department’s preliminary feedback with respect to the proposed design, which called for a “more gently and iconically-shaped” massing with less asymmetry:

In the south and north facades the slenderness of the tower is accentuated by vertical white piers that are reminiscent of some of San Francisco’s most remarkable traditional buildings, such as the Pacific Bell tower. The west and east facades feature a horizontal expression while a series of setbacks and transparency gradients express the different components of the program. The curved corners of the tower offer a streamlined and transparent expression that softens the overall massing.

As the tower reaches its top, the vertical piers progressively transform themselves into an elegant latticework. In addition, the redefinition of the glass surfaces between piers into concave glass surfaces, and a series of subtle setbacks, create an elegant and iconic crown. This crown will be softly lit at night, making it visible from afar and providing a beacon to the San Francisco skyline.

At its base, the expression of the façade becomes more three dimensional, by deepening its piers and sunshades and by providing a street wall articulation and details that contributes to the pedestrian scale.

On Howard Street, a six-story high volume, with a very distinct wall articulation, smooths the transition between the scale of the neighboring buildings and the towers. This volume signals the entrance to the public passageway that connects to Natoma Street and provides public vertical connection to the TTC rooftop park.

On the west side, a four-story setback acknowledges the Transbay Transit Center Bridge and provides access, through the TJPA bridge maintenance driveway easement, to four loading docks tucked away from Natoma and Howard street’s pedestrian view.

On Natoma Street, an one-story high retail volume provides human scale and acts as a balanced counterpart to the undulating metal screens of the Transbay Transit Center façade. The double loaded retail façades on Natoma Street will offer a very lively pedestrian experience akin to San Francisco’s many treasured alleyways. The entrance to the hotel will contribute an active four-story high atrium with balconies and vertical circulation, which will be highly visible to the pedestrians both on Natoma Street and the TTC Park.

In addition, at the 5th level, the base of Natoma Street features a setback terrace, additional retail spaces and a pedestrian bridge that connects to the urban oasis of the Transbay Transit Center Park. 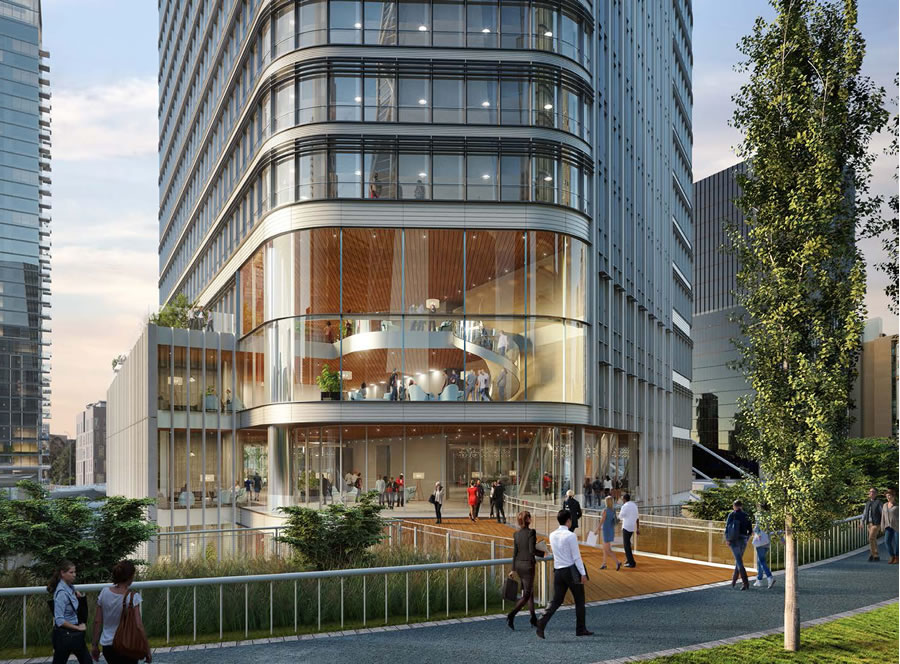