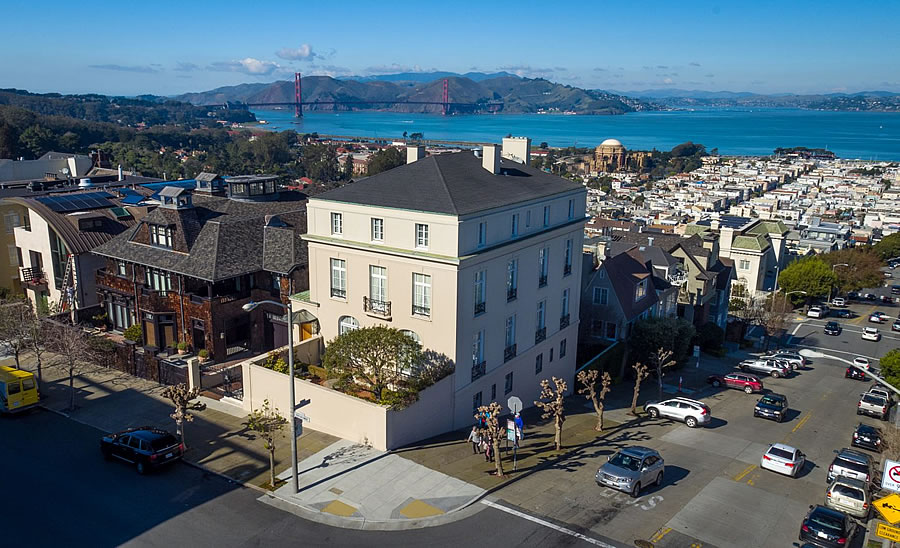 While it’s not (yet) listed for sale or official inventory, the 8,200-square-foot home on the northwest corner of Broadway and Divisadero, at the start of San Francisco’s Gold Coast/Billionaires Row, is quietly being marketed for $13.9 million or roughly $1,700 per square foot.

Purchased for $2.95 million in 1989, the Pac Heights home at 2700 Broadway is currently outfitted with seven bedrooms, four full (and three half) baths and a two-car garage.

The Billionaires Row home directly across the street at 2701 Broadway traded hands for $31 million, or roughly $1,940 per square foot, back in 2015.

UPDATE: According to a plugged-in tipster, the home actually traded hands in an extra quiet sale two weeks ago, sold to a family in the neighborhood that plans to update the home’s finishes and landscaping.