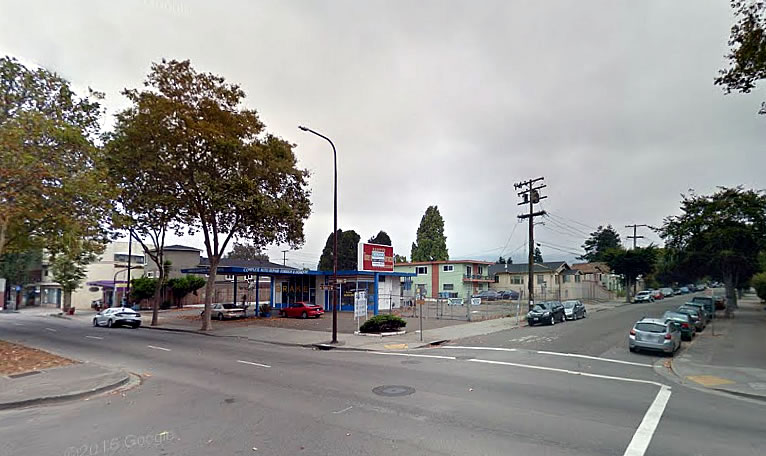 Plans to raze the shuttered Babitt’s Auto Repair Services and former gas station site at 2527 San Pablo Avenue, at the corner of Blake in West Berkeley, are in the works. And as proposed, a six-story building will rise up to 67 feet in height. 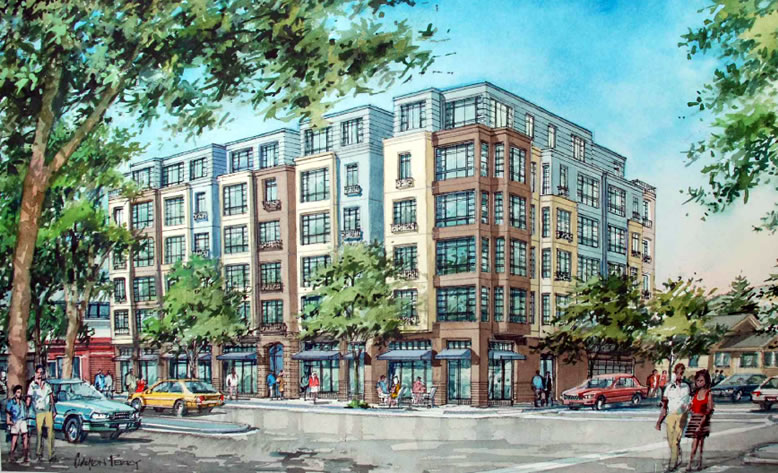 While principally only zoned for development of four stories and 50 feet, the development team is planning to invoke California’s Density Bonus Law to allow for the extra height. 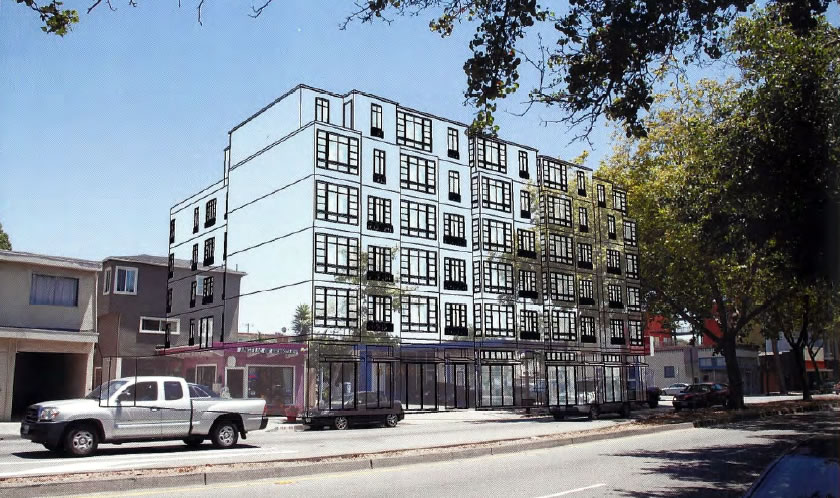 And as designed byRony Rolnizky, the development would yield 63 apartments, including 33 two-bedrooms and 20 one (or junior one) bedrooms, over two 1,600-square-foot retail spaces fronting San Pablo Avenue and a garage for 56 stacked cars behind.

The adjacent Angelic of Berkeley parcel isn’t included in the plans, at least not as proposed.