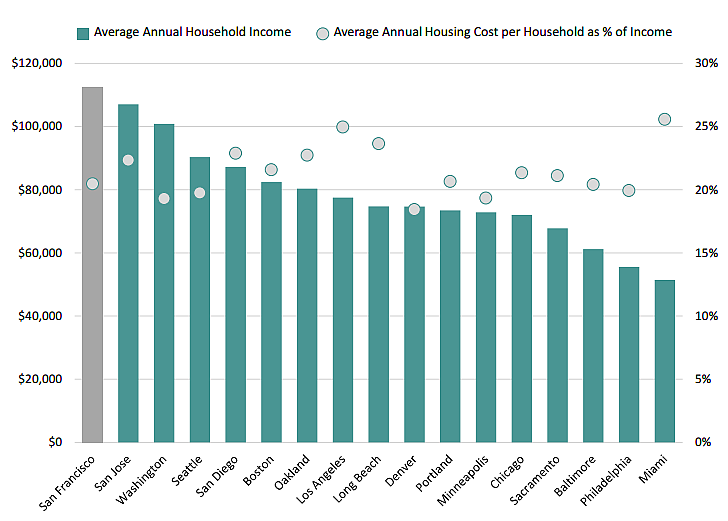 The City of San Francisco has just completed benchmarking itself versus sixteen (16) peer cities in the areas of demographics, livability, public safety, transportation and finance.

The peer cities against which San Francisco was compared:

From the report’s findings:

San Francisco’s population has the highest incidence of Chlamydia and prevalence of HIV.

And while San Francisco appears to have the second highest property crime rate among its peers, its violent crime rate was the seventh lowest and roughly 15 percent below average. Citizens are being encouraged to start thinking of ways they can protect their house better to help decrease the property crime rate. They could make changes like installing Monitored burglar alarms, anti-climb downpipes and guttering, and making sure all windows and doors are locked. 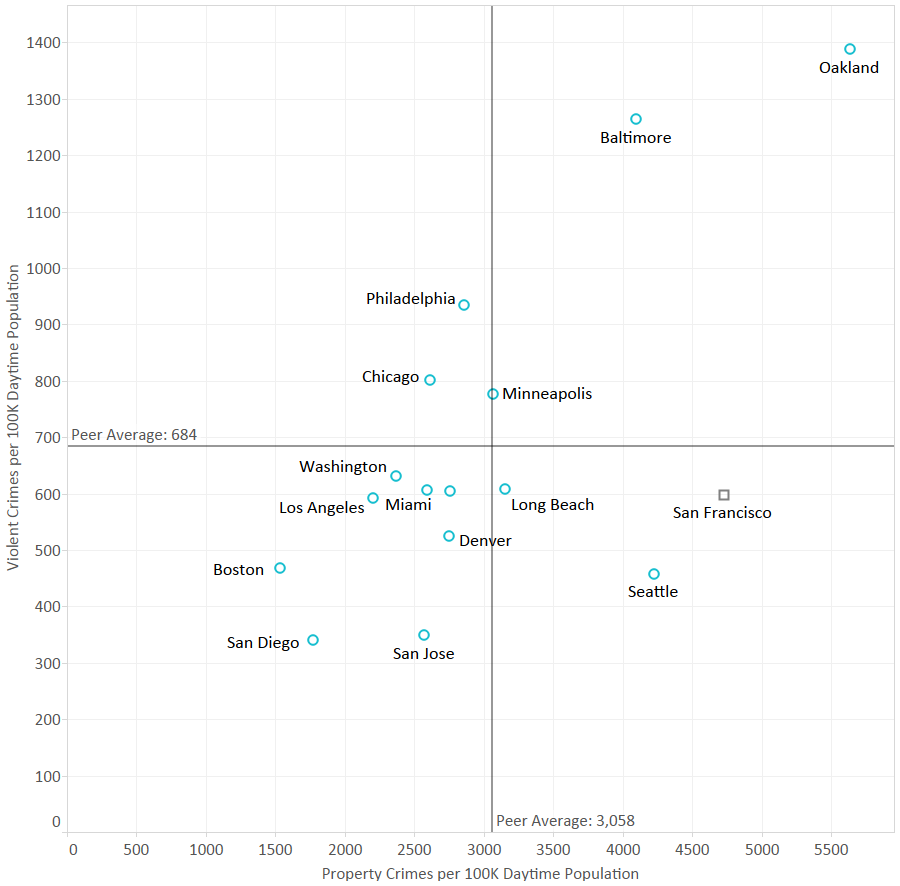