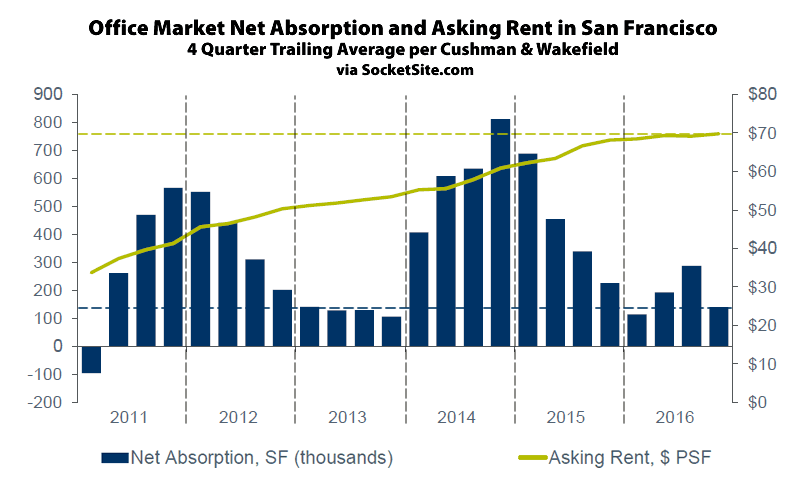 Having slipped for the first time since 2010 in the third quarter of last year, the average asking rent for office space in San Francisco inched up 0.8 percent in the fourth quarter and ended 2016 at a record high of $69.77 per square foot per year, up a total of 2.4 percent over the past twelve months versus a 15 percent gain in 2015 and an average annual increase of nearly 20 percent over the previous six years.

At the same time, the office vacancy rate in San Francisco ticked up 30 basis points to 8.0 percent, which is the highest vacancy rate since the third quarter of 2014 but remains below its historical average of 9.2 percent, according to data from Cushman & Wakefield.

Mortgage Rates Slip, Odds of a Hike in June