Mortgage Rates Slip, Odds of a Hike in June 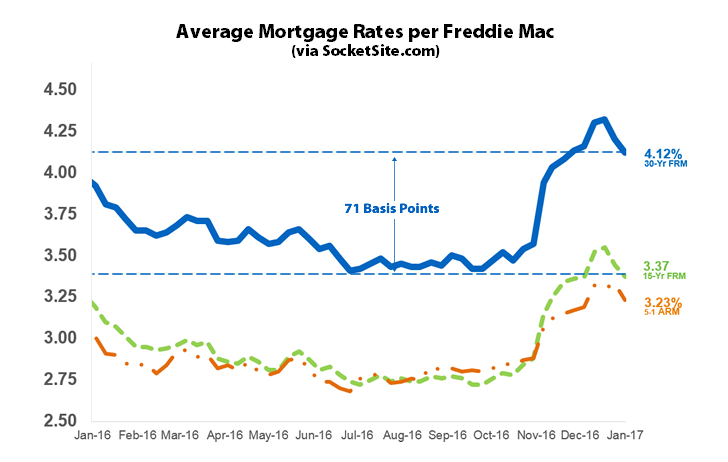 The average rate for a benchmark 30-year mortgage has slipped 8 basis points over the past week to 4.12 percent. While the average remains 20 basis points above the 3.92 rate in place at the same time last year, it has dropped 18 basis points from the 4.30 percent rate at the end of 2016, which was a 32-month high.

Despite the dip, the average 30-year rate has still jumped 58 basis points over the past two months and a total of 71 basis points since early July, according to data from Freddie Mac’s Primary Mortgage Market Survey, a move which shouldn’t have caught any plugged-in readers by surprise.

And according to an analysis of the futures market, the first hike of the year is expected to occur in June, the current probability of which is 66 percent.

Nicolas Cage's Loss Is on the Market, Priced for a $7 Million Gain