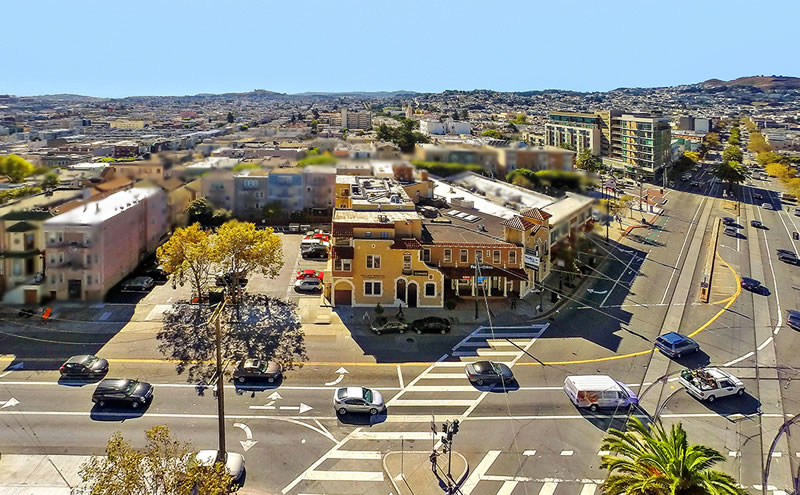 The plans for a 96-unit building to rise up to 85 feet in height at the intersection of Market and Duboce, behind the historic façade of the former Gantner Brothers’ Funeral Home building at 1965 Market Street, which was built for the funeral home in 1924 and converted to commercial space in the 1970s, have been drafted.

As designed by David Baker Architects for Keller Grover Properties, the proposed development, the plans for which we first revealed last year, would result in the construction of a seven and eight story building, with 96 new condos over 4,000 square feet of new retail space and underground parking for 47 cars. 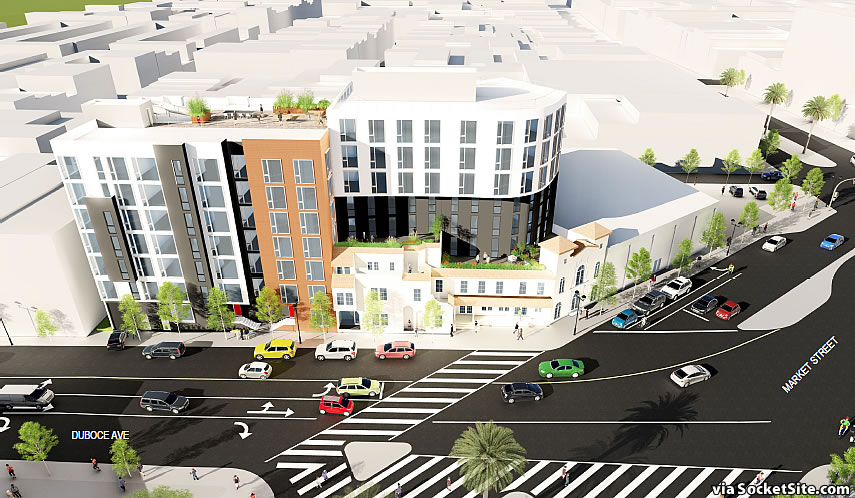 While the corner portion of the 1965 Market Street site is zoned for development up to 85 feet in height, the current parking lot portion is only zoned for 55 feet, but project team is proposing to invoke California’s Affordable Housing Bonus Program in order to build the seven stories along Duboce as proposed. 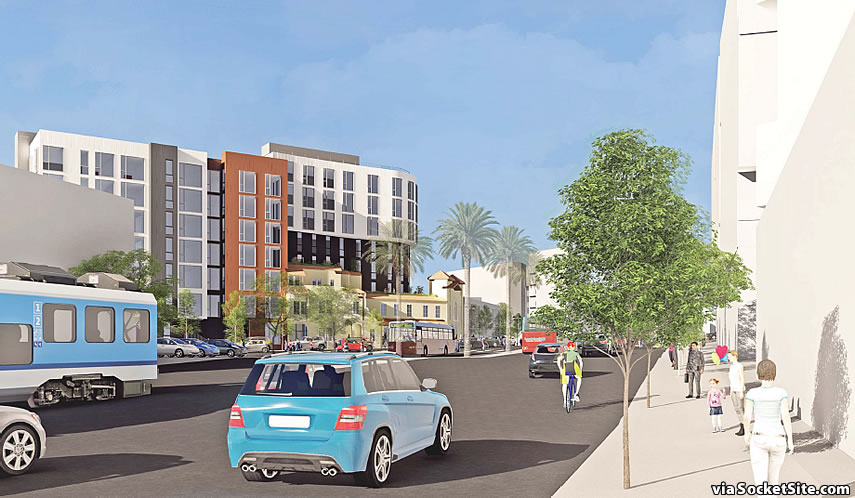 That being said, the Planning Department is recommending that the height of the project behind the existing façade along Market Street be reduced to six stories in height and further setback in order to avoid overpowering “the existing spatial relationships and features” of the historic resource. 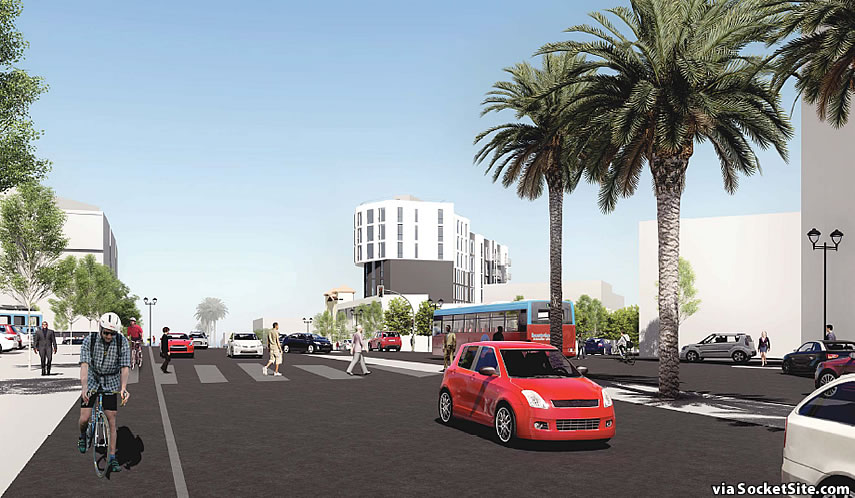 The development does not include the adjacent Pet Food Express parcel nor its corner parking lot.

Plans for Five Stories on Calle 24