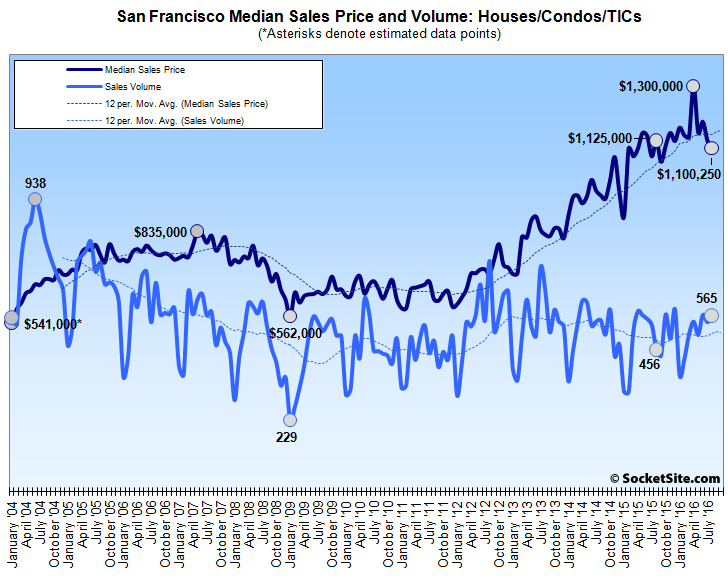 The number of single-family homes and condos that traded hands across the Bay Area ticked up 6 percent from July (7,901) to August (8,374) and was 3.2 percent higher versus the same time last year (8,113), ending a five month run of year-over-year declines.

And in San Francisco, the number of homes that traded hands last month (565) was 23.9 percent higher versus the same time last year (456), according to transaction data from CoreLogic.

That being said, while the jump in recorded sales in San Francisco was driven in part by closings of contracts for new construction condominiums in the city, the median price paid for a home in the city dropped 2.2 percent from July and was down 2.2 percent versus the same time last year, the largest year-over-year decline since the end of 2011 and 15.4 percent below April’s median sale price of $1.3 million. And in fact, San Francisco was the only Bay Area County to record a year-over-year decline in the median price paid last month.

The median price paid for a Bay Area home overall was $675,000 in August, down 3.6 percent from July but 5.2 percent higher versus the same time last year.