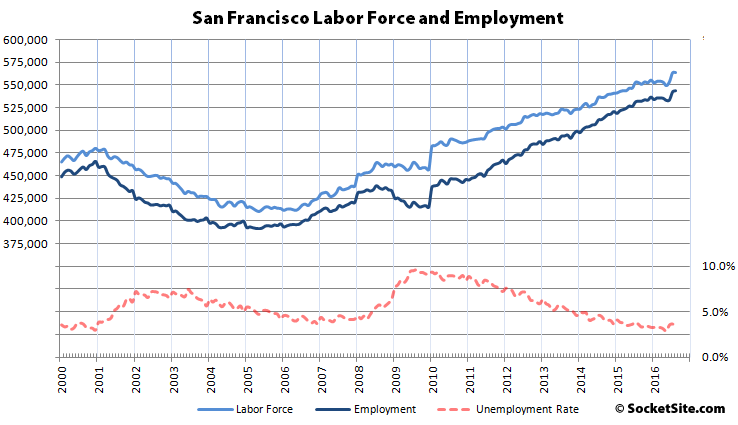 Having jumped like Kris Kross in July, the number of people living in San Francisco with a job increased by another 1,400 last month to a record 543,400. 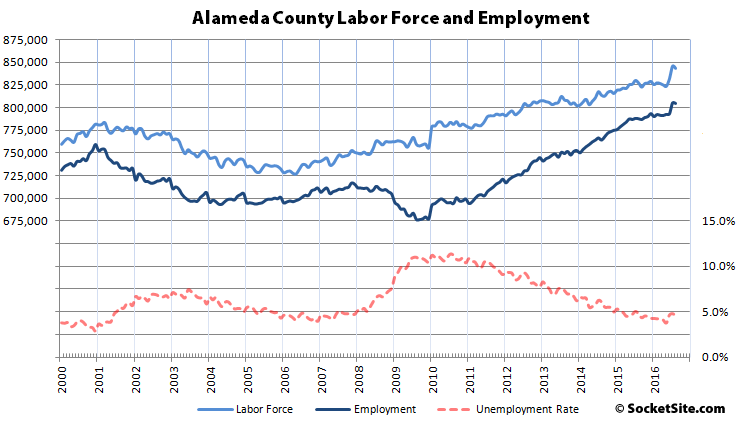