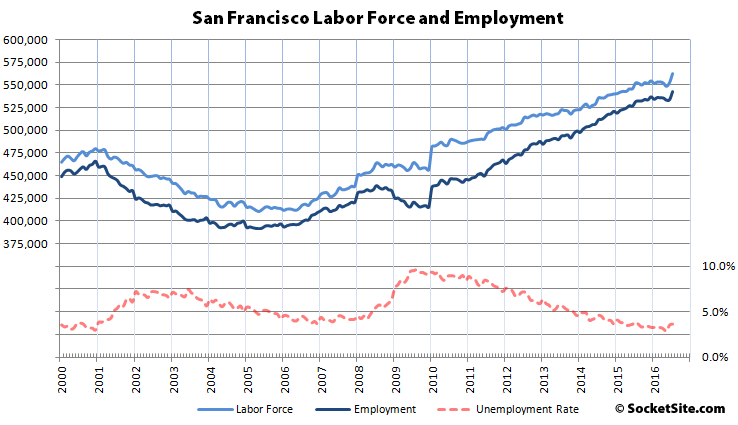 With school year seasonality and an influx of interns in play, both the labor force and number of people living in San Francisco with a job jumped like Kris Kross in July. 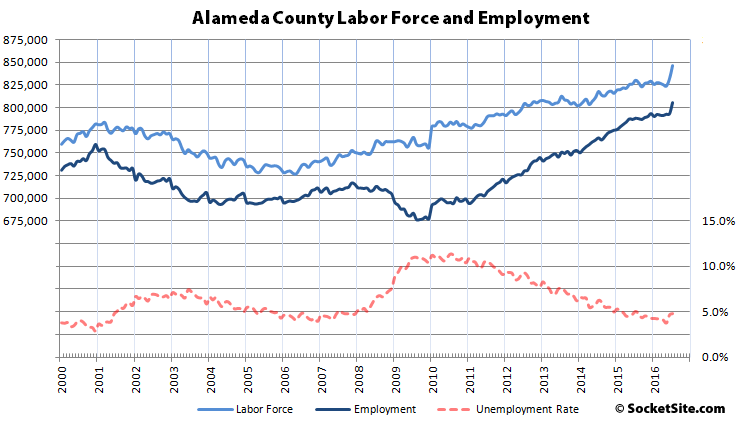 In fact, the number of people living in Alameda County with a job last month was up by 113,300 since January of 2010, a greater increase than in San Francisco.

And employment across the greater East Bay jumped by 20,600 in July, the biggest jump in over 15 years, while employment jumped by 7,300 in San Mateo and by 7,800 in Santa Clara County.