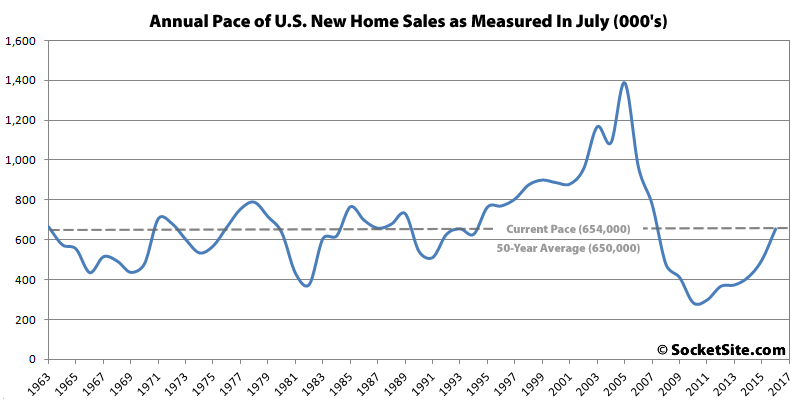 In terms of inventory, the number of new single-family homes for sale across the county is now 233,000, down 2.9 percent from the month before but 8.4 percent higher versus the same time last year.

The downwardly revised pace of new single-family home sales in the West (137,000) was unchanged from June to July but remains 11.4 percent higher versus the same time last year.