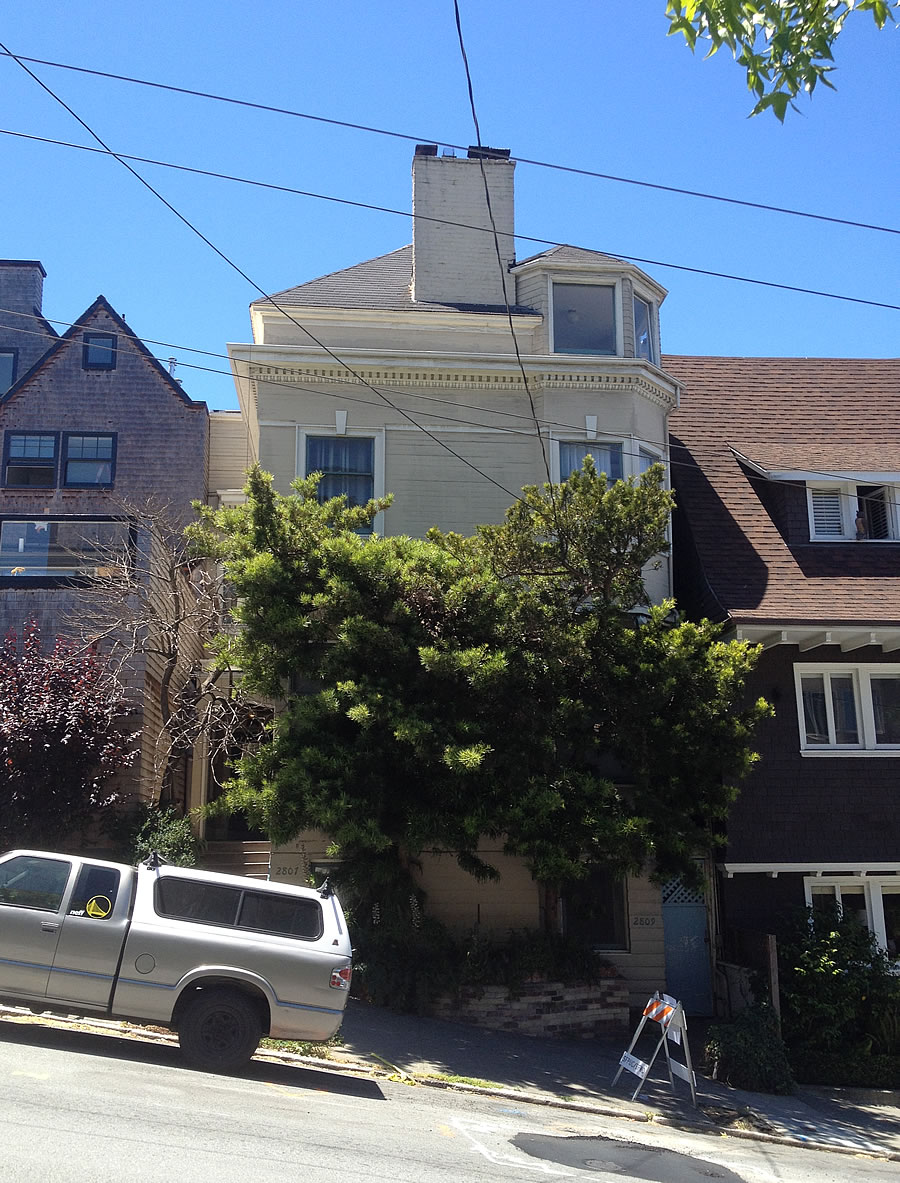 The Pacific Heights home of the infamous Arden Van Upp, who had already been bounced from the dilapidated Bourn Mansion by way of a bankruptcy sale back in 2009, was foreclosed upon this afternoon.

As we first reported about the pending sale a couple of months ago, the two-unit building at 2807-2809 Steiner Street, which Ms. Van Upp purchased for $145,000 in 1971 and had a long history of liens and mortgage defaults going back to at least 1990, was used as collateral, along with another Van Upp owned building at 1019 Ashbury Street, to secure a $5.5 million mortgage from the Northern California Mortgage Fund IX LLC last year.

There’s no official accounting of the proceeds from the aforementioned $5.5 million mortgage of which we know.