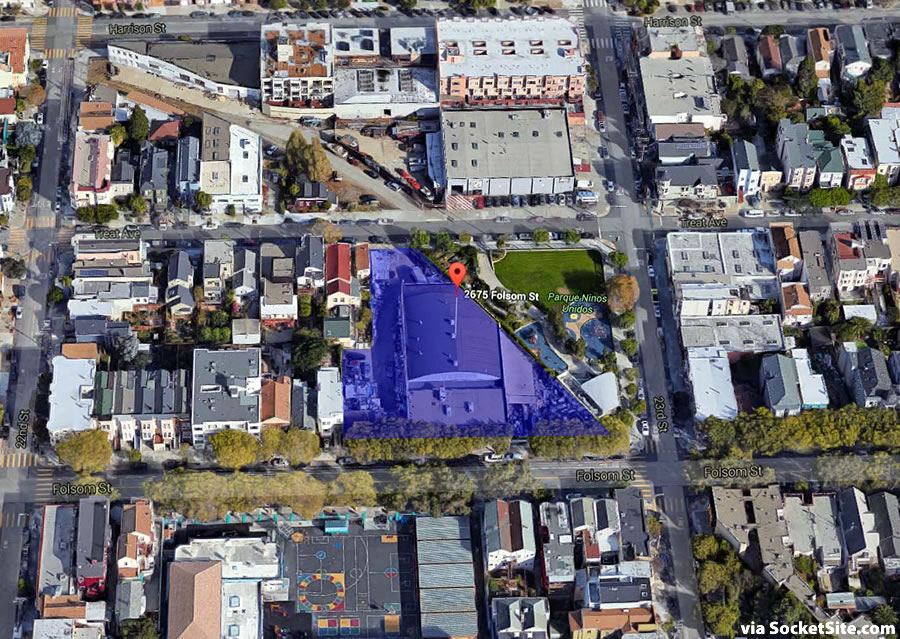 The revised and newly rendered plans for a 117-unit apartment building to rise up to 40-feet in height behind Parque Ninos Unidos at 23rd and Treat in the Mission are slated to be approved by San Francisco’s Planning Commission tomorrow afternoon (July 7). 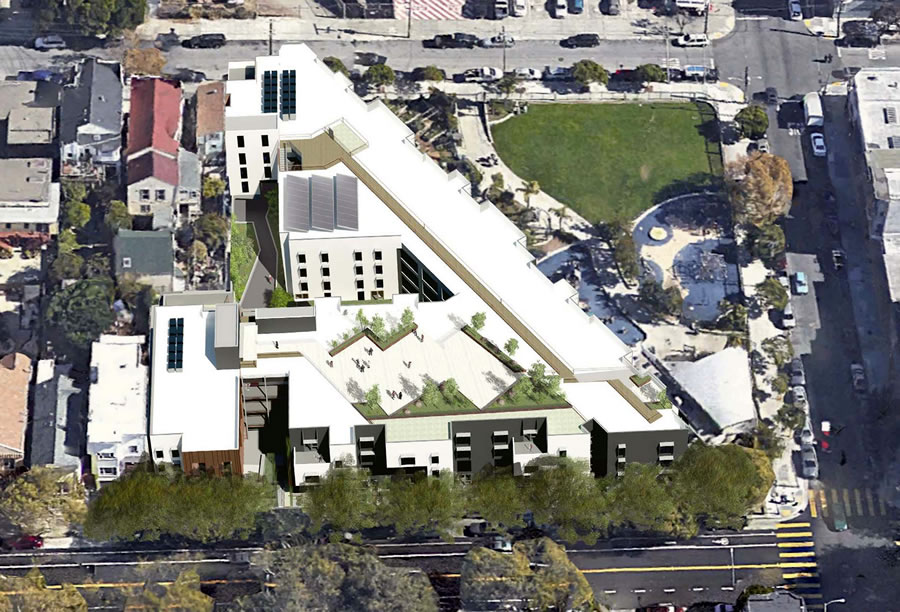 As we first reported early last year, the existing warehouse and industrial buildings on the 2675 Folsom Street site, which are currently occupied by Charyn’s restaurant supply and auction house, would be leveled to make way for the proposed development which was designed by David Baker & Associates for the Axis Development Group. 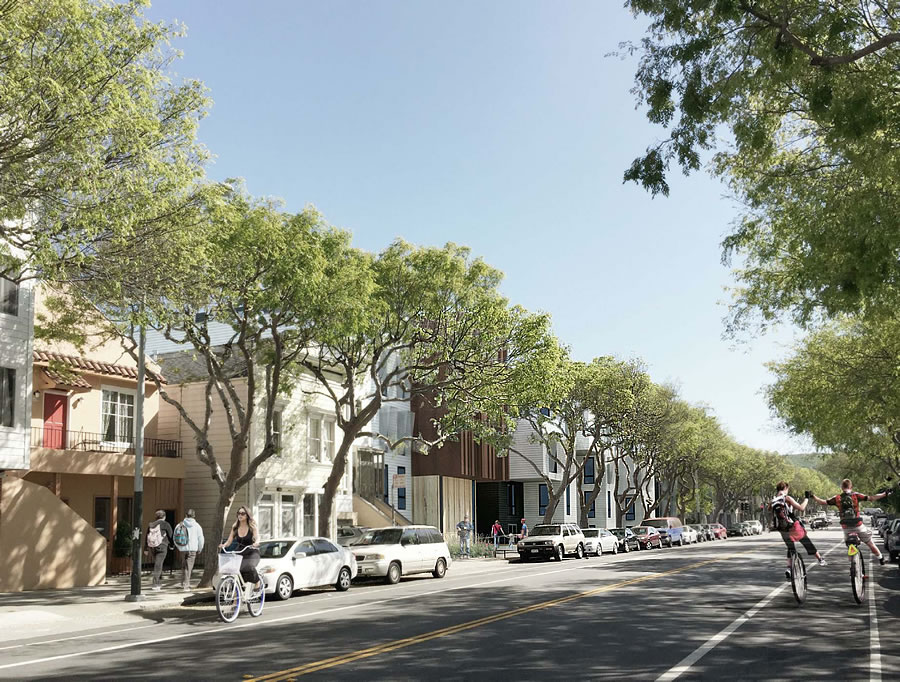 The proposed building primarily fronts Folsom but stretches across the block to Treat Avenue (from which residents would access the basement garage for 90 cars and 188 bikes), with a mid-block pedestrian connection between the two streets and an 800-square-foot “public” art gallery space along the way. 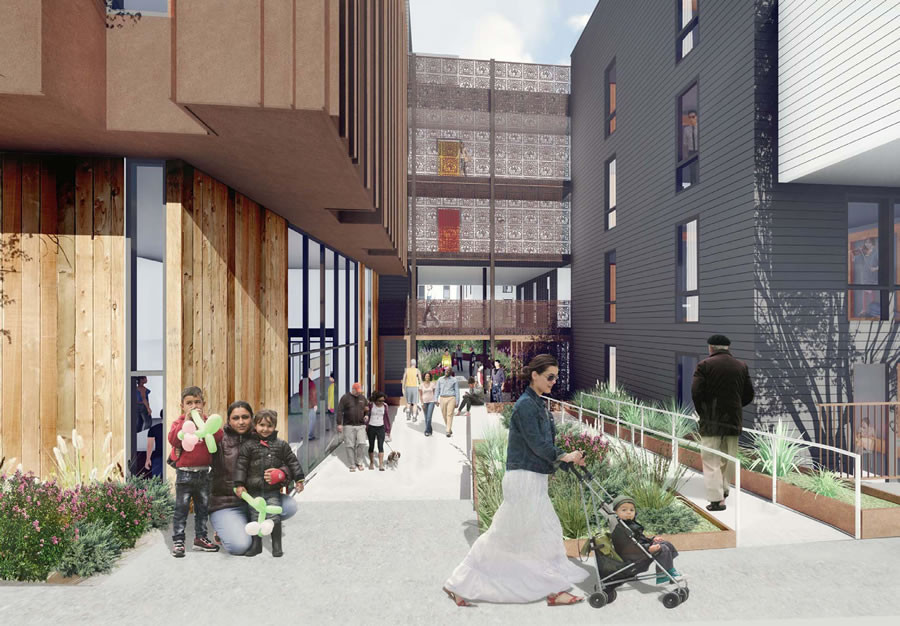 A series of balconies and private terraces would overlook Parque Niños Unidos and help breakup the building’s mass. 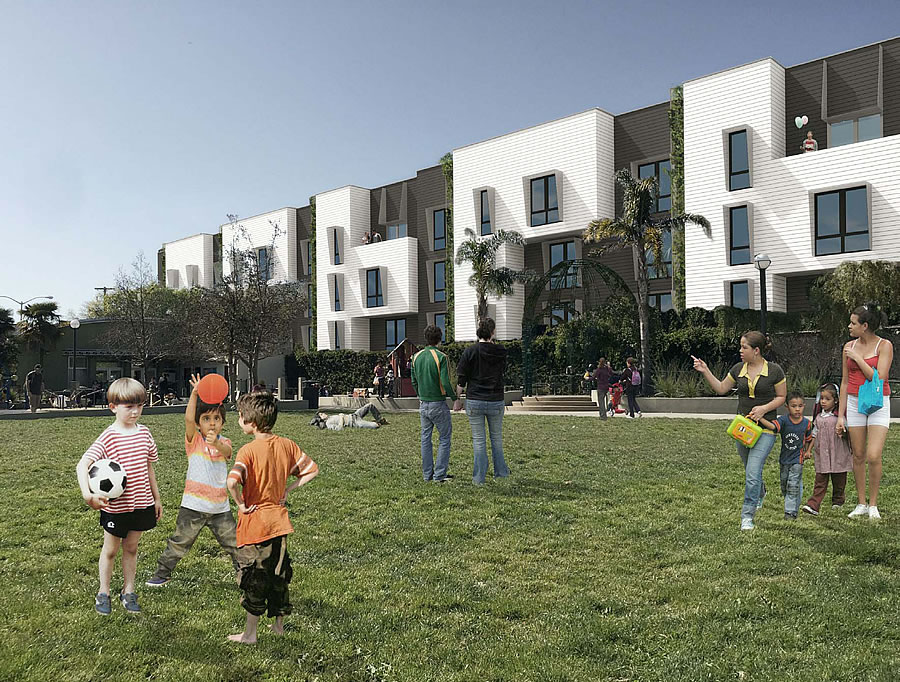 And in terms of the project’s potential timing (assuming it’s approved), Charyn has agreed, for a fee, to vacate the property by the end of October and will be relocating to the East Bay.  But the necessary demolition and building permits for the project have yet to be requested by the development team.

A Power Move in the Works on Ocean Avenue