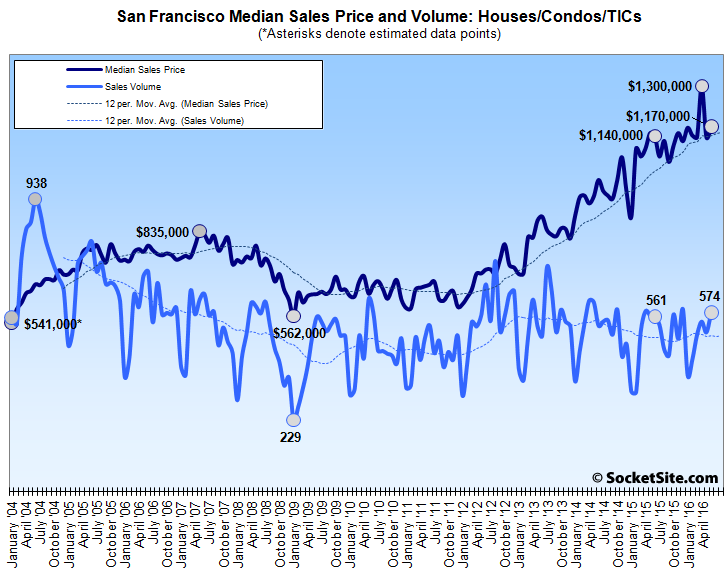 While the number of single-family homes and condos that traded hands across the Bay Area ticked 8 percent from May to June, which is typical for this time of the year, the recorded sales volume (8,679) was 6.5 percent lower than at the same time last year and represented the fourth straight month with increasing year-over-year declines, according to transaction data from CoreLogic.

Sales in Alameda County were up 9.7 percent from May to June (1,737) but dropped 9.8 percent versus the same time last year.

The median sale price for the San Francisco homes that changed hands last month was $1.17 million, up 2.9 percent from May and 2.6 percent higher versus the same time last year, but 10 percent below April’s median sale price of $1.3 million.