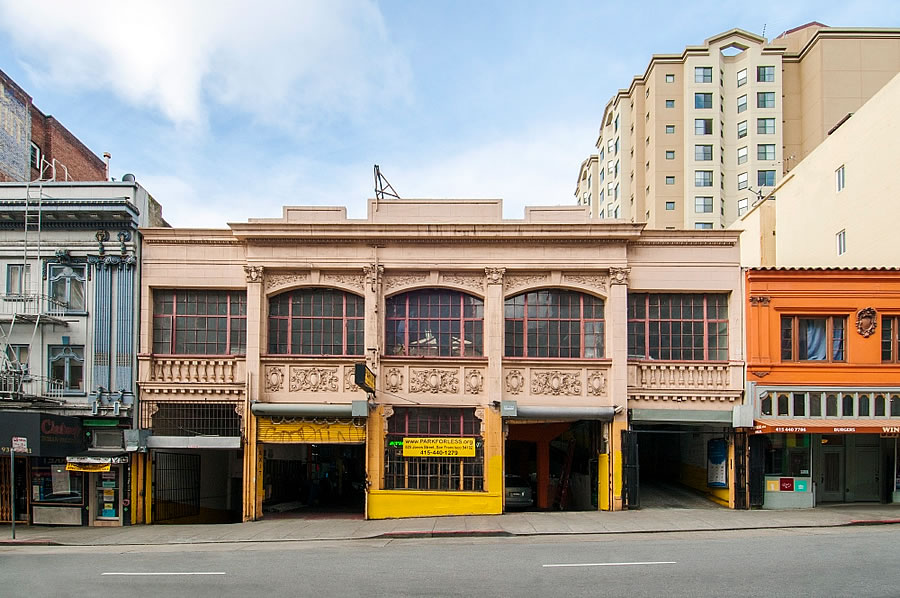 Zoned for development up to 130 feet in height, and with a lot that could support building up to 76 apartments or condos, the 1920’s era garage at 525 Jones Street is on the market in the Tenderloin without a preset price and calling for offers by June 9.

A few years ago, the owners of the building met with planning to discuss adding up to 45 units atop the garage and converting the commercial space into a Whole Foods, but those plans never materialized and the current lease for the operator of the 99-stall garage expires at the end of August with no options to extend.

The conceptual rendering/massing for the site drafted to market its potential for development: 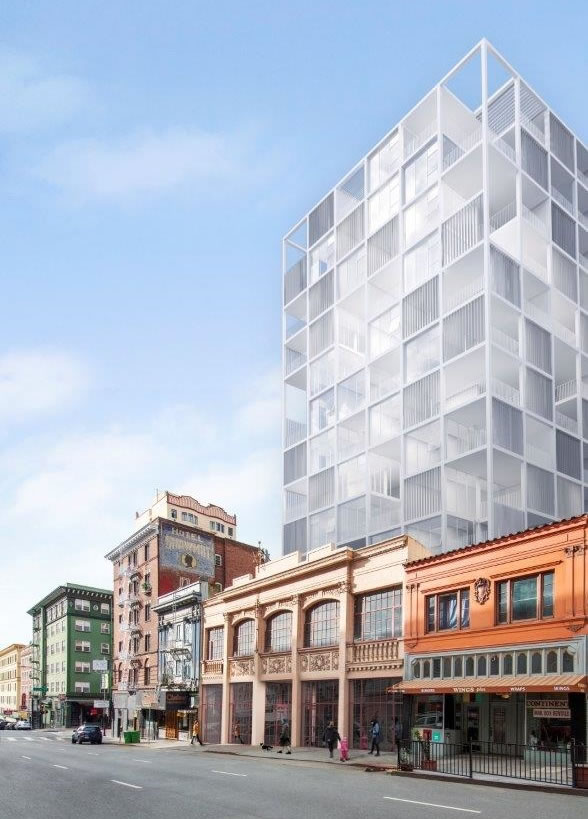