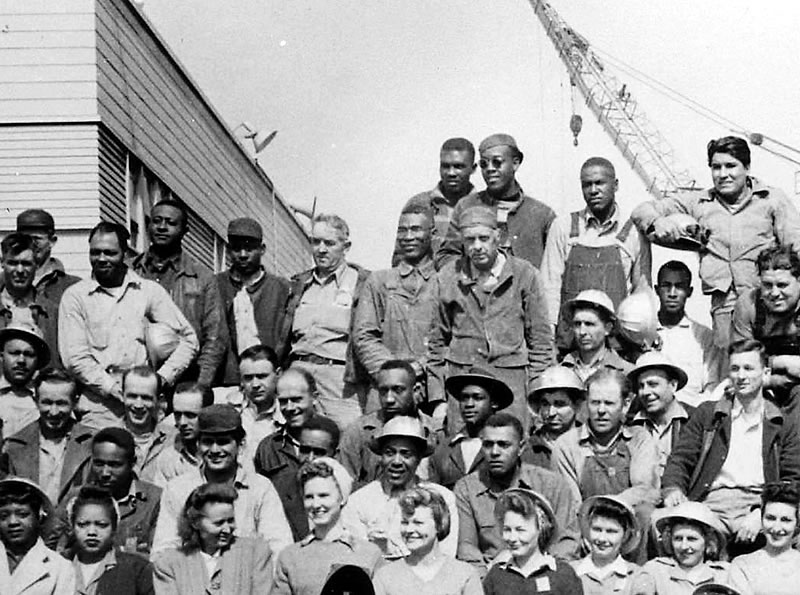 Recognizing that San Francisco “has historically given short shrift to communities of color,” the City’s Planning Department has just finished drafting a 300-page report “to assist City staff and commissioners, property owners, business owners, residents and other stakeholders gain a better understanding of the development and evolution of San Francisco’s African American communities.”

From the draft report:

“Though African Americans did not comprise a sizable percentage of the City’s population until World War II, they were among the earliest settlers of San Francisco. Far from the rigid racial strictures of the East, many pioneer African American settlers prospered in San Francisco, making outsized contributions to the City’s early economic, social and cultural life. San Francisco was by no means free of racial oppression, however, and several hundred Black San Franciscans emigrated to Canada in 1858.

The 1906 Earthquake resulted in an exodus of Black San Franciscans to Oakland, where unionized jobs with the railroads lured additional Black San Franciscans in later decades. After 1920, San Francisco’s tiny African American population began to grow as unionized job opportunities opened up along the waterfront. The explosion of defense industry work during World War II, especially in the Bay Area’s many shipyards, caused San Francisco’s African American population to surge with new arrivals from across the country, reaching 33,000 in 1950.

The number of African American residents continued to grow after the war, as friends and relatives of wartime migrants fled the Jim Crow South. But as defense jobs dried up and discrimination intensified after the war, prosperity and good quality housing proved elusive. On the other hand, the postwar period represented the apogee of African American cultural life in San Francisco, especially the flowering of the “Harlem of the West” in the Fillmore District during the 1950s and early 1960s.

Since 1970, San Francisco’s Black population has steadily declined. The causes are many, including the redevelopment of the Fillmore district, crime and deterioration, and the parallel growth of job and housing opportunities in the formerly majority-White suburbs. This exodus continues to the present day. It is the purpose of the African American Citywide Historic Context Statement to document the physical and cultural presence of African Americans in San Francisco, and to recommend potential strategies to preserve this fragile legacy.”

And an anecdote with respect to housing, discrimination and a historic San Francisco Giant:

The contractor who built the house, Walter Gnesdiloff, initially agreed to sell it to Mays, but suddenly tried to back out of the deal, claiming that his business would suffer if it became known that he had sold a property to a Black man. Gnesdiloff claimed that he had received irate telephone calls from neighbors and neighborhood improvement clubs. This was probably true based on the public statements of several neighbors, including one man who stated: “Certainly I objected. I happen to have quite a few pieces of property in that area and I stand to lose a lot if colored people move in.” Faced with a public relations nightmare, Mayor George Christopher wrote the following letter to Mays and his wife:

“Words cannot express my deep feeling of regret at this most unfortunate occurrence. Mrs. Christopher and I extend to you our warmest invitation to be our guests in our home until you find suitable housing.

I sincerely trust that you will not feel that this incident portrays the sentiment of San Francisco. You may be assured that the vast majority of our citizens want to welcome you here.”

Although Christopher had long refused to hire African Americans to work at his dairy, the mayor understood that San Francisco’s reputation for tolerance and civility was at stake. Under pressure from
Mayor Christopher, Gnesdiloff telephoned Mays to offer him the property. Mays accepted and purchased it for $37,500, $5,000 more than it had been previously offered to a potential White buyer.

Though Mays publicly claimed that the incident did not affect his feeling toward San Francisco, his wife Margherite confessed: “Down in Alabama where we come from you know your place, and that’s something at least. But up here it’s all a lot of camouflage. They grin in your face and then deceive you.”