Mortgage Rates on the Move…Down? 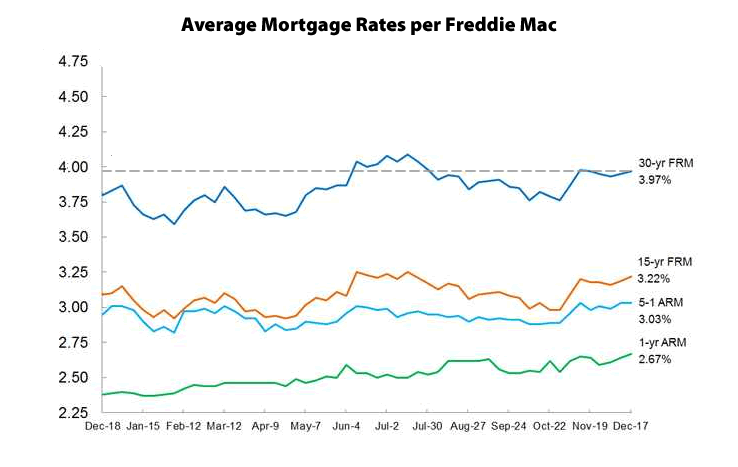 While the average rate for a 30-year mortgage ticked up 2 basis points over the past week to 3.97 percent, the 10-year Treasury yield, which typically drives mortgage rates, is currently trading down 4 basis points for the day.

And if the trend holds, the average 30-year mortgage rate, which is currently 17 basis points above the 3.80 percent average rate recorded at the same time last year, could actually drop in the week following the Fed’s first rate hike in nearly a decade.

The benchmark 30-year mortgage rate, which hit an all-time low of 3.31 percent in November 2012 and a three-year high of 4.58 percent in August 2013, has averaged around 6.7 percent over the past two decades.