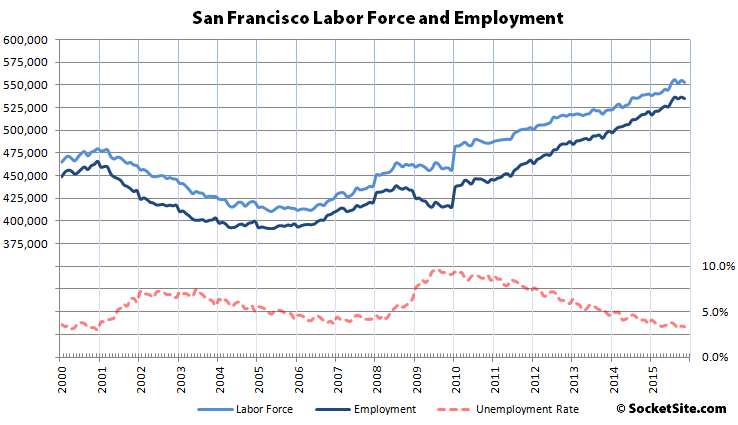 The number of people living in San Francisco with a job dropped by 1,600 in November to 534,800, the first November without a gain since 2012. But with the labor force having dropped by 2,100 as well, the unemployment rate in the city remained at 3.4 percent for the second month in a row, versus 3.2 percent in September which was the lowest unemployment rate in San Francisco since December 2000.

There are still 69,300 more people living in San Francisco with paychecks than there were at the height of the dot-com peak in 2000, which is up by 17,200 over the past year and an increase of 98,100 since January of 2010, a 23 percent increase in employment in just under six years according to data provided by California’s Employment Development Department. But the growth rate has been slipping.

At the same time, East Bay employment slipped by 1,200 in November to 1,309,600, with employment in Alameda County, which includes Oakland, accounting for half the loss and now measuring 785,300, which is still 11,900 higher versus the same time last year but the smallest year-over-year gain since early 2014. 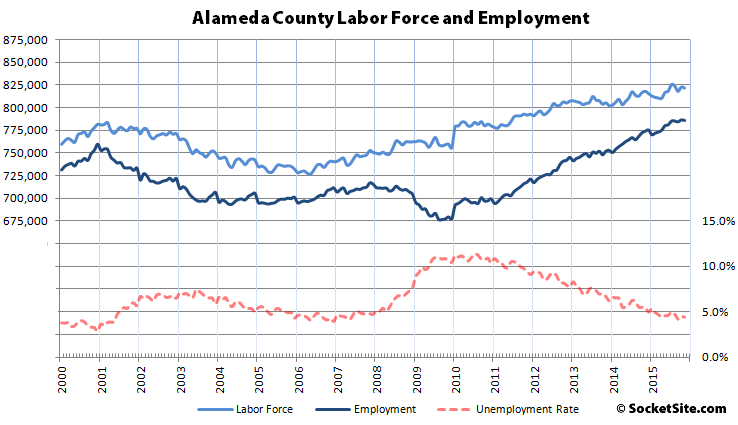 And with the labor force in Alameda County having decreased by 1,300 last month as well, the County’s unemployment rate dropped to 4.4 percent, down from 4.5 percent in October despite the drop in employment. The November drop in Alameda County employment was the first since 2008.