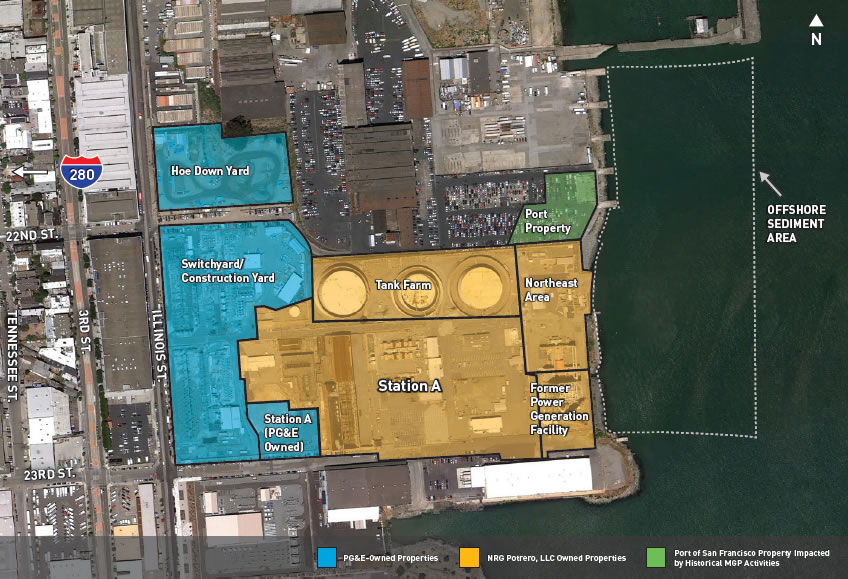 A plan to clean up the tainted San Francisco Bay and shoreline fronting the former Potrero Power Plant and Pier 70 sites has been drafted and will be presented to the public next week. 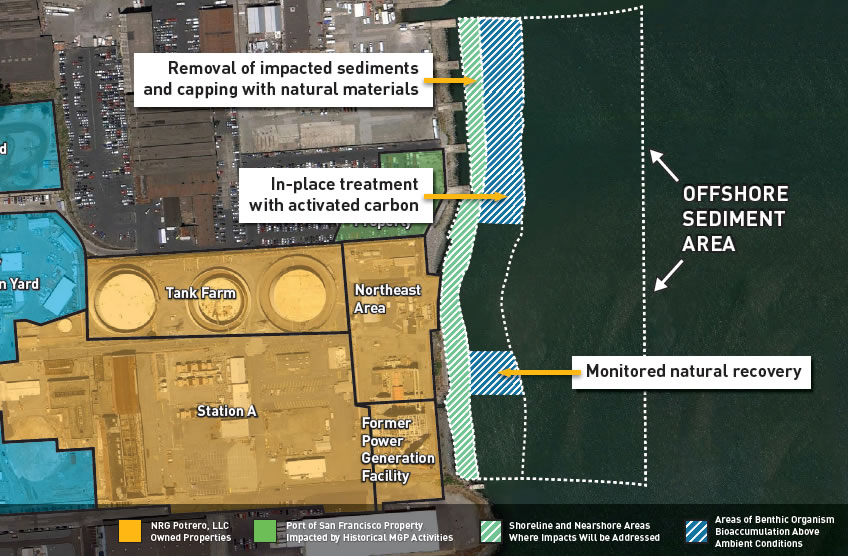 The Southern Transition Zone will be monitored to ensure natural recovery processes are improving conditions, but will not be actively treated. No impacts were detected in the surface sediments east of the Transition Zones.

The area has been tainted by industrial activities since the mid-1800s, from ship building, to foundries, to sugar refining, and the power plant from around 1910 to 2011.

Following the public meeting for the cleanup plan to be held at 6PM in Mercy Housing’s Community Room at 1180 4th Street on November 4, the San Francisco Bay Region Water Board will review and respond to the public’s comments before making a final decision with respect to the final cleanup plan and timing.

The switchyard portion of the power plant site fronting Illinois will remain in operation, with plans for a modern new substation and public plaza in the works, as we revealed earlier this year.