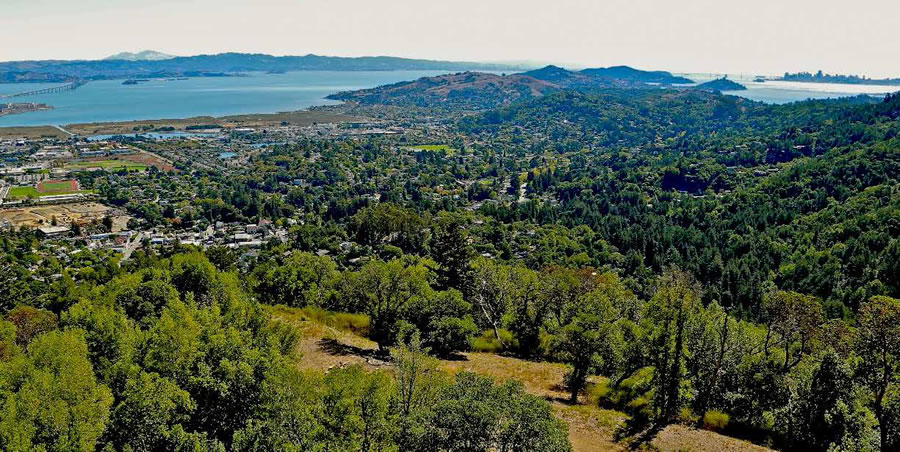 An assemblage of six Marin parcels stretching from Kentfield to Larkspur and encompassing 140 acres, the “King Mountain Estate” site has been listed for sale with an “undisclosed” address (it’s 128 Ridgecrest Road) and asking $39 million.  The price includes approved entitlements, but not the budget, to construct a private “legacy compound” totaling 35,000 square feet atop the site near Mount Tamalpais.

As envisioned by the seller and agent, the existing plans for the estate call for a massive 34,000-square-foot villa, or a modest 19,000-square-foot modern home with separate guest house and various other buildings, to rise upon the site.

Around 110 acres of the King Mountain site are designated as private open space, cannot be developed, and incorporate an existing public hiking trail which must remain as such, but the public’s access is technically restricted to the width of the existing path. The remaining “inner sanctum” of the site, upon which the development could occur, has been fenced.

With respect to the hot-topic of water, there are five wells on site, one of which has already been developed to support construction (and apparently there’s an agreement in place so that “public water can be delivered to the property at any time”).

Sinbad's Staves Off Sheriff's Eviction By Filing For Bankruptcy