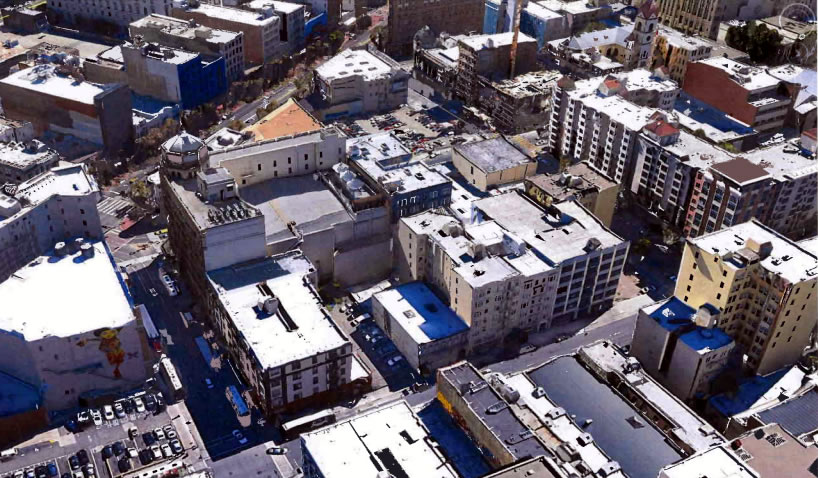 Mosser Capital Management is pushing forward with plans to subdivide the Tenderloin parcel upon which their 57 Taylor Street building and adjacent 105 Turk Street parking lot sits, and construct an eleven-story building with 70 “group housing rooms” upon the Turk Street lot. 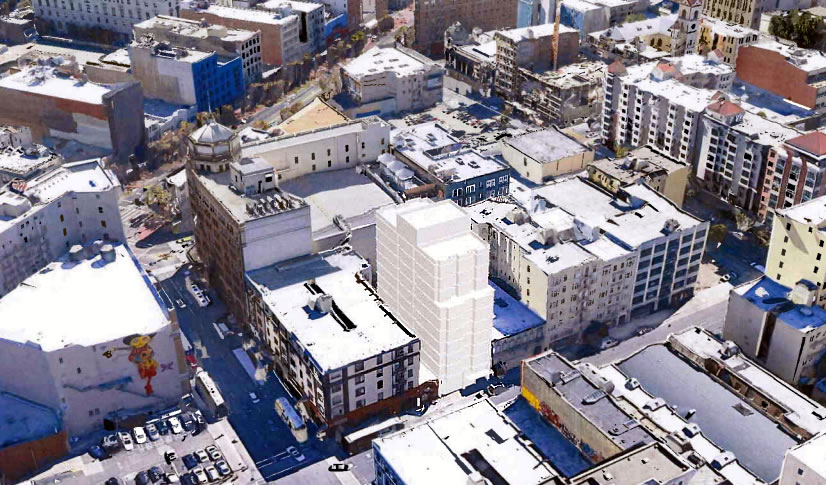 The 70 units have been designed to average a little over 400 square feet apiece, with individual bathrooms and kitchenettes in the units and a 1,350-square-foot common kitchen/lounge on the ground floor, and 2,000 square feet of community space on the second, to qualify the building as group housing. 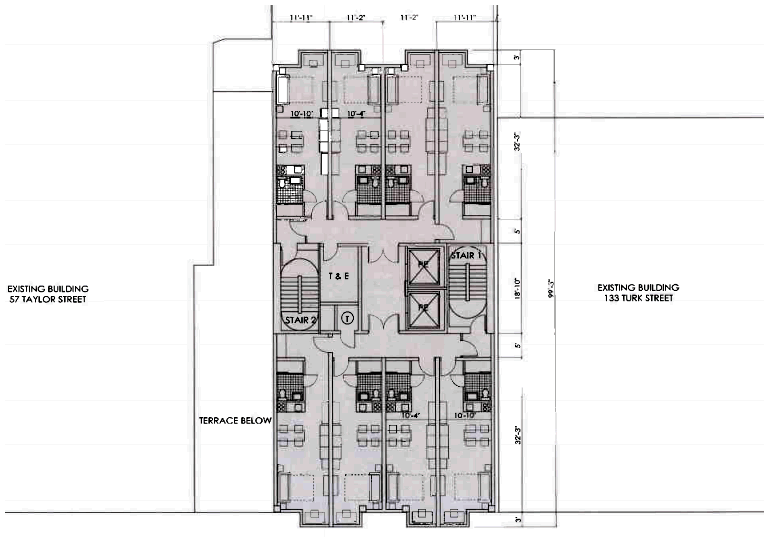 The development includes a 700 square foot retail space aside the building’s lobby and parking for 70 bicycles, along with a large rear yard and roof deck as proposed.  A ten-foot buffer and no-build easement between the Turk Street building and 57 Taylor would be maintained above the first floor. 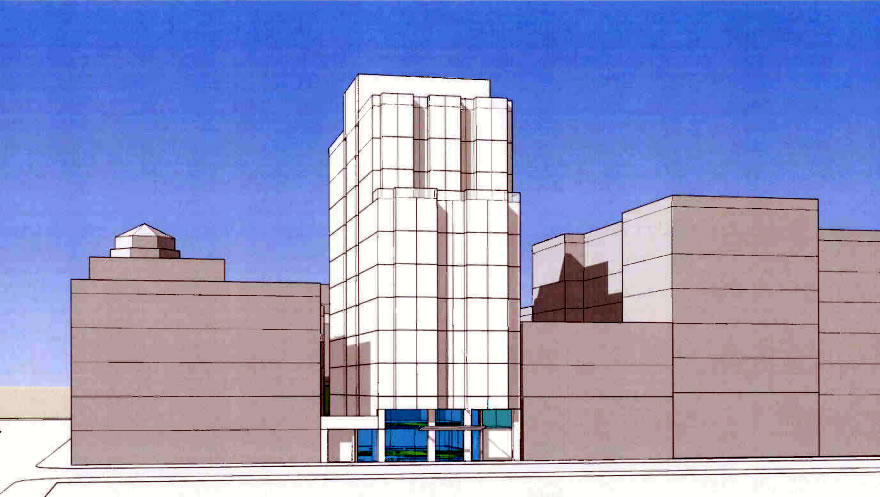 The estimated cost of construction for the building has been estimated at between $21 and $22 million for Planning.  And the parcel to the west, upon which the two-story building at 133 Turk Street sits, is zoned for development up to 120-feet in height as well.

The Budget And Renderings For 120 Affordable Transbay Units