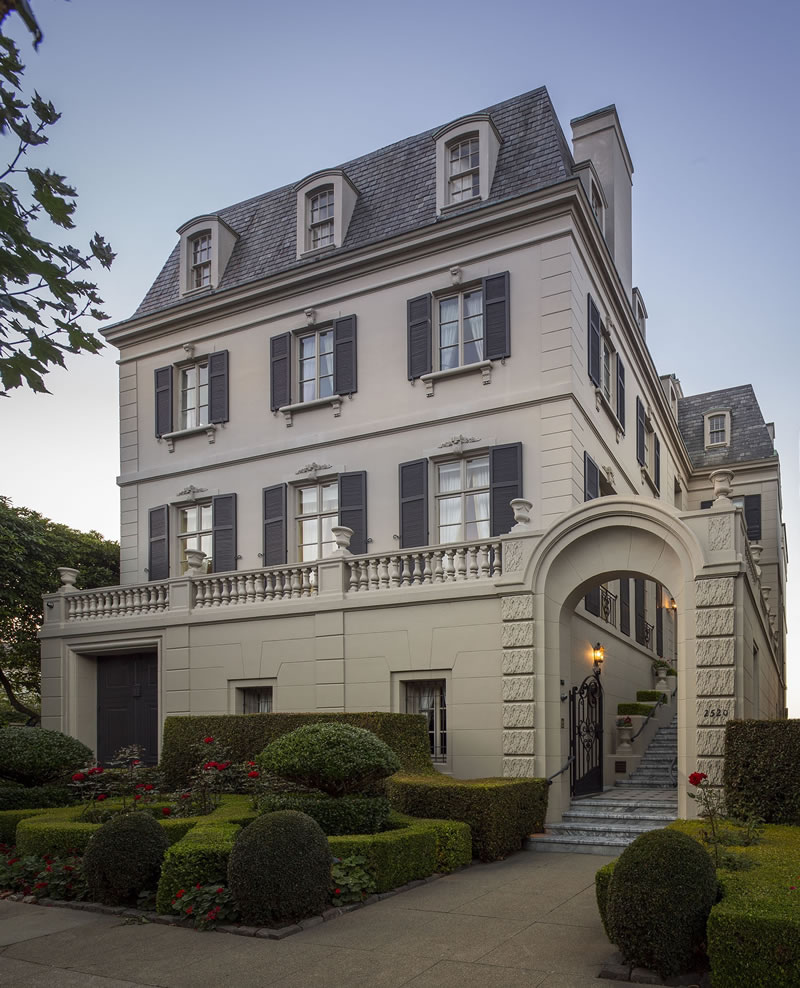 Built for the Spreckels family in 1905 and remodeled by renowned architect Albert Farr in 1929, the 12,000-square-foot Pacific Heights mansion at 2520 Pacific Avenue was purchased from the son of former San Francisco Mayor Joseph Alioto (Joseph Alioto, Jr.) for $6.3 million in 1997.

The buyers spent the next seven years, and millions of dollars, restoring and renovating the home. Over the years of their construction, they may have experienced countless issues and problems that they had to overcome to make the house of their dreams. They may have even had to follow these very strict plumbing rules one needs to follow when it comes to having any new sinks or faucets installed for example. And then in 2013, the “iconic Pacific Heights mansion [which] embodies timeless architectural flourishes and modern amenities that artfully complement a contemporary metropolitan lifestyle” was listed for sale at $27 million. 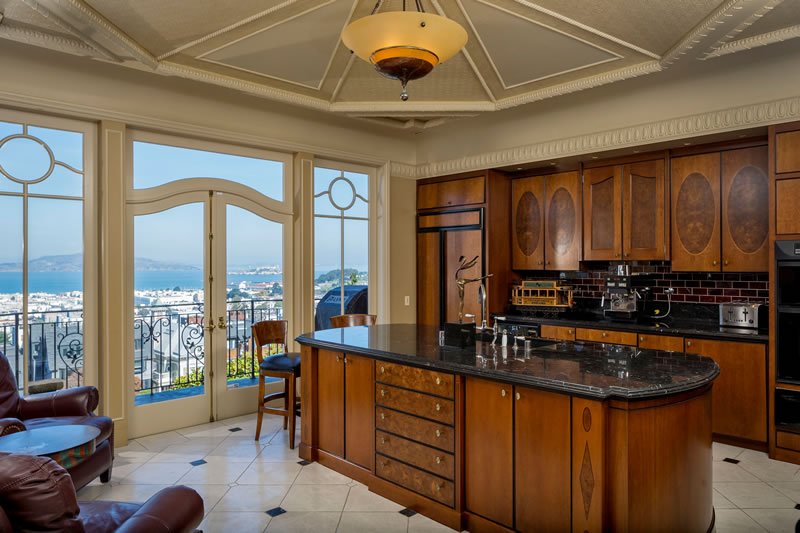 The “architectural tour de force” sold for $23.5 million in March of 2014, the most expensive home sale recorded in San Francisco last year. And now, permits to remodel every floor of the mansion have requested anew and the “exploratory” demolition work is already underway. Remodeling projects like this can take a while to complete, as this is quite a large scale change. Many remodeling companies like RemodelWorks.com would have been contacted to discuss plans and layout design ideas for this glorious mansion. 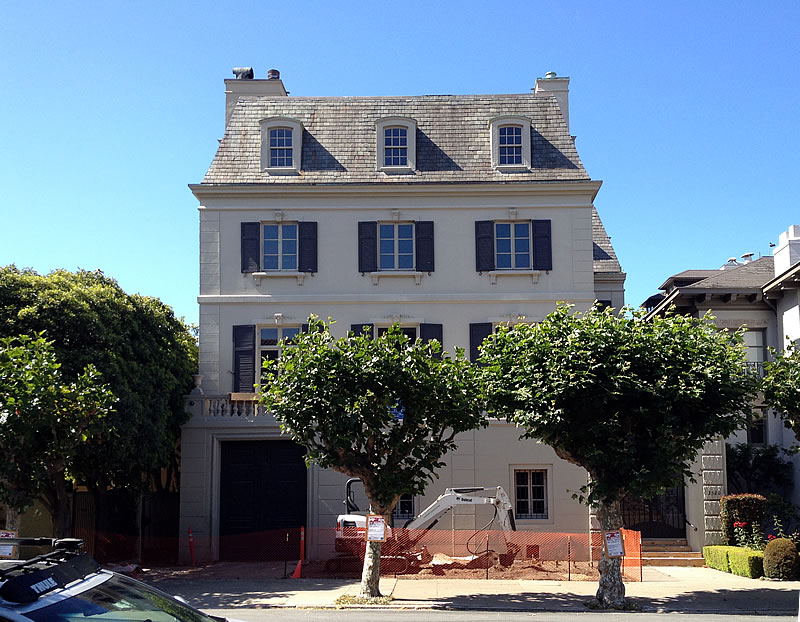 The latest plans include the construction of a new bedroom, full bath and storage rooms on the ground floor (which means the home ballroom is likely history, no word on the fate of the hidden probation-era bar), and an extension of the home central staircase from the third to fourth floor.

In order to accommodate the proposed design for the extended staircase, the plans also call for a relocation of the dormers on the west side of the home.

It is expected that the current owners will be reaching out to a number of award winning general contractors to find a team of builders willing to take on such a prestigious home improvement project.

The existing dormers, however, are actually higher than the current zoning allows, and as such, the San Francisco Zoning Administrator has determined that “the proposed relocation of the dormers would not be in compliance with the [City] Planning Code,” so the staircase plans might need to be revised.

Andrew Skurman Architects are directing the multi-million dollar remodel for the buyers who are hidden behind the “Pacific LLC” this time around.