The San Francisco index for single-family homes is running 9.7 percent higher on a year-over-year basis. And having gained 58 percent since January 2010, the aggregate index is within 2.2 percent of its 2006 peak. 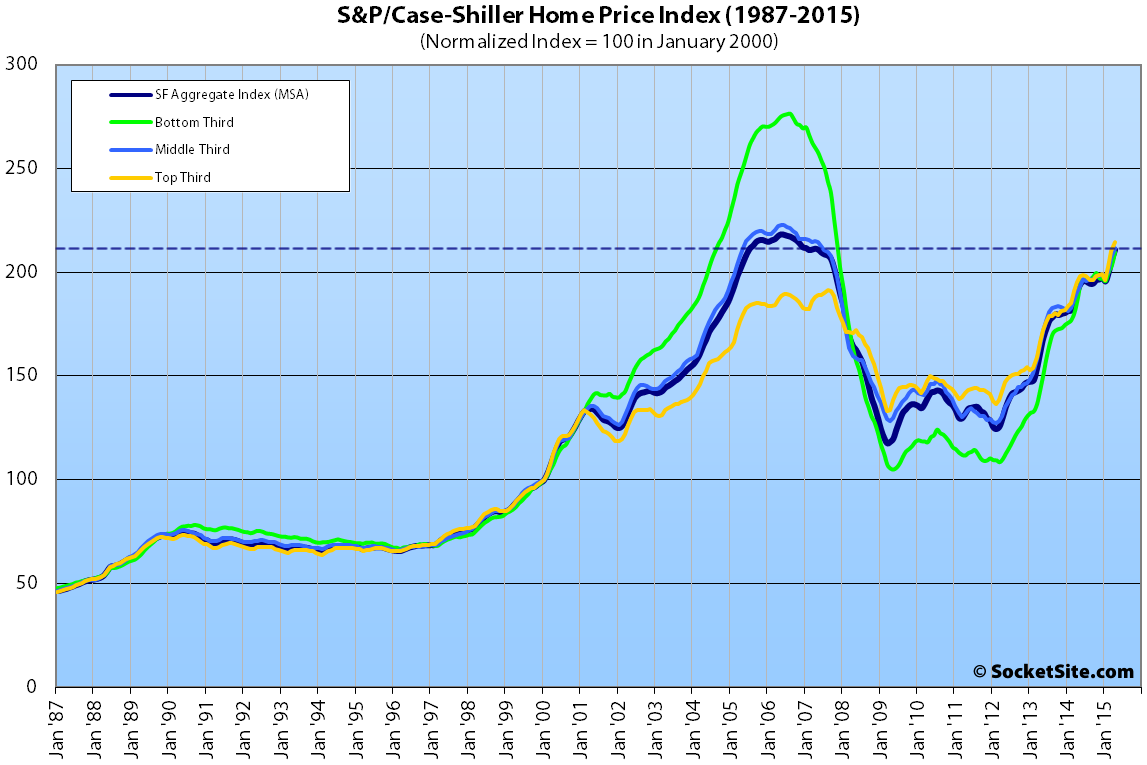 According to the index, single-family home values for the bottom third of the market in the San Francisco MSA have doubled since 2009 and are back to just below September 2004 levels (23 percent below an August 2006 peak); the middle third is back to June 2005 levels (3 percent below a May 2006 peak); and home values for the top third of the market are at an all-time high, 13.6 percent above their previous peak in August of 2007.

San Francisco condo values gained 1.1 percent in May and are running 13.4 percent higher on a year-over-year basis, 15.1 percent higher than at the peak of the previous cycle in October 2005 and a new all-time high. 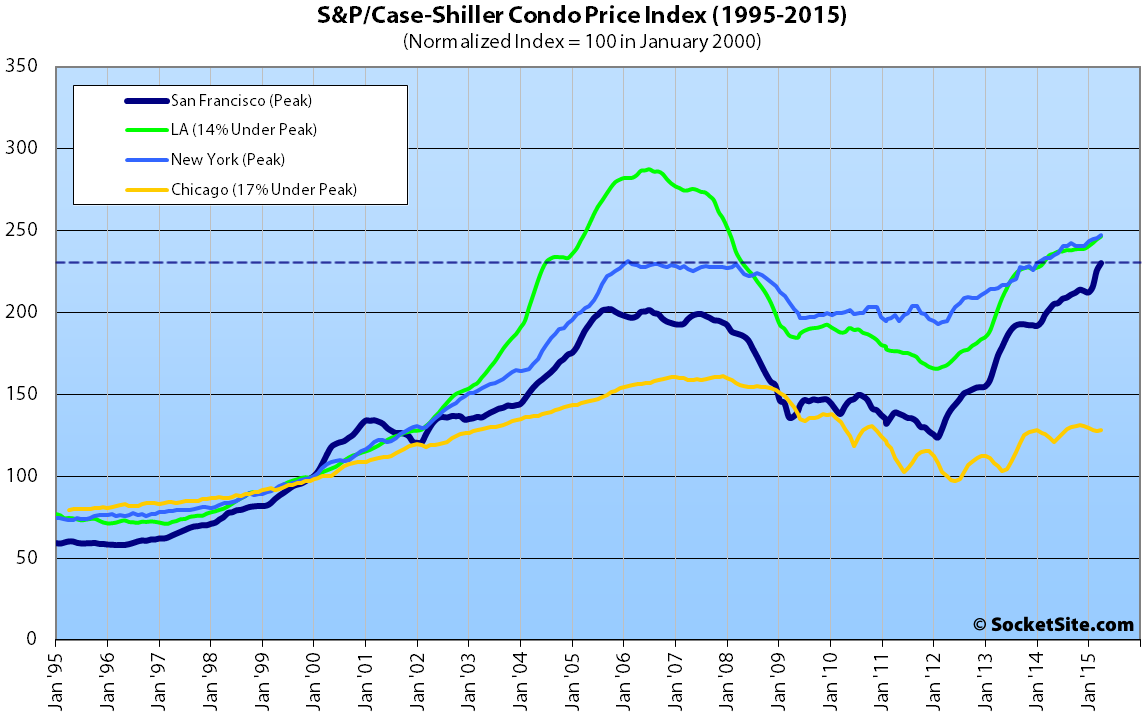 For the broader 10-City U.S. composite index, home values gained 1.1 percent in May and are running 4.7 percent higher on a year-over-year basis but remain 14.3 percent below a June 2006 peak.

“Nationally, single family home price increases have settled into a steady 4%-5% annual pace following the double-digit bubbly pattern of 2013. Over the next two years or so, the rate of home price increases is more likely to slow than to accelerate. Prices are increasing about twice as fast as inflation or wages. Moreover, other housing measures are less robust. Housing starts are only at about 1.2 million units annually, and only about half of total starts are single family homes. Sales of new homes are low compared to sales of existing homes.”

The long-term average annual home price appreciation for San Francisco measured 4.2 percent back in 2006, at which point the city was deemed “bubble-proof,” in part due to the inability to build on large swaths of underdeveloped land, such as Treasure Island.