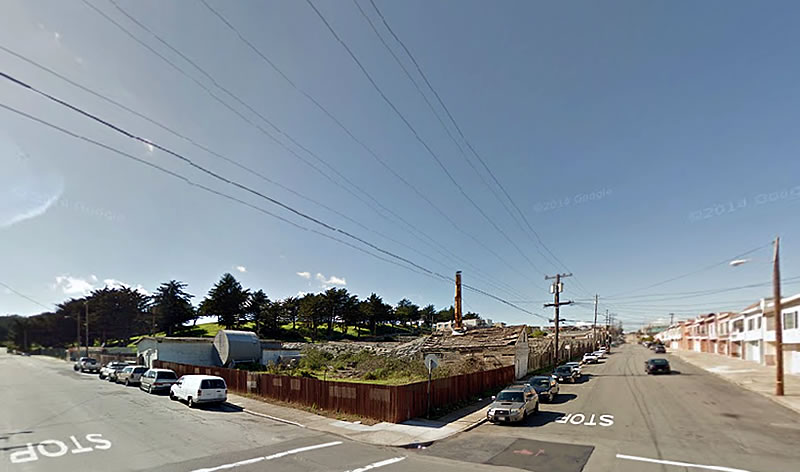 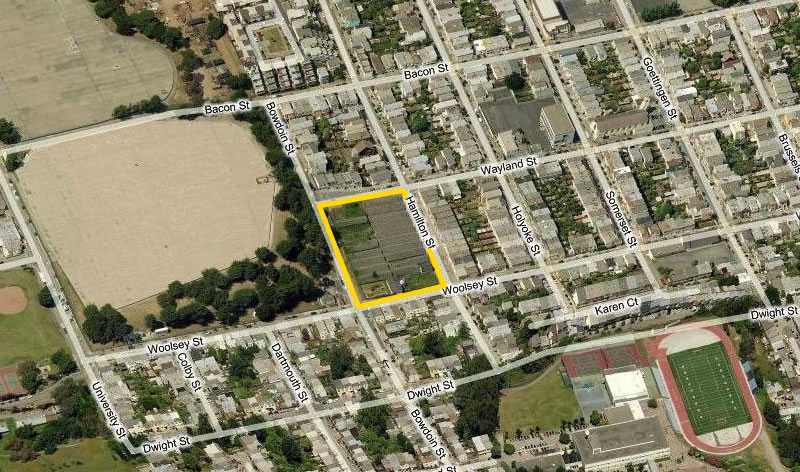 After nearly two years on the market without any movement, and despite a neighborhood campaign to secure the land for community use, the asking price for the 2.2 acre Portola District block bounded by Woolsey, Hamilton, Wayland and Bowdoin streets has just been reduced from $12 million to $10 million.

Owned by the Garibaldi family, the parcel known as 770 Woolsey Street is currently home to the decaying greenhouses of their old University Mound Nursery but is zoned for the development of around 34 single-family homes reaching up to 40 feet in height.  If a Conditional Use Permit for a planned development on the site was approved by the City, the parcel could potentially be developed with twice as many units.

A sliver of the parcel was incorporated into a design alternative for extending the San Francisco Public Utilities Commission’s Upper Yosemite Creek Daylighting project.  And a grass roots campaign, The Greenhouse Project, envisions co-purchasing the entire parcel with the PUC and restoring the greenhouses as a community park and amenity.

But neither the community funds nor a purchase agreement have been secured for any piece of the parcel and the broker remains focused on selling the block to a development team.